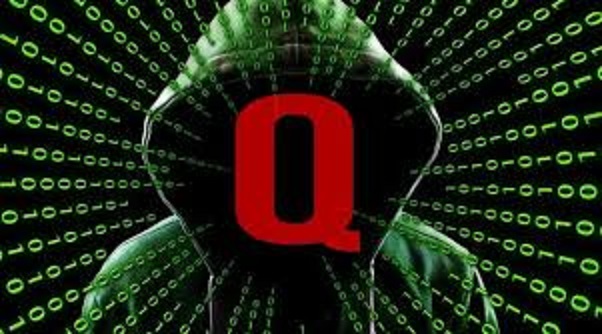 I sat here and watched several Q videos today. It was amazing the Q told me everything I already knew. It was like he was reading my mind or something.

Q would have us believe that people in the military made Donald Trump the president. I’m sorry I’m not buying that. Trump had played with the idea of running for president for decades so him actually tossing his hat into the race didn’t exactly come from left field especially considering the shape the United States was in after eight agonizing years of the Obama regime. Americans were more than ready for a change and it certainly didn’t take an outside force to get him elected.

Wouldn’t an outside force helping Trump get elected be nice? No, actually it wouldn’t. This type of Deep State behavior is exactly what we conservatives have been condemning and now we’re going to embrace it? Is this really how a Constitutional Republic is supposed to behave? In case you didn’t know the right answer is no.

What if Q is the exact same Deep State that we have been fighting all along? Q has tied himself to Anonymous using Q Anon in his handle. What has Anonymous accomplished? Anonymous has completely failed in its prime directive to keep the internet censorship free and since they failed why would anyone within the government or military attach that name to their organization? As I understand it the original movers and shakers of Anonymous were all captured and are currently working for the government or rotting away on some floating prison somewhere.

So here we have someone taking his name from an omnipotent character on Star Trek the Next Generation (this is a clue folks), tying himself to a failed organization, telling us everything we already know or want to hear, and claiming he has ties to Deep State operatives within the military. My question is how do people not see the red flags here.

Q would also have us believe that Donald J. Trump’s successes as a President is at least in part due to this group of military Deep State operatives.

Donald Trump wasn’t always a successful businessman anymore than you or I have always been good at what we do now. In fact for a while there he had more debt than assets. There is an old joke that was told long before Trump ever ran for office in which he and his wife are walking down a street in New York City and they come upon a homeless man sleeping on the sidewalk. Trump’s wife expresses her pity for the man and The Donald turns to her and says “He’s got 6 million dollars more than we do.” I bet some of you guys remember that joke.

You don’t build a multi-billion dollar empire because you don’t know how to read people, negotiate deals, and command respect from one’s adversaries. For some mysterious outsider to try to take the credit for any of Trump’s accomplishments is just simply outrageous.

So what is the point of Q?

Perhaps Q is just another bright kid in his mom’s basement having a lot of fun at everyone else’s expense as he slaps himself on that back for being so much smarter than anyone who couldn’t figure out that he’s just an internet troll. Or perhaps it is much darker than that and that the techniques used by Q are nothing more than standard techniques of indoctrination helping you accept a part of the Deep State (military conservative operatives) now so you can be fed more propaganda later and accept even more of it until one day ….. the Deep State runs it all.

The Deep State is cunning and vicious and has been involved in complex deceptions long before most people even know they existed. They do things like this because they think you are stupid and easily manipulated.

If you are a true American Patriot you must strive to be just as diligent with those you believe are your conservative allies as you are with your leftist enemies. The truth is, many of the people you might think are patriots are wolves in sheep’s clothing. There is so much of this level of deception that we have an entire group of people that we refer to as RINOs (Republicans in name only).

When someone tells you that Americans are opening their eyes to something be sure to turn and have a close look at who is telling you that. Remember that it is almost always the one making the accusation that is guilty of the crime like Obama and Hillary’s Russian collusion over uranium.

Yes, American’s are opening their eyes but we must also be aware that there are some who want you to open your eyes wider so that it is easier for them to stab you in the eye with a knife.

In conclusion, I have not seen anything about Trumps candidacy or presidency that remotely suggests that there is some mysterious outside force that has made any of this happen. We made this happen and never let anyone take that away from you.