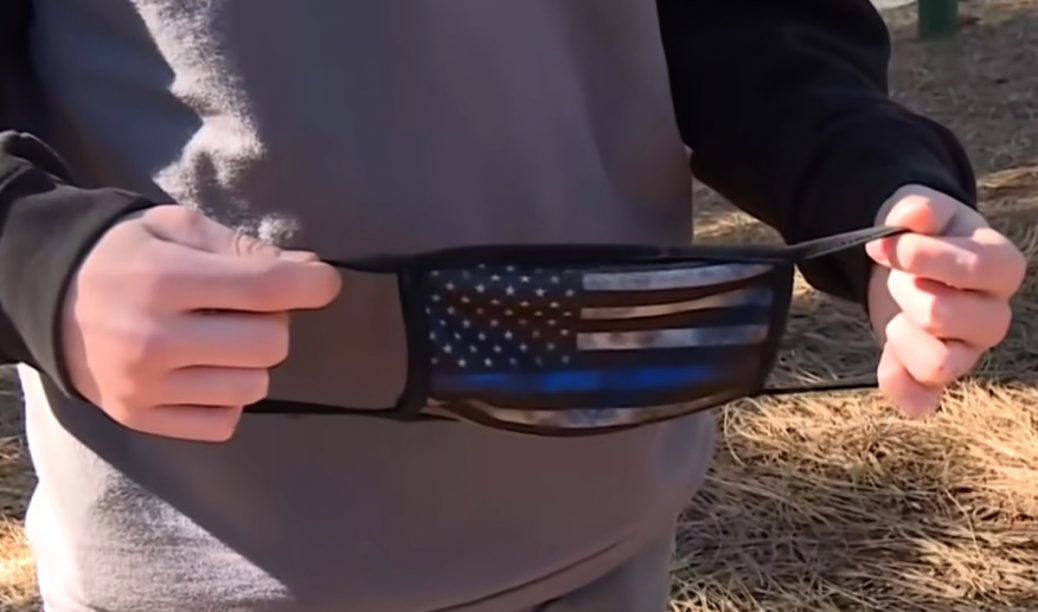 A student and his mother are blasting a Grass Valley, California, teacher for attacking the 13-year-old boy for telling him, “That’s not the American flag; that’s the new confederacy flag.”

The student, Lucas Lillar, said that he wears the mask to support his father, who is a police officer.

The exchange was caught on video: