Buying Off Our Allies 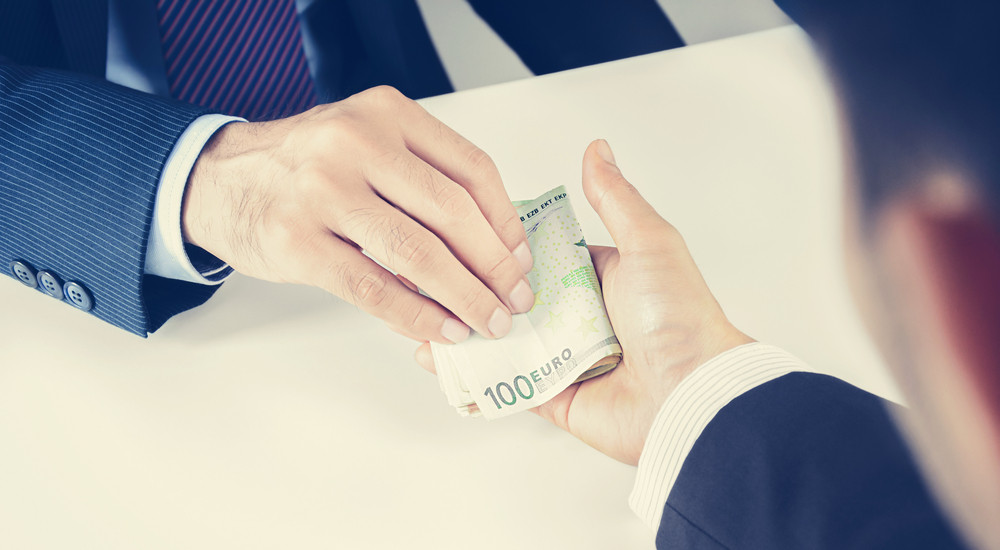 The latest rationale for approving a sale to the United Arab Emirate consists of telling the public that we need to cultivate allies in the Middle East.  Given we are daily denounced in that part of the world, that an attack on our country came from that region and the level of trust on both sides is nil, how much sense does this make?  We allowed the political rulers in that region to get rich by nationalizing our oil wells and refineries, We can’t afford to buy our own ports because we have a tax structure that is bleeding those rich that could have afforded to buy them. Instead we have encouraged our politicians to confiscate and redistribute from the wealthy for handouts to those who are sitting around waiting for the “government to do something for them”.  Have we been sold a bill of goods or what?

Does anyone realize that by bleeding our rich we have created foreign buyers of our properties?  Through the never ending avalanche of foreign aid and enabling foreign capital accumulation we have put tons of dollars into the hands of those who can now buy and control our ports, build weapon stashes that are killing our soldiers and pay off suicide bombers for killing innocents, flying hijacked planes, etc.  This is a two edged sword that politicians are wielding.  They are taking more and more in taxes to cover their hunger for passing out entitlements thereby discouraging capital and savings accumulation.  And they are using their misguided sense of “compassion” to funnel even more of the nations wealth into foreign pig pens that have tin horn fanatics to wave swords, incite riots and starve their citizens.  We hear that they ( our politicians ) don’t want the “people’ of country X to starve so we send more money and goods to be confiscated by the corrupt rulers to build weapons, suppress their citizens and then we take the blame because we didn’t do enough to help them as their politics forbid individual rights to be recognized.

As our money keeps losing value through expanding debt, borrowing and inflation we have to turn to those with the money we have either given away to or enabled other nations to accumulate by nationalization.  And this is supposed to be a strategy for fighting a war on terrorism?  Mislabeling the war as “ a war on terrorism” was a major mistake to begin with.  How can our leaders be so blind to not see that the terrorism is merely a method of fighting for a goal.  That goal is the same goal the Taliban wanted, Saddam wanted and the Palestinians wanted.  Elimination of the morality of the West demonstrated by the principle of individualism.  If you can’t formulate the enemy objectives, it doesn’t matter what tactic they use. We can’t label the ‘bad guys’ without being “insensitive”.  We can’t alienate a whole region as we need allies in that area.  How many allies did we have in Europe when Hitler was allowed to invade at will?  This nonsense of relying on “allies” is bunk.  We should be leading and expecting those who support our cause to fall in line, get out of the way or submit to the enemy.  Courting the favors of the unconvinced or the untrusted is like asking for help from a serial killer.  Where has national self reliance gone?

Trending: “The Russians Did It” & That Pesky $600 Million CIA Contract with the Washington Post

The political answer to having the wealth to buy and own strategic properties lies with the recognition that government must be limited and limited severely from its modern notion that it can become involved in and successfully resolve business problems.  How can we look to Washington , our state officials and /or our local officials to be the final solution to economic issues when they are debt ridden, have no productive capacity and aren’t a damn bit smarter than the people that put them in office.  An agency that can’t balance a budget and keeps running up more and more debt cannot be expected to somehow run everybody else’s business. Limited government is the answer and restrictions on government activities has to be paramount to reverse this tax gouging waste of the earning power of the American citizen.

Ask yourself why a Middle Eastern prince needs to own an American port that he only intends to manage without overriding any security concerns we might have.  If he is going to make money from the operation shouldn’t he be concerned with every aspect of the operation?  If he isn’t going to make money, what does he want it for?  And why did the British want to sell and why wasn’t there an American stepping forward to outbid the prince?  Is this some kind of quid pro quo that we owe those who haven’t openly spit on us?  What ever happened to the American backbone?  We know what happened to America’s wealth.  The two are disappearing simultaneously.  We’re sitting ducks in a country that can break out in civil war at the slightest provocation by a mystic in a foul mood, we have no unity from our political leaders and a bunch of apologetic ex presidents and ex vice presidents touring the globe as ambassadors of ill will.

All of these examples of incompetence and cowardice should be proof that someone has it all wrong and at a very fundamental level.  If this is ever recognized and rejected we could be on a better path.  We could have those ranting chanting mobs trembling in their caves with the best of them seeking asylum in the land of the free.  We could have ownership of all that needs to be owned by those loyal to our way of life.  We could be as secure as we once felt when we weren’t seeking to mollify every broken down barbaric culture with pandering and diplomatic bribes.  We could once again be the land of the free and the home of the brave.  And we wouldn’t apologize to anyone or anything for our way of life, our prosperity and our ability to defend ourselves. We could arise from the ashes but first we need to recognize who we are, who we have been and who we could become.  None of these goals should ever rest on what others think of us.  The quality of thinking we have seen from our enemies is not worthy of a passing thought.

Cuomo crooning ‘Do you love me?’ to an aide may be the most disturbing thing you hear
August 4th, 2021 Liberty Unyielding