The Business of Climate Change and the Rise of the Oceans 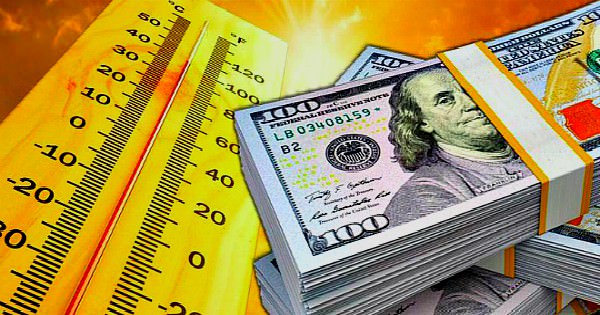 In 2015, Takepart.com posted an article  citing what coastal cities will look like after the sea levels rise.

They write that, “Sea-level rise is coming. Even if we keep global temperatures from rising more than 2 degrees Celsius above historic norms—the benchmark for avoiding catastrophic climate warming—we may still see oceans creep four feet farther inland by 2100 and rise 20 feet by as soon as 2200.”

I like the hysteric hyperbole – “catastrophic climate warming” and the fact (or non-fact) that we “may” still see oceans rising – which can equally mean that we may not. It’s a trick the warming alarmists always use figuring most will not pick up the “may” and instead hear “will.” And if you buy into this nonsense, this is what you hear.

The article cites a study published in the journal Science, where researchers compared CO2 levels of today with the last time they claim the levels were similar. It was apparently 120,000 years ago when the level was roughly the same as today, at approximately 400ppm.

They claim that, “Back then, the average global temperature was around 1 to 2 degrees higher than it is now, and the sea level was about 20 feet higher.”

I assume this is supposed to scare all the believers into thinking that água-armegeddon is right around the corner. See – the CO2 levels are the same – better get to higher ground! Don’t think about what was just said – just run!

Yes – run, because if you thought about it, you too might be skeptical.

Let me break it down. According to “scientists,” the last time atmospheric CO2 was at the same level as today was 120,000 years ago. If CO2 were the driver for warming, would it not already be 1 to 2 degrees warmer than it is, and would not the sea have risen 20 feet by now? But it hasn’t, which once again proves that these climate scientists really have little idea of what changes the climate. I certainly don’t, but at least I admit it.

Climate change may be something to be studied, but even more, it is a business – and a lucrative one at that. For proof – just look at the reaction of Elon Musk when he heard the news of Trump pulling out of the Paris Wealth-Distribution Treaty.

Musk tweeted, “Am departing presidential councils. Climate change is real. Leaving Paris is not good for America or the world.”

Yes Elon – if that is your real name – climate change is real – real profitable. No one is doubting that Musk is a innovator, but between Tesla, SpaceX and his latest venture, SolarCity, Musk is by far the largest welfare recipient in the history of the world.

No one – not even Al Gore, has been able to parlay the global warming hoax into billions of dollars. If not for government subsidies, tax breaks and giveaways, Musk would have gone bust long ago.

As of 2015, his companies had received an estimated $4.9 billion in government support. “He definitely goes where there is government money,” said Dan Dolev, an analyst at Jefferies Equity Research.

Conservative Review writes  that, “All of the tech pioneer’s major businesses rely on taxpayer subsidies. But specifically concerning the Paris agreement, America’s withdrawal most threatens his Tesla solar subsidiary. The fact SolarCity has already received around $1.5 billion (thanks to massive, cronyist tax credits), and hardly pays any taxes, seems not to enter into the equation for Musk.”

“New York State is spending $750 million to build a solar panel factory in Buffalo for SolarCity. The San Mateo, Calif.-based company will lease the plant for $1 a year. It will not pay property taxes for a decade, which would otherwise total an estimated $260 million.”

Yet even after all the giveaways and tax breaks, SolarCity consistently reports quarterly losses to the tune of hundreds of millions of dollars. “Last year, the company reported a net loss of over $820 million and laid off thousands of employees in response.”

Small wonder Elon Musk has abandoned the Trumpster. Musk knows who butters his bread, and it evidently not Trump.

Thank heavens we finally have a President and an administration who has wised up to the greatest scam every perpetrated. But the alarmists, as we witnessed, won’t go quietly into the night, or the rising tide.

The fight is far from over. In fact, it has just begun, which is why we “deniers” must continue to cite brave scientists who dare to buck the system and instead give us the facts about global warming and sea levels rising.

I think I will devote Sunday’s Podcast to just such a denier, one Nils-Axel Mörner.