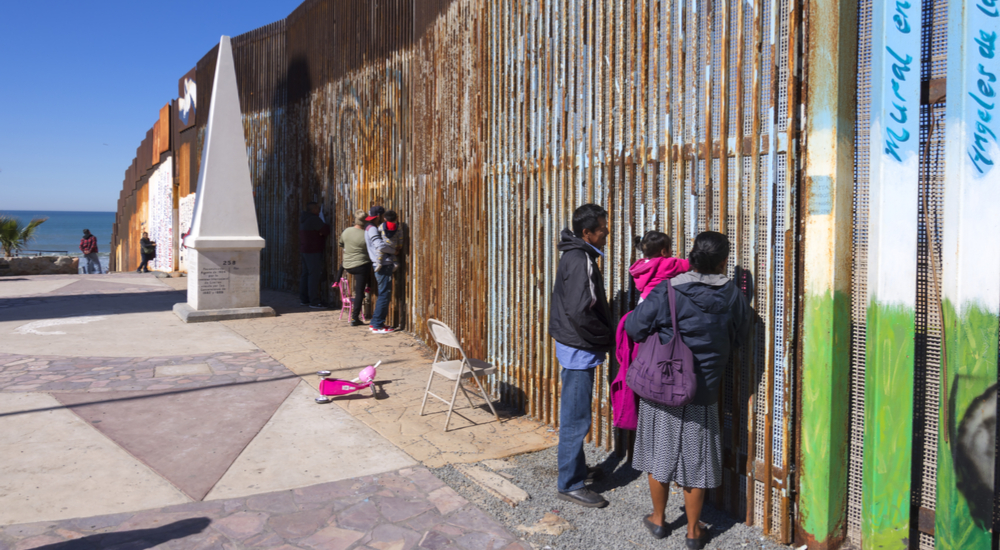 Since what seems to be a more pronounced aggression and division in the nation’s discussion of the immigration issue as of late, and the resulting partial government shutdown, you might have heard some in the political class, mainly Democrats, express themselves with this statement, “We don’t build walls; we build bridges”. I believe this to be a valid and noble sentiment, under the right circumstances. However, in this specific case, it is nothing more than a platitude, and an excuse to discount the need for a physical barrier on the southern border; it is all political.

With this latest immigration debacle that has enhanced the divide in this nation to even greater heights, there are some who seek to bring about change, and that if successful could perhaps avoid political, social and cultural breakdowns, and the constant havoc we face on any number of issues.

Recent articles in the Washington Post and New York Daily News both speak to the same issue, which seeks a resolution to a national problem, but along different paths. Upon reviewing both, and checking further into this subject, I have concluded that one of these efforts could possibly bring about needed change.

Attempting to bring together people of differing beliefs and ideologies can be a monumental task, especially in these contentious and turbulent times. In “Can civility and politics mix” the author reveals how private organizations, such as The National Institute for Civil Discourse and CommonSense America (CDCSA), is involved in creating venues where participants with different beliefs could gather, and engage with one another to discuss issues and make an effort to arrive at a mutual and respectful understanding. The American people, according to polls, seek a return to civility. Ninety-one percent of registered voters believe a lack of civility, especially in politics, is a serious problem and could potentially lead to violence.

CDCSA also creates policy papers on various issues and sends it to citizen members who review the information and in turn contact their elected officials. This eventually leads to the constituent having a dialogue with the official, without all the vitriol and usual talking points. According to the institute, they “have trained about 12000 citizens in civil discourse and have hosted more than 500 civility conversations nationwide”.

In “How to unite America, really”, the author discusses a national service requirement that would be necessary, and that would call for all Americans, who are both physically and emotionally capable, and between the ages of 18 and 28, serving their country in either a military or civilian capacity for one year. I believe demographics, gentrification, and language, among other changes, can create vast differences among people, and it is best to deal with these issues at an early age. The article goes on to say “Our nation is not just polarized, it is culturally Balkanized”.

Engaging the youth of America in compulsory service, outside of college and university campuses and away from any radical elements that would seek to indoctrinate, undermine traditional values, and warp impressionable young minds, I believe could be a first step in uniting America as it once was. This avenue of service would probably be under the auspices of The Corporation for National and Community Service. This is the same government agency that oversees AmeriCorps, and other national service programs.

There is however one factor that would first have to be addressed, this is especially true in the case involving private organizations if their endeavors are to be successful. Differences among republicans, democrats, conservatives and liberals or progressives, span a broad spectrum of beliefs both politically and ideologically. It can be said that those on the Right and Left are guilty of creating divisions among the American people. However, you cannot deny that the Left in America, in all its manifestations, is out of control. Their outrage can be triggered at the slightest provocation, and social media has created a new dimension of hate and viciousness. Contempt for President Trump, conservatives, and the deplorable is ever present and knows no bounds.

Whatever your opinion on this issue, I have concluded that for the foreseeable future they, the Left, are beyond reasoning, and at this time I doubt their participation in any form of dialogue is possible. The national service proposal is best to achieve the harmony and understanding that we are so much in need of.