Bring Your Gun to Church Week 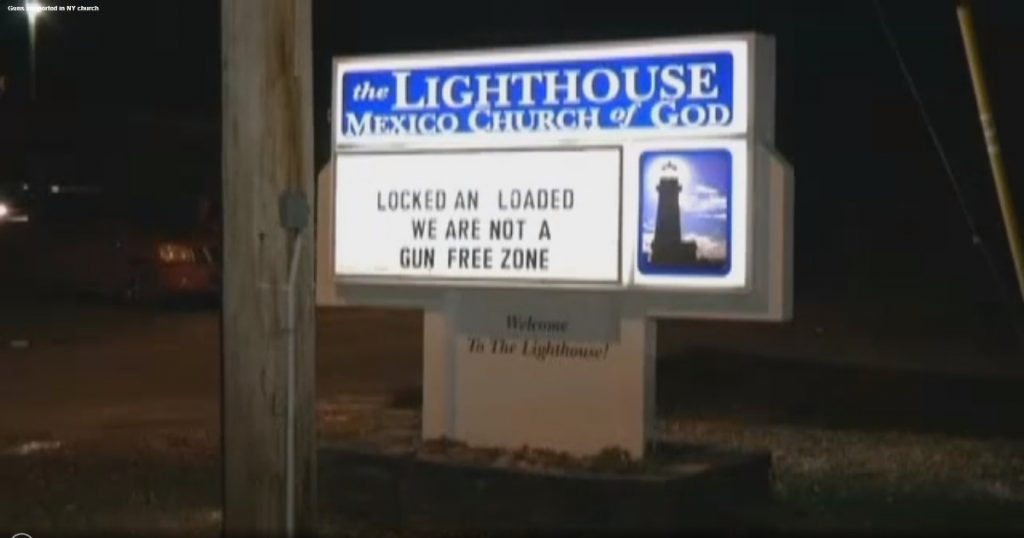 I laughed several years ago when a friend showed me the Sunday Bulletin from his church. It reminded members that the following Sunday was their monthly “Bring Your Gun to Church Week.” At first, I thought it was a joke since this was years before church shootings became commonplace. But he explained that one Sunday a month many of the church members had lunch and then went to the firing range together to maintain their firing skills.

I was reminded of this after the tremendous response I received from my most recent article (“Terrorist Massacres Entire Church”) in which I advised pastors and churches to establish a security plan. As a result of that article, I spent most of the last week advising churches on security and the most necessary components of a good security strategy. The fact that I am a pastor along with my experience in the Marine Corps and as an officer in the sheriff’s department helped me relate to the pastors as they sought answers.

But the Baptist church’s monthly excursion to practice shooting reminded me of the fact that having a security blueprint was not enough. It’s not enough to do as the Lighthouse Church in upstate New York does when it encourages its members to carry their guns when they attend services. Yes, their sign announcing that “We Are Not a Gun Free Zone” will probably discourage potential murderers. But what if one enters the church anyway? Are the armed members really ready to protect their church family?

The fact is that just having a gun does not mean that a person is ready to use it effectively. If you are part of your church’s security team, you have several responsibilities that you must fulfill before you can say “I am ready to defend my fellow church members.” To put it in church terms, if you don’t  prepare you are like a Sunday School teacher who doesn’t study the Bible.

Before I get into what I consider to be essential preparations, let me make two statements. First, this list is not comprehensive. If you can think of others, please contact me. Second, if you don’t fulfill all the requirements, don’t feel you shouldn’t carry your weapon until you do. If just one person inside the Sutherland Springs Baptist Church had been armed, even though untrained, he or she could have saved many lives.

There are many examples of armed church members saving lives.  Two come to mind. Jeanne Assam intervened in a mass shooting at the New Life Church in Colorado Springs, shooting the perpetrator several times and ending the attack. Two teenage sisters were killed and several others wounded. But it could have been much worse without this woman’s courage. The attacker had been carrying more than a thousand rounds of ammunition.

In September 2017, a member of the congregation at the Burnette Chapel Church of Christ in Antioch, Tennessee, was hailed as a hero for physically confronting a gunman who opened fire in the church, then holding him at gunpoint. One woman died, and seven others were injured in the attack. Again, think how much worse it could have been were it not for this hero.

So how can church members responsibly prepare to help defend their church in case a madman or an Islamic terrorist decides to visit?

First, talk with the pastor or the head of security of your church and let them know that you intend to carry. Find out what policies, if any, are in place, and follow them. If your church decides to be a “gun free zone,” I would suggest finding another church. Just as I wouldn’t take my family to a movie theater with a “Gun Free Zone” on the door (remember the massacre at Aurora, Colorado), I wouldn’t attend a church that was similarly short-sighted.

Second, make sure it is legal for you to carry in your state. Laws vary, and the Bible says we should obey the law. In most states, you would need a concealed carry permit. If you have one, you can typically carry in a church unless the church posts a sign forbidding guns. This is just my opinion, but even if you live in an open carry state (which allows carrying a six-shooter openly on your belt), don’t do it. Likewise, if you carry concealed, do so discretely. If it’s apparent that you’re armed, it might make some members nervous. And if an attacker can tell that you’re carrying, you will be his first target. That would pretty much prevent you from doing your job of protecting others.

Third, take the time to become proficient in the use of your weapon. Not just any weapon. Your weapon. No amount of practice at a range with a different type of firearm can substitute for absolute familiarity with the firearm you will actually carry. And just taking a course and practicing for a day does not take the place of regular practice preferably monthly. I would rather see someone I train practice firing for an hour every month than take an eight-hour, one day course. Regular practice develops muscle memory which is essential for accuracy. If you can’t get to the range frequently, do some “dry firing.” After making sure there is no ammunition in the weapon, you can practice sighting and firing your weapon – even inside your house. This is excellent practice that comes close to actual firing in its effectiveness.

Fourth, practice, practice, practice. Practice re-loading your weapon smoothly and quickly. Don’t ever assume that you will need only one clip of ammunition. Have extra ammo easily accessible, and practice until you are comfortable. You also need to practice drawing your weapon smoothly and quickly. If a mad gunman is attacking your church that’s not a good time to drop your weapon. Get a quality holster that allows for easy access.

Finally, know where to shoot. I know a lot of people will get upset with me about this, but the answer is not, “Shoot the bad guy.” Ask any police officer or military person, and they’ll tell you the only place to aim is “center mass.” That means the center of the torso. And yes, that means you will be shooting to kill, not wound. There are several reasons why this is critical, and why you must prepare yourself for this mentally and emotionally.

Don’t listen to people like this idiot Liberal professor: “What would have happened had someone inside the church had the weaponry and wherewithal to fire back at Kelley is an open question. Whereas Kelley was prepared, including wearing a bullet-resistant vest, the congregation was caught by surprise. Would someone have been able to intervene without adding to the bloodshed in some wild shootout?”  Professor James Alan Fox

First, how could anything anyone in the church did to defend themselves “add to the bloodshed?” Almost everyone in the building was killed or wounded. But if someone had had “the weaponry and wherewithal to fire back at Kelley,” he or she might well have stopped him before he got off more than a few shots. We know that when he was shot by a neighbor he dropped his rifle and fled. What if someone had shot him a few minutes earlier?

Sheriff David Clarke, a Democrat (believe it or not) told residents of Milwaukee County, Wisconsin, “Simply calling 911 and waiting is no longer your best option. You can beg for mercy from a violent criminal, hide under the bed, or you can fight back. But are you prepared? Consider taking a certified safety course in handling a firearm so you can defend yourself until we get there. You have a duty to protect yourself and your family.”

Since the average 911 response time nationally is eleven minutes, I would have to agree with him. Most of the killing in Sutherland Springs took place in the first 120 seconds. The police were there unusually quickly – four minutes after the 911 call. They were fast, but they were two minutes too late. An armed citizen shot the murderer and stopped the killing before the police arrived.

Since this massacre took place in Texas, I’ll let their Attorney General, Ken Paxton, have the last word. This is a statement he made after the church shooting.

If your church needs to talk to someone about security matters, please feel free to contact me through the website.

Texas Attorney General: Congregations Should be Armed After Church Shooting

CNY church after Texas shooting: ‘We are NOT a gun-free zone’

The NRA on Dry Firing Your Gun

PLEASE NOTE: This article was originally posted at www.ConservativeTruth.org

Critical Theory As A Psychoanalytical Approach To The Social Pathology Of Racism
June 13th, 2021 Sons of Liberty Media

PELOSI proves the Dems ARE above the law
June 13th, 2021 The Joe Messina Show