Breaking! WikiLeaks Source of DNC Leak Discovered! Not the Russians! 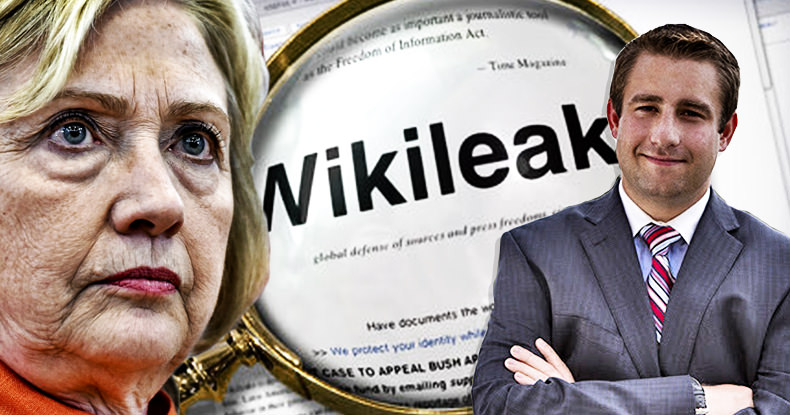 In a stunning development over the weekend, internet personality and blogger “KimDotcom” is preparing to present evidence on Tuesday morning that Seth Rich, the murdered DNC staffer, was the source of Wikileaks stunning DNC revelations during the 2016 Presidential election cycle, NOT the Russians as the media and Democrats have contrived.

Yes my fellow Americans, as you have long suspected, the Russians are a figment of the DNC’s imagination as an effort to distract the country from their corruption.

As reminded by the Gateway Pundit,

“On July 8, 2016, 27 year-old Democratic staffer Seth Conrad Rich was murdered in Washington DC. The killer or killers took nothing from their victim, leaving behind his wallet, watch and phone.

Shortly after the killing, Redditors and social media users were pursuing a “lead” saying that Rich was en route to the FBI the morning of his murder, apparently intending to speak to special agents about an “ongoing court case” possibly involving the Clinton family.

Everyone remember poor Seth Rich now? Certainly a suspicious set of circumstances to have a man murdered in a “robbery” with nothing taken from his body isn’t it? The story, of course, deepens:

“In August Wikileaks offered a $20,000 reward for information on the murder of DNC staffer Seth rich. Julian Assange also suggested in August that Seth Rich was a Wikileaks informant.”

See the video below for Assange’s comments which suggested Rich was the Wikileaks source:

Until this weekend, the evidence for Rich being the source of DNC leaks was convincing yet circumstantial. Until this tweet from the blogger Kimdotcom yesterday:

“If Congress includes #SethRich case into their Russia probe I’ll give written testimony with evidence that Seth Rich was @Wikileaks source.”

WHOA. This was the first indication that anyone possessed evidence to confirm the circumstantial trail of breadcrumbs which indicated Rich’s involvement. It isn’t the last indication however. In response to Sean Hannity’s request to view this evidence Kimdotcom continued:

“I knew Seth Rich. I know he was the @Wikileaks source. I was involved.”

The evidence itself will be presented on Tuesday as this brave blogger consults with his attorneys (and hopefully surrounds himself with a security team before the Dems give him the Seth Rich treatment) over the weekend. Hold onto your seats folks, the next few days are set up to rock the “Trump/Russia” theory and reveal what we’ve long suspected: the Russians are a creation of the globalists and mainstream media’s imagination.

I'm meeting my legal team on Monday. I will issue a statement about #SethRich on Tuesday. Please be patient. This needs to be done properly.