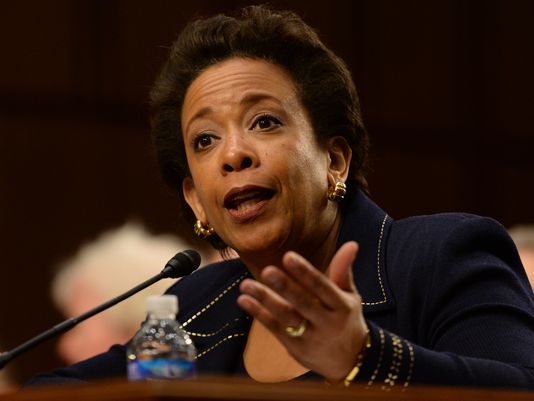 In today’s hearing, the Democrats’ shameless effort to deliberately and wholly distract attention from Hillary’s felonious behavior with respect to email-gate and Attorney General Lynch’s consistently stonewalling relevant email-gate queries were on full display. It was sickening.

The primary purpose of the Republican committee members’ questions to the AG was to determine whether or not there is a difference between “extreme carelessness” and “gross negligence”, and whether or not “intent” is necessary to prove that US Code Section 793 was violated.  Asked again and again what the legal distinction was, Attorney General Lynch routinely deferred to Comey and her “team “ of career Justice Department attorneys. After all, she’s only the Attorney General. Why would she be expected to answer such a legal question?

Committee Democrats’ deflecting attention from Hillary’s “extreme carelessness” by pretentiously asserting their caring about “more important” issues like the death of black victims in Louisiana and Minnesota as well as the assassination of five Dallas police officers was their painfully self-serving way of dodging the burning issue of Hillary’s lawlessness and elect-ability–the Rule of Law obviously of considerably less concern to them.

Once again, the ideological lines have been drawn, and there is zero interest on the part of the Democrats to uphold their oath of office and to honestly, objectively address Hillary’s lawlessness.

Who suffers by this charade and gross irresponsibility: nothing less than the Rule of Law and the Constitution of the United States.  And without either, there can be no equal justice under the law, no Liberty, no republic, and, most certainly, no chance for restoring public trust in government.

In short, we, once citizens of America but now subjects of Leviathan, have again been duped, dismissed and utterly ignored.

Get this through your heads: this is no longer a constitutional republic; this is now very clearly a country where the rule of Man, not of Law, is preeminent.

We must now look to our Founders for solace, yes, but also for their wise counsel and remedies. Those Founder-sanctioned and inherently rightful remedies are Civil Disobedience to express our unwillingness to submit to intolerable acts of government, State Nullification of unconstitutional federal acts in order to restore the State-Federal balance of power, Secession to defend constitutional order on at least the State level, or Rebellion in the face of tyranny.

The choice before us couldn’t be more stark: to restore our constitutional republic–while we are still able to do so–or to accept submission to Leviathan.

What will YOU choose?

“If the federal government should overpass the just bounds of its authority and make a tyrannical use of its powers, the people, whose creature it is, must appeal to the standard they have formed, and take such measures to redress the injury done to the Constitution as the exigency may suggest and prudence justify.” – Alexander Hamilton