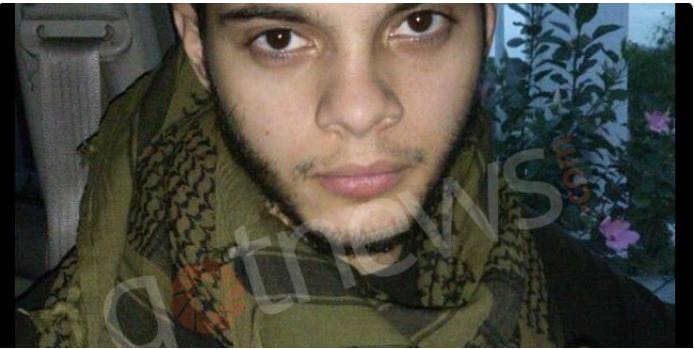 Using evidence piece together from all corners of the internet, digital sleuths have pieced together evidence indicating Ft. Lauderdale shooter, Esteban Santiago, is an Islamic terrorist.

Here’s what we know as reported by mainstream media:

Five Americans are dead after a shooting in the Ft. Lauderdale airport on Friday afternoon. The gunman, now identified 26 year old Puerto Rican Esteban Santiago was born and raised in New Jersey. The precise events of today’s shooting have been well chronicled by the mainstream media and paint a picture of an “enraged gunman” before he retrieved a handgun from his baggage and executed five Americans in baggage claim. Santiago is in custody.

What has not been reported by mainstream media and has been un-earthed by internet sleuths on Reddit and Twitter, is the indisputable fact that Esteban Santiago is an Islamic Terrorist. Follow the evidence trail for yourself below.

As reported by the Daily Mail and CBS News, Santiago walked into a FBI Alaskan field office last year and claimed he was being forced to fight for ISIS.

NEW: In Nov. 2016, FLL suspect walked into FBI office in Anchorage, claiming he was being forced to fight for ISIS, sources tell CBS News.

Additionally, in what the media is currently choosing to ignore, Santiago posted on various internet forums and downloaded and uploaded various Jihadi videos as early as 2007! In a series of tweets which follow below, the good folks at WeSearchr, using digital breadcrumbs, have unearthed Santiago’s terrorist background! In contrast to what is being reported by mainstream outlets, this devastating attack on the United States is NOT the work of a mentally disabled gunman – this is the work of an ISIS terrorist who has been laying the groundwork for terrorism in the United States for 10 years! See the evidence below for yourself: