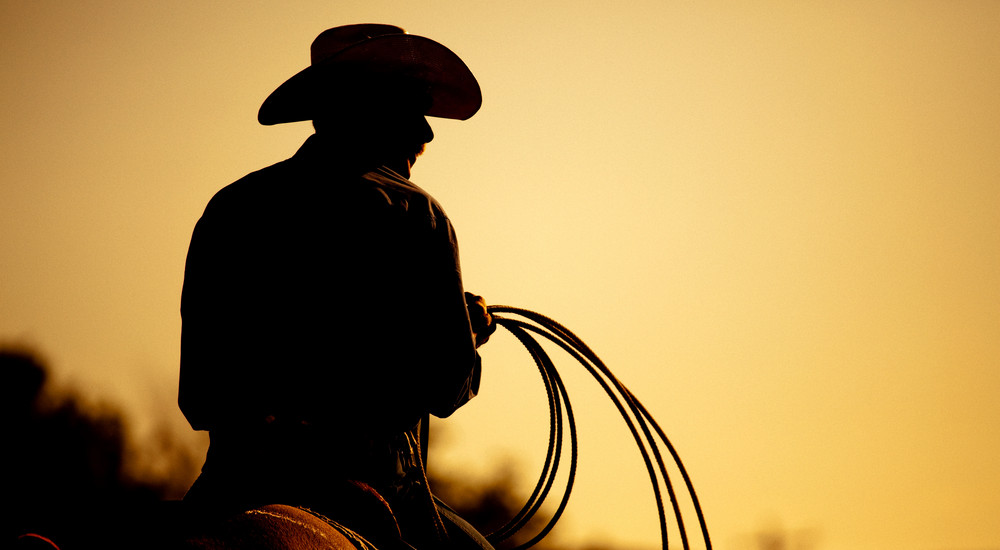 Cowboys have been known for many decades for their independence, their bravery and willingness to confront evil in a land where law and order was only on the far eastern horizon.  They represented Romanticism as heroes of the silver screen for many decades.  Men who displayed competence, determination, bravery, and honor summed up with a vision of “manliness’.  The heroes were never portrayed as “vulnerable”, feminine,  cowardly, deceitful, or unable to control their destiny and way of life.  Not until now.

“Broke Back Mountain “is aptly named, for breaking the back of the “mountain” that was the cowboy image has certainly been an attempt to re-portray the cowboy.  It is a despicable idea that the man who lived, fought, and died in the wild west of old could somehow be a coward who hid his desires for aberrant behavior.  No doubt there were homosexual cowboys but they were seen as deviants and certainly not heroes that could face down danger, stand up to the crowd, and fight for justice.  The heroic cowboy had no hang-ups.  There was no whispering behind his back nor whispering on his part.  He faced all kinds of dangers, but the disapproval of his peers was not a concern he bothered with. The cowboy has always in the past brought up the vision of the man who would be admired.  He would be seen as the best a man could be in the environment he chose to abide.  He would be most of all an individual and not a “pair”.   He was not all about relationships. When the true cowboy rode off in the West leaving the girl behind it was not because he was looking for a man. He was portraying his love for this life as an independent drifter that could not be compromised.  He had no ties and wanted none.  This was the individual portrayed in the character of the cowboy.  The villains could be perverts, deviants fops, crooks, thugs and sissies but the cowboy was not.  His character demanded the virtues of independence and strength. Imagine the bar room scene where the villain threatens the cowboy hero with shooting his male lover.  The hero would be only a pawn of his dependency to his desires for sexual gratification.  He might drop his gun for a friend or a girl, but a male lover just doesn’t fit . This is not a cowboy hero that America can respect or admire.  Why?  Because no matter how you rationalize the equivalence of heterosexuality with homosexuality there is a difference.  And that difference is the same difference as sex between humans and animals. It can be done but it is not normal.  It requires an identification of the nature of man and woman. It requires discrimination of the differences in both anatomy and function. If one cannot help their desires they have not looked at values they are relying on to trigger emotional responses. A woman who falls for the same kind of bum repeatedly also says ,”she can’t help it”.  As long as she ignores the identification process she’ll make the same wrong choices.  The same phenomena is the reason for homosexuality.  If it is clouded with emotional desire, it does not change the fact of the identity.  But Hollywood is all about feelings and forget the facts.

So what motivates Hollywood to destroy that which is the best of America.  What makes the writers look at the past and instead of seeing the value of the portrayal of a hero see only how can they sneak the shock power of homosexual activity into mainstream acceptance?  It can be explained but it isn’t a pretty sight. They hate John Wayne.  They hate the image he portrayed.  Their view of the universe is paramount in their politics and now in their productions.  They hate George Bush and because he has been portrayed as a cowboy, if you can denigrate the vision of the cowboy you can denigrate George Bush.  The logic works this way.  Portray and promote cowboys as less than heroic and it will be one more blow that will eliminate future George Bushes. They think and portray the following: Cowboys can’t be macho because  that is so passe’.  Cowboys are no longer bigger than life, but a mishmash of human frailties. Cowboys weren’t so hot.  Cowboys can be vulnerable too.  This is the swill that they rave about and give awards to.  And it all comes from a grimy little vision that says heroes don’t exist, life is a cess pool of dependency and we want to rule . We want to rule with the free wheeling whims of the Clintons and we don’t want any tough guys standing up to enemies.  We can make friends, be sensitive and be all inclusive except for the heroes which we don’t want people to turn to and admire. That’s why we don’t make good westerns any more, why our TV sitcoms are filled with snide innuendo and unless a production has shock value it isn’t in sync with our vision of what might and ought to be which excludes heroism. Our feelings tell us that if it feels good then do it.  We don’t ask or seek where our feelings come from and we despise those who would attack us for our feelings.  We want emotional rule and we’ll stoop to any level to achieve it.  If it is shocking and denigrating we will praise it.  If it destroys that which is a threat to our free wheeling distortions it must be ignored or denigrated.  We will not succumb to hero worship but we will elevate our feelings to prominence, our feelings are our heroes.  This is the unspoken creed of today’s Hollywood and those who admire and support its notions.

There have been writers in the past who admired and portrayed heroes.  They recognized the possibilities of their art to show the best of humanity and the inspiration it had.  They were heroes for their recognition and portrayal.  Today’s writers are supporting the opposite notion and they too mirror their creation.