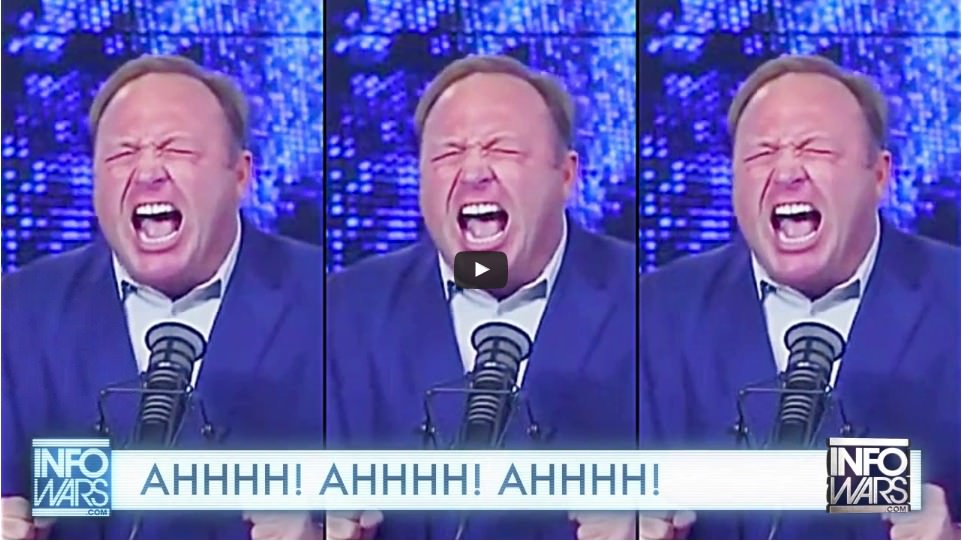 Bon Iver is a popular American folk band.  Just a few days ago the music production company Super Deluxe released online a parody of Bon Iver featuring music by Nick Lutsko accompanying video of internet reporter Alex Jones from InfoWars.  In the video Jones is portrayed doing a variety of his rants in the musical style of Bon Iver, with Jones’ verbatim rants as the “lyrics”.

As of this writing, views are rising Left and Right.

What we have here is another instance of the political Left and Right being so far apart that absurdity to one is seen as revelation by the other.

A parody is typically intended as ridicule.  I do not know for sure if that is what Super Deluxe had in mind for this video.  Certainly the Left has taken it that way. Here is a quote from the liberal web site VOX.COM’s review of the video.

The Super Deluxe video handpicks several [rants] in that vein and, by changing their tempo and tone, shows them for how absurd they are.

But it seems to be not working out that way.  People who are clueless about the state of things are cluelessly watching the video.  And they are hearing new things.  Statements they would never have encountered otherwise.  Here are some quotes from the comments on YouTube.

Why is this so catchy?! Why do I keep clicking the repeat button?! Suicide can wait because I just found my happiness.

heeey I’m starting to warm up to you Alex. You’re pretty cool all of a sudden man.

This changed my life. Alex Jones is a prophet.

This is what a trending video should be.

This is one of the greatest YouTube videos ever made.

I have replayed this 5 times now. so good

This is too good. Like….wut

Wow what a time to be alive

I hate Alex Jones but love this vid

This woke me up

Love you Alex you do the world good even though you sometimes go a little crazy with your inner beast, just like anyone else who’s sick and tired of the scum, it’s just to be expected. God bless you and God bless America

And of course there is also, for example:

I laughed, until I remembered people actually take this guy literally.

Such a beautiful Neanderthal

I imagine after all of this you’d like to view the video?  Here are two links. The first to the original video:

and a second to Jones’ response.

Alex Jones promises to document instances of every “crazy” rant in the video in weeks to come.  This could be disturbing.

Will Jones’ anger do any good?  (Other than make Alex and others of us feel good for the moment?)  In James’ letter to the early Christians he states “… the anger of man does not produce the righteousness of God.”  So the question is:  Is Jones’ anger righteous anger, to produce righteousness, or just self-righteous?

It seems to me unlikely that an ordinary person would feel self-righteous about being better than a Satanist.  Rants they are but, unlike the Left, violence-free.  So Jones’ anger looks to me to be righteous.  If this is the case, it could do some good; Super Deluxe may have accidentally spread the word far beyond the confines of InfoWars.