Law States that Hillary Clinton is Ineligible to Run for Office! 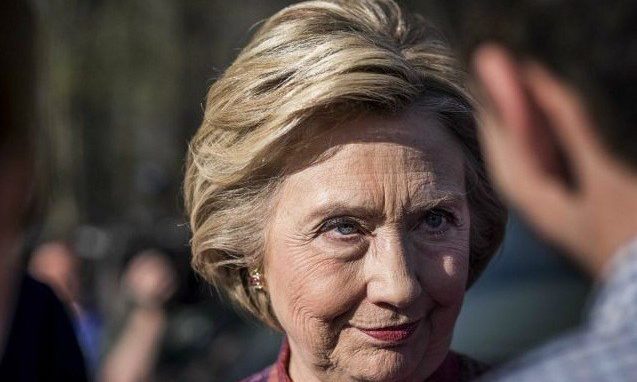 STOP THE PRESSES!  Hillary cannot legally even be a part of this election. According to U.S. Code Title 18,Section 2071, as placed in the Cornell Law Library, this law, shows that Hillary’s government email scandal, disqualifies her from holding any federal office. Here is that law word for word:

“(a) Whoever willfully and unlawfully conceals, removes, mutilates, obliterates, or destroys, or attempts to do so, or, with intent to do so takes and carries away any record, proceeding, map, book, paper, document, or other thing, filed or deposited with any clerk or officer of any court of the United States, or in any public office, or with any judicial or public officer of the United States, shall be fined under this title or imprisoned not more than three years, or both.

(b) Whoever, having the custody of any such record, proceeding, map, book, document, paper, or other thing, willfully and unlawfully conceals, removes, mutilates, obliterates, falsifies, or destroys the same, shall be fined under this title or imprisoned not more than three years, or both; and shall forfeit his office and be disqualified from holding any office under the United States. As used in this subsection, the term “office” does not include the office held by any person as a retired officer of the Armed Forces of the United States.”

Yes, it explicitly states “shall forfeit his office and be disqualified from holding any office under the United States.”

Eighty First  U.S. Attorney General Michael Mukasey stated on MSNBC that even having a private server with security information disqualifies her from any office.

As to be expected, Snopes, that phony setting-it-all-straight organization has immediately grabbed on to this as they have grabbed many other headline stories, making it their own story to capture attention, which in turn draws more viewers to their site. That site and Truth or Fiction pulled this same trick on me to try and kill my story about Islam becoming a required study at the public schools, a month after 9/11.

We fact-checked this story, provided by our anonymous researcher, and that law is for real and lays it out perfectly.  Yet, our Communist controlled government will let this slide unless we take action.

Remember, Obama was PLACED in the Oval Office by Communist Party USA (CPUSA) even though to legally run for president, one MUST be an American Citizen born in this country. Yet, the highly paid leftist lawyers managed to seal his records and slip him in despite the constitutional law of eligibility.

There are more than enough Communists and Muslims now in Homeland Security and the Department of Justice to squash this very clear law. Their controlled newspapers have printed only the information they want to be seen, exactly as it was in the old Soviet Union.  This has taken years to accomplish.

The tearing down of the Berlin Wall--The Iron Curtain–was not a spontaneous act. There is no way it could have been. I saw the conditions there. That entire thing was carefully orchestrated along with the published belief that ‘Communism is now Dead.’ This way we would let down our guard. It worked.

This was a master deception to get people out of the way as they re-grouped for the finale. I was told, while behind The Iron Curtain exactly how they would accomplish this, and take over the U.S. without a shot being fired.  And Obama was waltzed in with great fanfare.

Indeed, the United States of America has been under communist rule since Obama. While it was subtle, it will now explode to reality following this “election.”

This is it. According to thousands of communications monitored, if Hillary “wins” a civil war will take place. America has had enough. If Trump wins, the communists plans an armed uprising, which they have shown in the past.

I personally witnessed this in Cuba and in Rome. They will attempt to put us under Communist dictatorship by force, exactly as they did in Russia. And while the people felt surrounded, only 20% were actually communists.Remember that. The citizens could have overtaken them but the soviet controlled newspapers bluffed them into submission.

Assisting in this forced government, Virginia Governor Terry McAuliffe just before this election, pardoned 60,000 convicted felons and has allowed them to vote, which could swing the election. The craziest of all, Obama just announced that people illegally in America, are actually citizens, and can and should vote. I kid you not. Check this on Google.

The reason that Hillary has been given a pass: CPUSA enforcers are ready to put her in office so she can push immorality in this country. Why? Immorality, including the encouragement of LGBT behavior, along with other sins, weakens every individual, making them more easily controlled by a dictatorship.

That is where we currently are. Be prepared to protect yourself and your families. But don’t just sit and wait. GET OUT THERE AND VOTE FOR TRUMP. Let us show our numbers. Numbers also signify strength. Then, stand ready.