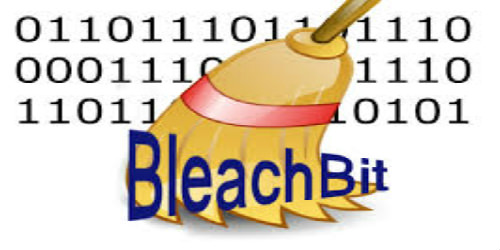 It has been said that the “Only thing necessary for the triumph of evil is for good men to do nothing.”  Nowhere is such truism more evident than at the intersection of religion and politics.  Imagine, if you will, this scenario:

An elite force of Vatican insiders, loyal to the Pope, has hatched a plan.   They have identified, trained, and have funded, Catholic operatives who will be placed in key positions within the Democratic Party; The goal of this clandestine endeavor is to inject conservative Catholic values into politics so that the Catholic faith can more greatly influence democratic political culture.   This is somewhat of a Catholic “Revolution,” designed to take what government has “bastardized” through liberalism.  The goal is subversion through integration; political policy desensitization through an osmosis of faith.  My gosh, I can hear the vitriolic reverberations now:  “This is a travesty!  We must have separation of church and state and we must punish the brazen Catholic faithful because their mission has extended beyond mere evangelization and into the realm of politics.  The church’s desire to influence, through subversion, must and will result in loss of tax-exempt status!”

Next, imagine this scenario:  An area mosque embraces and endorses the application of Sharia Law.  The government, through organizations it creates and supports, works to find women who will not adhere to Sharia law and encourages them to attend the mosque to change the culture through social media shaming and other techniques to encourage “change from the bottom up.”  Further, the government-created organizations encourage gays and lesbians to attend that particular mosque; even providing transportation and working with media to cover the sensationalism created.  The intention here is to fundamentally influence religious practices in order to make the practical application of religion at this mosque more compatible with Western norms; to foster a sense of inclusion for all people and a greater sense of self-worth for women.  I can hear the screams now:  “How dare the government interfere with religious freedom!  A government that would do such things does not respect the Constitution (regardless of whether Sharia Law does).  It has demonstrated Islamophobia as well as ethnic and religious targeting in this regard.  This non-inclusive, overreaching government must be sued for violating our freedoms.  Somebody call the A.C.L.U.!”

Scenario #3: Democratic Party operatives plan a “Catholic Spring.”  This is the real-life scenario that’s actually playing out.  Like the mock Islamic example above, government leaders indicate that they have “already created organizations explicitly designed to infiltrate the Catholic Church with progressive ideology.”  They then go on to reference a “revolution” that they wish to create within the Catholic Church.  These thought leaders go on to say that they want to change the church from “the bottom up.”  They refer to the current church as “an amazing bastardization of the faith,” simply because the core religious beliefs of the church do not conform with the political party’s beliefs. Followers of this religion are classified as being “attracted to systematic thought and severely backwards gender relations” just because of the faith that they have chosen.  One government operative goes on to say, “I imagine they think it is the most socially acceptable politically conservative religion.  Their rich friends wouldn’t understand if they became evangelicals.”  Funny, as a conservative Catholic, my belief is that I not only have been evangelized; but, it is my duty to evangelize.  I am an evangelical Christian!  Viewing true Catholics as not being evangelical is just as insulting as viewing Catholicism and Christianity as mutually exclusive…they are intrinsically tied together.  Then again, what do Democratic operatives know about faith in anything but worldly matters?  Their religion is different, as I’ll explain below.

Okay, let’s break down the three aforementioned scenarios.  In today’s America, is it fair game for a religion to infiltrate the government to push a religious agenda (scenario #1) if scenario #3 is allowed to play out?  Folks would be quick to tout the “separation of church and state” as a reason for preclusion.  Scenario #2: While the goal of scenario #2 is similar to the goals of scenario #3 (to change religious norms through government interference), scenario #2 would never happen because the target group is Islamic and the fear of being labeled an Islamophobe is taboo in a politically correct world.  Scenario #3, as previously mentioned, is the real world scenario.

Catholics are fair game to target.  Why is it fair game for Catholics and Christians to be targeted?  Is it because the enemy knows that we’re called to forgive them?  Is it because our enemy knows that we are not called to kill or convert infidels to our faith?  Is it because so many so-called “people of faith” have been politically evangelized to the extent that their religion -what they truly believe in- is their political affiliation and their claimed reigion is simply what they do for a period of time on Sundays and Wednesday evenings? What makes us fair game and an easy target?  The questions are simple; the answers are complex.  Suffice it to say, a fair amount of the targeting is set up not via a bastardization of faith (as claimed by the Democratic operatives).  Faith remains constant…politics change; and, the faith that folks put into their politics (at the expense of their religion) has changed as well.

I want to quickly explore two different topics related to the Democrat’s attempts to BleachBit my faith.  Those two topics are: (1) The “Separation of Church and State” concept as well as (2) Secular Humanism as a faith.

Google: “separation clause” and this will pop up on your screen:  “The First Amendment’s Establishment Clause prohibits the government from making any law “respecting an establishment of religion.” This clause not only forbids the government from establishing an official religion, but also prohibits government actions that unduly favor one religion over another.”  The genesis behind the First Amendment was that which the original colonists fled: an overreaching Church of England…an official state religion.  The intention of the establishment clause was to keep the government from interfering in the free exercise of religion; it was not the intention to keep faith out of the public domain.  The leash was supposed to be placed on the government; not on religion.  Over time, political tides have shifted to the extent that anything related to religion needs to be sanitized from the public domain, in the spirit of political correctness.  That’s just wrong and it was never our Founders’ intention.  We should have freedom of religion, without government interference.

For Establishment Clause purposes, courts have ruled that Secular Humanism is, in fact, a religion.  Here’s a court opinion in that regard:  https://www.scribd.com/document/245271872/American-Humansits-v-US.   So, just what is Secular Humanism?  The most popular online definition is as follows:

“The philosophy or life stance of secular humanism (alternatively known by some adherents as Humanism, specifically with a capital H to distinguish it from other forms of humanism) embraces human reason, ethics, social justice, and philosophical naturalism while specifically rejecting religious dogma, supernaturalism, pseudoscience, and superstition as the bases of morality and decision making.”  Webster’s Dictionary makes the following more succinct definition: “Humanism viewed as a system of values and beliefs that are opposed to the values and beliefs of traditional religions.”  So, it’s a recognized “religion” that seems to be counter to organized Judeo Christian religions; and, instead based on a set of human values.   Based on this, is not Secular Humanism the new Church of England?  Is it not what government operatives are pushing as a “religion” when they push out Christianity and try to bastardize traditional Catholic theology with Secular Humanistic beliefs?  The government wants you to share ITS beliefs as your faith norm and Catholics and the broader Christian community are falling for it; attempting to practice two mutually exclusive religions at once.  To them I say this:   Deuteronomy 6: 14-15 “Do not follow other gods, gods of the peoples round you,

God is competing for your faith, love and devotion through your Christian faith.  Who is competing for the same via Secular Humanism?  It’s not God…I can tell you that much; it’s another god.  Fall for the ruse and your faith has been BleachBit by the government.