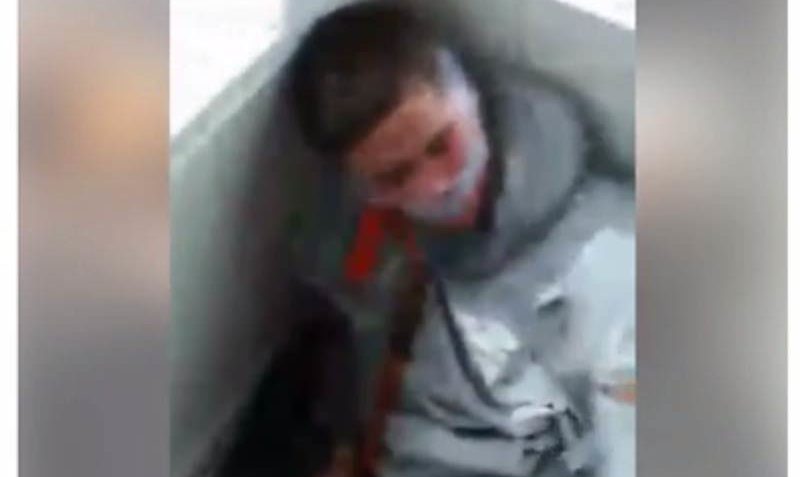 Four Black Lives Matters supporters are being held in custody with the Chicago Police Department after broadcasting a live kidnapping and torture of a white, conservative Trump supporter.

The video begins with a young African American young lady streaming a video live on Facebook showing four allies holding a young white man hostage. The young man is repeatedly kicked, punched, his scalp is cut, and his mouth is taped shut. They skin his head to the skull bone because he “voted for Trump”. The alleged Trump voter, who has currently been unnamed, is currently hospitalized and being treated for his injuries.

This disturbing video, which can be seen in it’s entirety below, shows the young man bleeding from his scalp after being repeatedly beaten and includes the extreme, anti-American, race-baiting dialogue that has been encouraged by the mainstream media and enflamed from the Divider-in-Chief in White House.

The four attackers, using tactics reminiscent of military, torture techniques, force the victim to repeatedly stand up only to be beaten back down and cut with a razor blade.

Evidently, according to local Chicago news, the victim was also special needs.

“The incident took place Tuesday in an apartment on the 3400 block of West Lexington on Chicago’s West Side, a police spokesperson said.

The victim, who has special needs, was a high-risk missing person from northwest suburban Crystal Lake, police say.

Police say he traveled to Carol Stream to meet a friend. They ended up in a stolen car, driven to the West Side, where the attack took place.”

This is the exact behavior which has been encouraged by a media willing to give these thugs a platform, by the White House who has done nothing but encouraged and in same cases enabled racial division, and the Democrat party who has used issues of racial injustice to encourage a toxic racial culture in our country. It’s no surprise that these types of targeted attacks are part of the Black Lives Matters arsenal, the only thing that is surprising is that it has been caught on video.