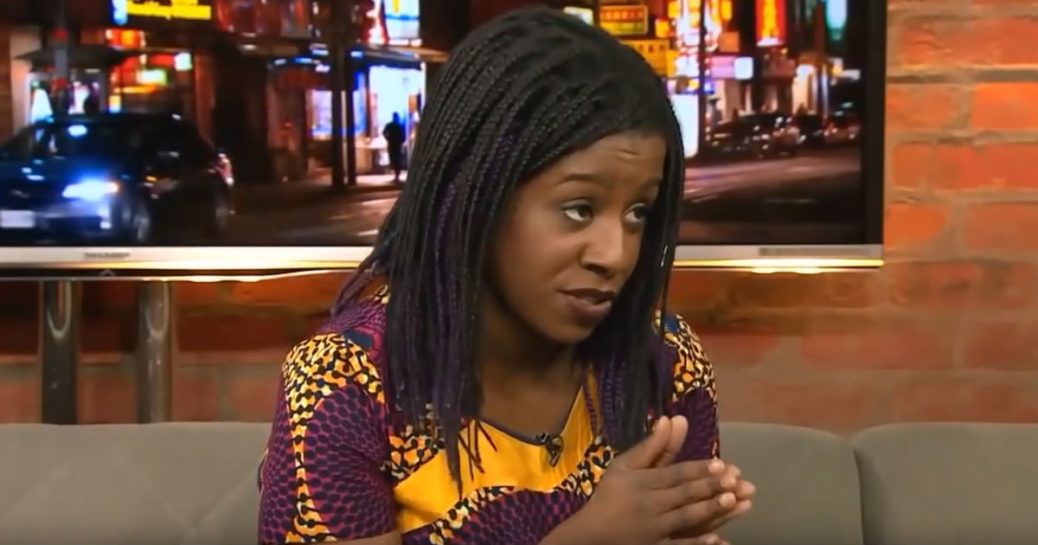 In a shocking story from the Toronto Sun  we learn about a short commentary written by Black Lives Matter Toronto co-founder Yusra Khogali back in 2015 on Facebook.

The story is important because it unmasks the disgusting, racist roots of the Black Lives Matter movement. Her commentary is proof that BlackLivesMatter is nothing more than the KKK with dark skin.

Here’s what she said:

Whiteness is not humxness. In fact, white skin is sub-humxn.

All phenotypes exist within the black family and white ppl are a genetic defect of blackness. White ppl… are genetically deficient because… (She goes on to list various melanin related reasons that whites are genetically inferior.)

Therefore, white ppl are recessive genetic defects. This is factual…

Khogali has been in the news a lot lately, and for all the wrong reasons. Last week during a protest in Toronto she called Canadian Prime Minister Justin Trudeau a “white supremacist terrorist.”

Before that she could be found tweeting prayers for strength because she was worried that she might cuss or kill “men and white folks” who were demonstrating against BlackLivesMatter.

“Plz Allah give me strength to not cuss/kill these men and white folks out here today. Plz plz plz.”

How much more disturbing evidence do we need before liberals realize just how ugly the Black Lives Matter movement really is?