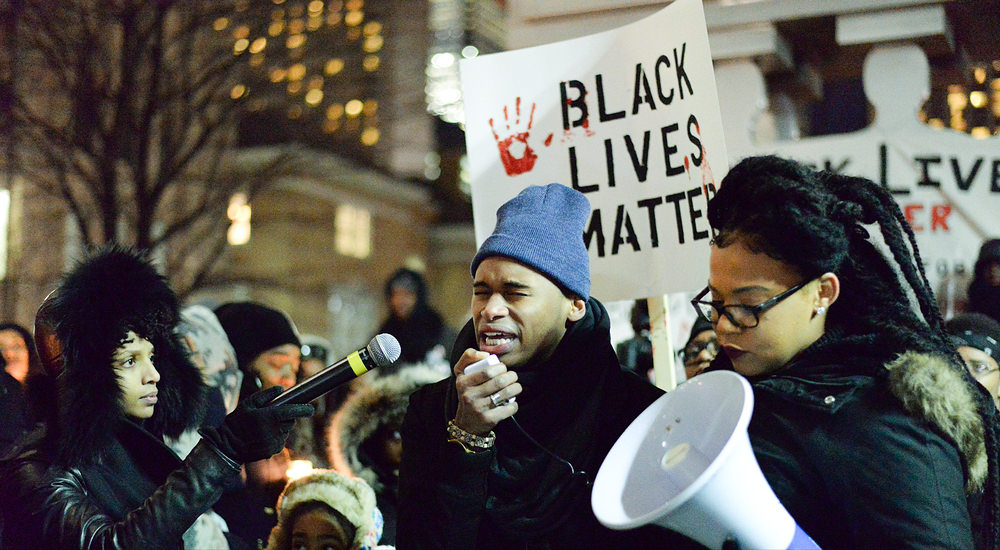 People wonder why cops seem to be “shooting first” and asking questions of the corpse more lately. The situation recently in Minnesota where a cop shot a black man in the front seat of his car after he told them he was a licensed carrier and had a gun, then killed him as he reached for his ID when they asked for it. He had been stopped because of a brake light violation, fergawdsakes! Having a brake light out should not carry a death sentence.

His girlfriend says those cops were just out looking for a black man to kill. She may be right, or she may be wrong. They may have just been “on edge” because so many cops lately have been killed in such situations and were ready to fire, in panic. The “Black Lives Matter” crowd just don’t understand the atmosphere they have created by their “Black Lives Matter” campaign. They’re creating he very thing they claim to be against.. It’s getting crazy out there. In one case elsewhere, they shot a man to death as he lay on the ground, because he had a gun in his pocket!

They talk about cops just looking for a black man to kill, and it’s mostly in their imagination. It’s really the other way around. It’s mostly black men looking for a cop (or cops) to kill. Every cop on the street knows he is a “moving target” for dangerously stupid criminals, who think they now have a “license” to kill cops because of the rhetoric of the “Black Lives Matter” crowd, whose foolishness is backed up by no less than Obama.

Criminals, black or white, have never needed an excuse to kill cops. They often grab their illegally carried guns at the slightest suspicion that a cop may be “zeroing in” on them, and kill them. Today, they don’t even need that to wish to kill a cop. Cops MUST run around in distinctively marked cars, wearing distinctive uniforms with a convenient shiny target right on their chests. They have to be alert at all times for some fool who believes the horse manure put out by the “Black Lives Matter” crowd and want to kill them without warning, and without giving them a chance. They can’t relax, even for a second.

Criminals claim that cops go out of their way to kill black men, but it’s the other way around. Today, some black men go out of their way to kill cops, and especially WHITE cops. In Dallas, TX the other day, one such fool shot 12 cops, killing 5, from ambush. When asked, during the attempt they made to talk to him, he said he wanted to kill as many WHITE cops as he could. Fortunately, they killed him. They’ll accuse me of racism for this article, but the racism is on their side. The whole idea of killing white cops is racism. If they think they’re making things better by killing cops, they’re abysmally wrong. They’re creating an atmosphere that will get them killed.