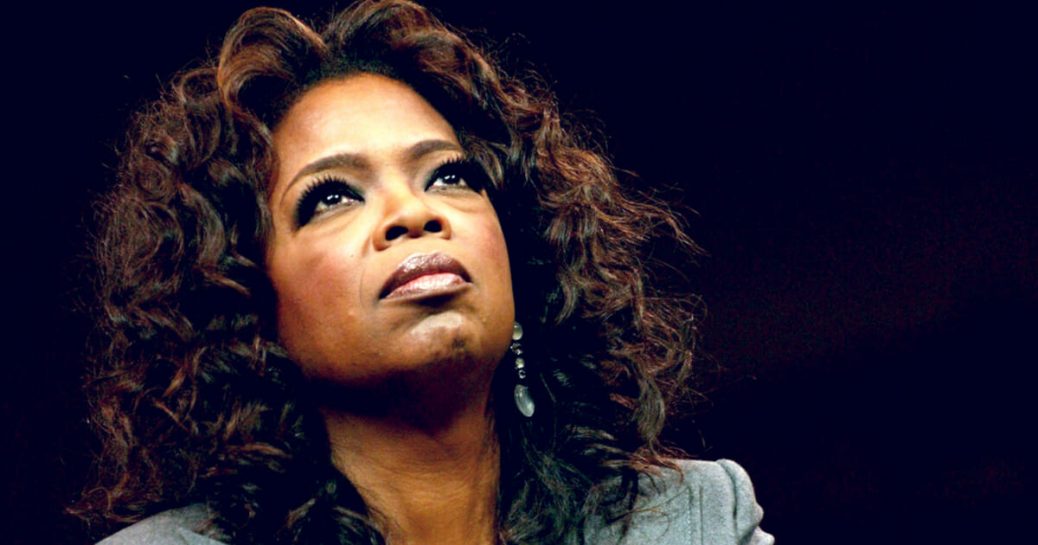 The American Left is giddy about Oprah running for president in 2020. White America naively thought electing a black president would end them being called racist. Obama and his minions used his skin-color as a bludgeon to beat into submission and silence anyone who opposed him behaving as our king; ignoring laws and the Constitution. Republicans sheepishly complied.

President Oprah would have two bludgeons to beat the American people into submission; her race and gender. Anyone who opposes Queen Oprah implementing her far left racial socialist/progressive agenda will be high-tech flogged and lynched.

Hopefully, voters will say to Leftists, “Fool me once, shame on you. Fool me twice, shame on me. We fell for your Trojan Horse, Obama. We will not fall for another leftist fanatic, Oprah.”

Will black Christians betray Christ to support Oprah the way they did for Obama? Black preachers who preached against homosexuality and abortion for decades reversed their opinions to support Obama.

Under Obama, my brother said his black church hired attorneys to fight government attacking their religious liberty. His congregation loves Democrats and hate Republicans. My brother is fearless regarding speaking his mind. He told church board members their behavior was insane. He said voting for Democrats is like giving your enemies hammers to hit you in the head and then purchasing helmets to protect yourself from them. Board members think he’s weird.

Will black Christian voters ignore presidential candidate Oprah saying Jesus is not the only way to heaven? http://bit.ly/2E7jM9A Jesus said, “I am the way, the truth, and the life: no man cometh unto the father, but by me.” Oprah said Jesus claiming his exclusive divinity “would make Jesus the biggest egoist that ever lived.” Sadly, black megachurch pastors will ignore Oprah’s blasphemy, urging their congregations to vote for the first black woman president.

Oprah promoted the outrageous lie that homosexuality is a gift from God. http://bit.ly/2BZoekY Oprah is a Leftist zealot fighting for an anti-biblical sexual revolution. http://bit.ly/2FSE0AH

Planned Parenthood was founded by racist Margaret Sander to exterminate blacks because she thought them inferior and a menace to society. http://bit.ly/2EJxSew

Dr Martin Luther King Jr’s niece, Dr Alveda King and other black Christians are exposing Planned Parenthood’s war of black babies. Why are 79% of Planned Parenthood clinics located in minority communities? Black abortions are disproportionately high. Blacks are only 13% of the population. And yet, 30% of aborted babies are black.

Since 1973, over 60 million babies have been aborted; over one third of them are black — stealth black genocide. Oprah places her Leftist ideology above the best interest of black Americans. Oprah’s Democrats fight to keep congress giving Planned Parenthood $500 million a year to kill black babies. Pro-life advocates want that 500 mil given to women clinics that do not perform adoptions. Non-abortion clinics outnumber Planned Parenthood 20 to 1. http://bit.ly/2EJxSew More black babies will die if Oprah is elected.

I remember black Americans, despite overwhelming evidence of his guilt, shamefully celebrating OJ getting away with practically beheading the mother of his children. Despite Obama’s unprecedented attacks on religious liberty http://bit.ly/2plTsy0 and policies harmful to blacks http://bit.ly/2kJJ1FV, blacks still overwhelmingly worship Obama. Therefore, I doubt that Oprah undeifying Jesus, her Leftist policies sure to harm blacks economically nor her support for black genocide will impact black’s blind loyalty to her skin-color in 2020.