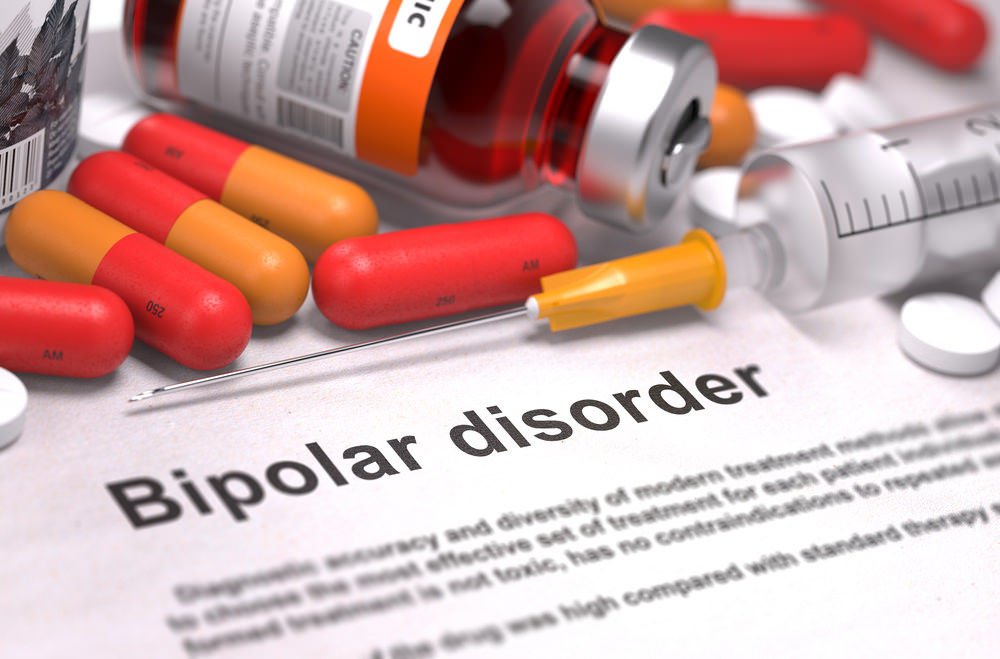 A person with a bipolar condition, formerly labeled as manic depressive, is typified by having mood swings from exuberance to depressed. These two extremes are treated as if they were not interconnected.  As if a period of exuberance where fantasies were indulged and proved to be disappointing would not necessarily lead to a mood of depression.  Depression is not a state where wild eyed proposals flourish.  Depression proceeds from disappointment, failure, hopelessness and impending doom appears. With this in mind it is easy to see where a person fabricating a scheme that upon careful consideration is doomed to failure would feel disappointed, incompetent and many other adjectives summed up by the expression “ down on his luck”.

A rational person with great enthusiasm for an idea that he can verify and plan for implementation will weigh the risks of his endeavor, consider the possibility of loss or gain and pursue his course knowing he is not infallible and he may have overlooked an important component.  Many businesses fail by the lack of focus on the market available for their goods or services or the costs that will be incurred or many other possible oversights.  Realistic expectations tempered by a flexible attitude can overcome minor oversights.  However unrealistic expectations such as considering failure impossible ( a sure thing ) doesn’t leave room for adjustment.  Certain failure from an expectation of success is a formula for a mood swing.  And this is where the importance of good decision making enters.

A good decision maker decides by a process of determining objectives, weighing alternatives, considering adverse consequences and risk assessment.  See the Kepner-Tregoe book “The New Rational Manager “ for further details on this process.  A poor decision maker makes unrealistic objectives, may or may not consider viable alternatives, doesn’t consider the adverse consequences of his decision and ignores risk assessment.  This leads to poor decisions, actions that have bad consequences and a mood of despair.  Since the process is learnable and can be audited, the notion that poor decisions can be attributed to mental illness is the exact opposite.  It is the poor decision making process that leads to emotional upheaval.

Many people claim to feel depressed without any decipherable reason thus claiming there is nothing they have decided or done that could cause the condition.  But doing nothing is in itself a form of self deception about the ability to perform competently.  A person who tries and fails and is willing to realize his attempts were flawed has a different outlook from a person who feels they are unworthy of doing anything and resignedly utter, “ Why try?”

If better decision making can be taught and learned, why would this not be a priority in dealing with the bipolar?  If a person could be taught that his decisions could be validated and reviewed prior to taking action that might result in disappointment and despair, wouldn’t this be important to preventing that person from creating a situation that would be depressing.  Of course depression can proceed from losses that are not the result of irrational decisions. ( like the loss of a loved one ) but this is not something that is included in a pattern of “ups and downs”.  The only point being made here is that “ups’ that are the result of” irrational exuberance” can lead to mental and coincidentally economic depression.  For after all poor market decisions made by emotional fantasies of endless riches ( i.e. the market will not correct ) have caused many a dreamer to jump from the windows of Wall Street.

Medical diagnosis and claims that irrational behavior are not “curable’ without a prescription or therapy that relies heavily on commiseration and sympathy assumes human consciousness is far less effectual than it is.  And it is from human consciousness that these theories arise and are propagated. Attention deficit and Bipolar are addressed primarily as mental illness yet substandard use of one’s consciousness either by lack of or unwillingness to learn better thinking techniques , mental laziness and unwillingness to practice need greater emphasis to see if what has been called a disease can be traced to lack of effort.  A musician that doesn’t practice, doesn’t learn the techniques and the fundamentals, allows his mind to wander to thoughts unrelated to his musician objectives usually presents a poor performance.  This failure to perform well is not diagnosed as musical deficit syndrome.  A poor performance resulting in dejection cannot be attributed to a syndrome of manic/ depression when lack of practice and an attitude of unrealistic ability precipitated the probable results.

Too many people have attempted to create diseases from symptoms that are merely augmented versions of poor judgment or lack of thinking skills that could be learned and improved . Much like the lack of physical exercise can create physical symptoms that increased exercise  ( a choice ) can improve and likewise a poor diet ( a choice ) can produce poorer health.  The question by any mental health professional should not be”, What is causing you to suffer?” but “ What are you doing that could possibly be contributing to your condition?” To pose the first question is to by default exempt the person from any volitional contribution to his condition.  This leads to an external cause pursuit that may or may not be warranted.  Diagnosis cannot presume.

To exclude the possible is to introduce the possibility of false leads.  Needless suffering because of a propensity to rely on unproven methods is cruel and without merit.   Ultimately this may  contribute to conditions invented to explain what is not understood.  There have been many conditions in all phases of human health that have been mislabeled , misdiagnosed and mistreated due to the lack of understanding of the condition.  The tragedy today is most blatant in the mental health arena where observed behavior is categorized as a mental disease when in fact it may be no more than poor mental habits.  Many smokers have quit by sheer willpower regardless of the nicotine addiction offered as an excuse for their unwillingness to review all the evidence and act accordingly.  The crutch of avoiding self responsibility is not a means of support but an evasion of one’s own responsibility to act on the best of one’s knowledge.  This should never fall into the category of disease.