The Bill of Rights and FISA Courts Don’t Mix 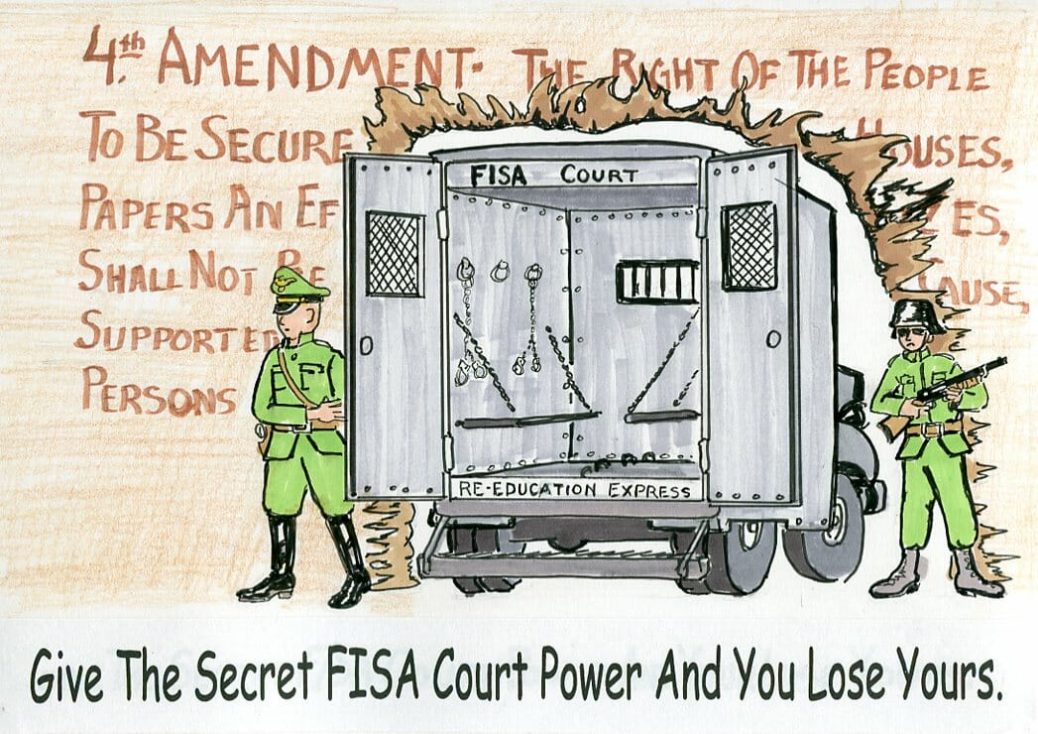 Secret FISA Courts are a key feature of a Police State and that is where this country is heading if the 4th Amendment is ignored.  It is real simple, follow the rule of law, get a warrant.  For those in government who say a warrant takes to long, they are the ones who will eagerly violate the 4th Amendment and use it as a weapon against the people of the United States.  Just like we have seen in the Obama Administration where Agencies that are suppose to protect the American people were used against them.  We are a lot closer to being like the Banana Republics that most people think.