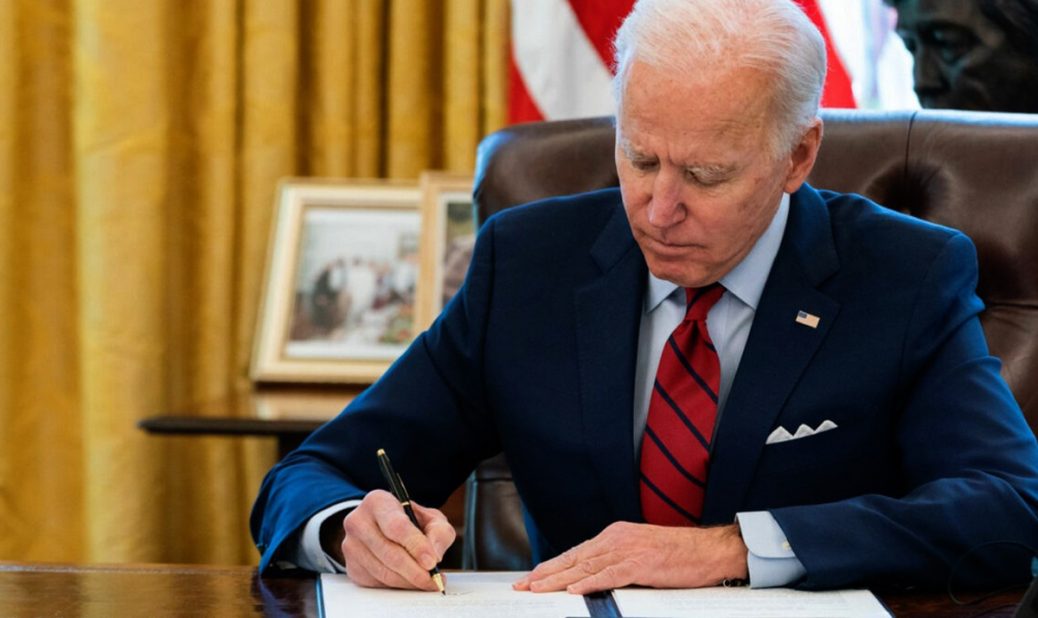 With 99 dangerous and costly executive orders under his belt, Joe Biden is about to set a record by having more EOs in the first two years of his first term than any president in history.

As the national debt soars past $31 trillion it turns out that $1.5 trillion of that is because of the costs of Biden’s executive orders.

Biden currently sits at 99 executive orders since taking office. His torrent pace came primarily within his first year, when he issued more than any president since the 1970s. Memos show at least one outside left-wing group financed by millions from liberal billionaire George Soros has influenced some of Biden’s orders and regulatory items.

A budgetary impact analysis, meanwhile, accompanies each order but does not include actual monetary costs. Instead, they contain vague language such as whether an order will have no impact, increase or decrease federal costs.

This makes it difficult to pinpoint the actual price tag of Biden’s actions. However, a federal budget expert told Fox News Digital that they estimate the costs to be north of $1 trillion.

“President Biden’s executive actions have cost taxpayers more than $1 trillion so far,” the Heritage Foundation’s Matthew Dickerson told Fox News Digital in an interview. “That’s taking into account the recent student loan executive action, which could cost up to $1 trillion.”

Many of Biden’s EOs have been crafted for him by groups funded by anti-American billionaire George Soros and other extremist, left-wing groups.

Therefore, Biden’s EOs have been more destructive than any president’s.