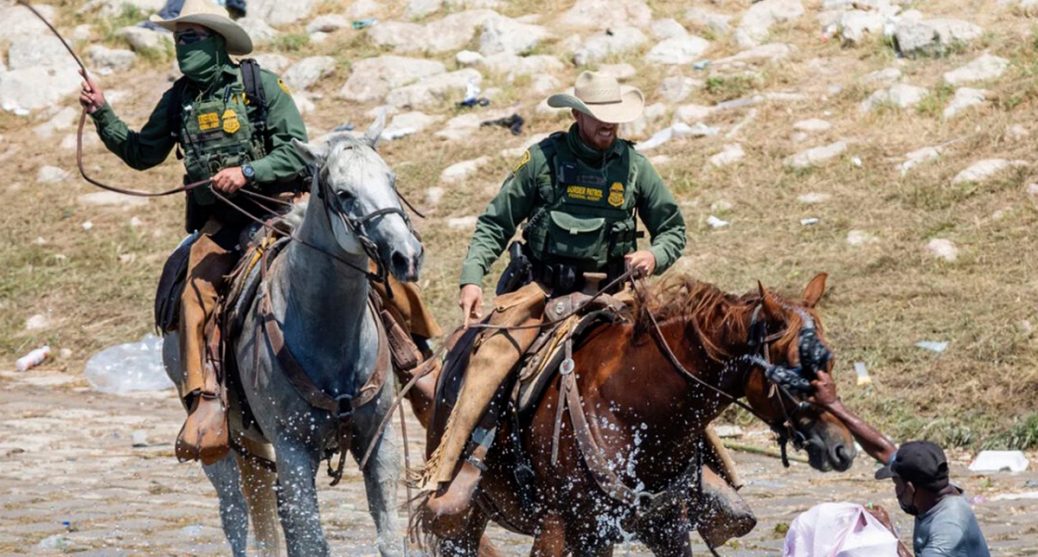 Biden’s corrupt Department of Homeland Security is set to punish several Border Patrol officers over the “immigrant whipping” incident from last year despite that the officers were cleared of any wrongdoing.

The media went wild in Sept. last year when photos of an encounter between mounted Border agents and a group of Haitian illegals was misinterpreted by members of the left-wing media who insisted that the agents were using their riding quirts to “whip” the illegals.

But by April of this year, the agents were cleared of using whips on the illegals.

🚨🚨: Fox reporting that the mounted Border Patrol agents falsely accused of "whipping" illegal migrants in Del Rio have been cleared!

Hopefully these men are fully restored after being slandered by Biden and Mayorkas. #BidenBorderCrisis pic.twitter.com/oN1NpshQ1I

Despite being cleared, though, Biden is still looking to punish the agents.

Per federal source, this announcement is expected to come down any day now. It’s unclear what “administrative violations” the BP agents will be accused of, but they are not being accused of any criminal conduct. The horseback unit involved is based out of Carrizo Springs, TX.

According to Fox News, a source said “DHS will be putting forth proposals to discipline the agents who will have a chance to respond to the charges. The charges, Fox News is told, are “administrative violations,” and do not amount to criminal conduct – of which the agents were previously cleared.”

Innocence means nothing to Biden’s regime. He vowed “those people will pay” and his un-American, left-wing agenda must be served.