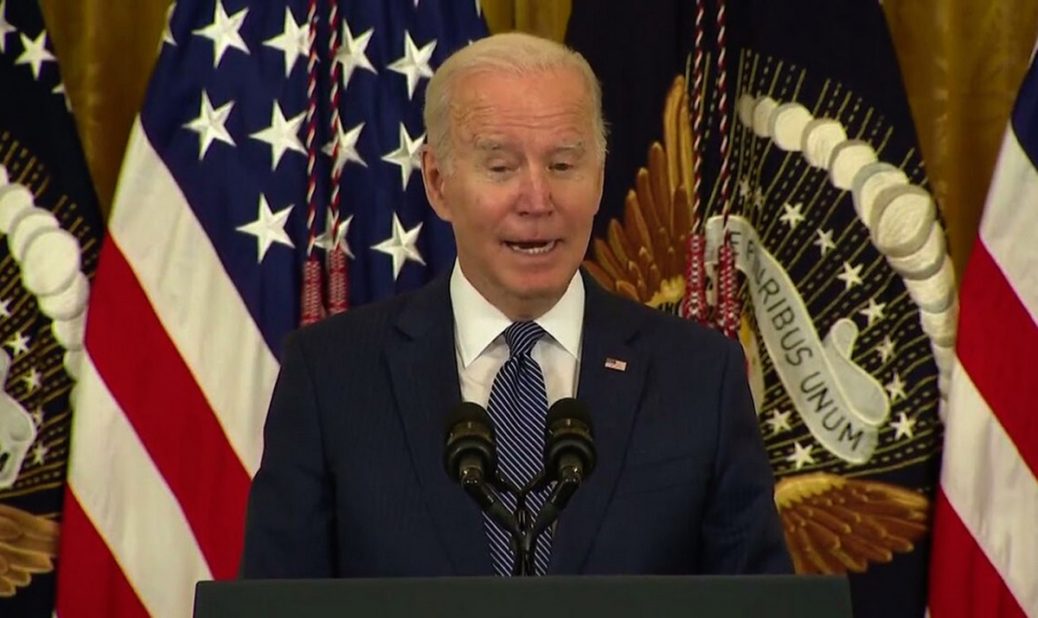 Joe Biden continues to unleash false claims about guns and the media does nothing to call him on it.

First of all, Biden once again trotted out his lie that Americans could not buy a cannon once the U.S. Constitution and the Bill of Rights were ratified.

This is untrue. They were too expensive for average Americans to buy, granted, but anyone with enough cash could have a cannon made for them throughout our nation’s history — and, yes, even today you can buy a Revolutionary War (or Civil War) styled cannon.

When the Constitution was ratified, there were no limits on the types of firearms ordnance you could buy. Indeed, the founders wanted ALL military wares open for the public to buy so they could gather in militias and practice military maneuvers to serve as a protective force.

This is one of Biden’s favorite falsehoods. He trots it out every time there is a discussion about guns. This time he disgorged it during comments he was making to reporters over the Memorial Day weekend.

Biden also blathered on with counterfactual claims about bullet calibers.

Joe insisted he was once in a meeting where the destructive power of guns was in discussion.

“The 22 caliber bullet will lodge in the lungs and we can get it out,” Biden said. “A 9 mm bullet blows the lung out of the body.”

Who knows where he got this nonsense? A 9mm won’t do nearly that sort of damage. At one time the U.S. government dumped the 9mm and went back to the .45 because the nine didn’t have enough stopping power.

“The idea you need a weapon that can have the ability to fire 20, 30, 40, 50, 120 shots from that weapon, whether it’s a 9mm pistol or whether it’s a rifle, is ridiculous. I’m continuing to push to eliminate the sale of those things.”

“The idea of a high caliber weapon, there is no rationale for it in terms of self-protection, hunting,” he blurted out.

Biden also referred to a quote from Thomas Jefferson who said “the tree of liberty must be refreshed from time to time with the blood of patriots and tyrants,” tying it in with his argument about the Second Amendment.

“There was a while there, where people were saying, you know, the tree of liberty is watered with the blood of patriots, and what we have to do is to be able take on the government when they are wrong,” Biden said.

Biden then claimed that since Americans don’t have tanks and jet aircraft, the idea of holding the government accountable is outmoded.

And the media does nothing and just lets him say these lies over and over again.