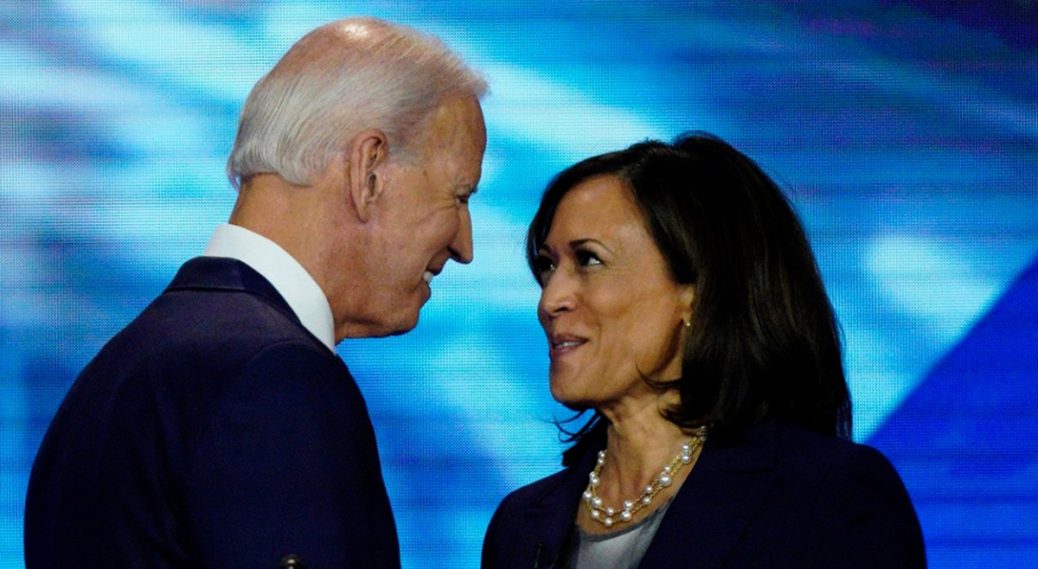 Actor Jerry Harris, who stumped for Joe Biden and Kamala Harris during the 2020 election, was sentenced to 12 years in prison for sexually abusing two young boys, according to reports of the case.

Harris, who made a splash in Hollywood as a cast member of the Netflix series “Cheer,” might feel lucky with his sentence because he could have been handed up to 50 years for his sexual crimes against twin boys starting in 2018, according to The New York Post.

As part of his sentence, the actor is required to register as a sex offender for life, and must pay a $55,000 fine, WIVB 4 reported. He will also face eight years of supervision after serving his jail term.

Harris was arrested in 2020 and charged with creating child pornography and was accused of sexually exploiting twin brothers who were 14-years-olds at the time.

The brothers told police that Harris had cajoled them into sexual acts for more than a year starting in 2018 when one of the boys met the actor at a cheerleading competition for the company Varsity Brands, which is influential in the cheerleading industry.

An affidavit introduced during the court proceedings stated that one of twins reported having “one in-person encounter” with Harris, and that he “solicited oral sex” from the minor “in a bathroom at a cheerleading event.”

Harris had come to prominence in the series “Cheer,” which followed the lives of several cheerleaders. The series won the Best Unstructured Series award at the Critics Choice Real TV Awards in June of 2020, and Harris was named Male Star of the Year.

Last February, Harris pleaded guilty to one count of receipt of child pornography and another of traveling with intent to engage in illicit sexual conduct.

Harris’ attorney attempted to explain away the actor’s actions as a result of his own victimhood, because he — like many others — was “sexually exploited” by the cheerleading industry, Breitbart News.

Not long after Harris burst onto the scene, he also became an active campaigner for Joe Biden. Indeed, in Sept. of 2020, Harris hosted a social media chat with Biden to help flog the Delaware Senator and former vice president’s candidacy.

But the same month Harris released his Biden video, the FBI raided his home and reportedly discovered the sexually explicit videos of the teen boys that became the center of the government’s case against the actor, the Washington Free Beacon reported. The agency was alerted to the videos by the victim’s mother.

Harris is hardly the only Democrat surrogate who has been mixed up in sexual abuse. The list is long, indeed.

Buck was arrested and charged with supplying the men the drugs that killed them in exchange for sexual favors. Prosecutors said that Buck had been engaging in such exchanges for years.

Of course, many are familiar with the case of top Hollywood producer and Democrat surrogate Harvey Weinstein who was sentenced to 23 years in prison for rape and sexually assaulting dozens of women over the past few decades. Weinstein was a big Democrat campaigner and consulted for Democrat operative Anita Dunn, who served in both the Obama and Biden White House staffs.

Of course, the most famous of Democrat donors who were charged or convicted of sexual crimes include Ghislaine Maxwell and her boss Jeffrey Epstein.

Epstein, who was a close associate and donor to Bill Clinton and many other Democrats, supposedly committed suicide in a Manhattan prison cell in 2019 while awaiting trial on multiple sex abuse charged. And his underling, Ghislaine Maxwell, also a major Democrat donor, was just convicted on sex trafficking charges and sentenced to 20 years in prison.

These major sex crimes by deep-pocketed Democrat donors and campaign surrogates is a shocking, but seemingly common, problem on the left side of the aisle.