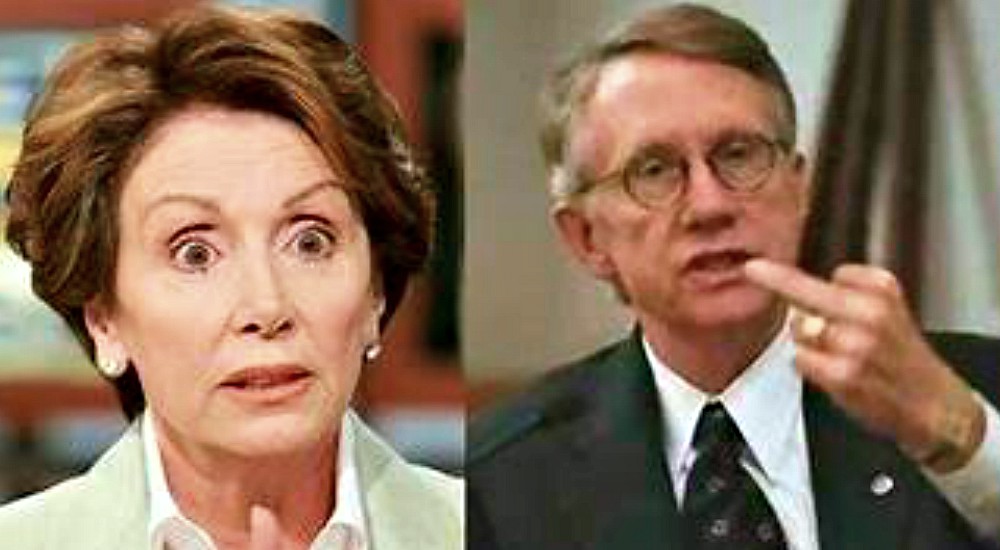 Many diseases have been connected to Washington, D.C. With such an active swamp that needs to be drained, it is obvious why so many sick ideas seep out of it.
These diseases warp the minds of politicrats which can be fatal to intelligence. These elements need to be eradicated before the new elections.
A major research institution has just announced the discovery of the densest element yet known to science. The new element has been named Pelosium. The chemical symbol of Pelosium is P.U. Pelosium has one neutron, 12 assistant neutrons, 75 deputy neutrons, and 224 assistant deputy neutrons, giving it an atomic mass of 311. These particles are held together by dark particles called morons, which are surrounded by vast quantities of inepton-like particles called peons.
Pelosium’s mass actually increases over time, as morons randomly interact with various elements in the atmosphere and become assistant deputy neutrons within the Pelosium molecule, leading to the formation of isodopes.
This characteristic of moron-promotion leads some scientist to believe that Pelosium is formed whenever morons reach a certain quantity in concentration. This hypothetical quantity is referred to as Critical Morass.When catalyzed with money, Pelosium activates MSNBCobnoxium and CNNadnausium, both elements that radiate orders of magnitude more energy, albeit as incoherent noise, since they have half as many peons but twice as many morons as Pelosium.Since it has no electrons, Pelosium is inert. However, it can be detected chemically as it impedes every reaction it comes in contact with.
According to the discoverers, a minute amount of Pelosium causes one reaction to take over four days to complete when it would have normally occurred in less than a second.
In the presence of anti-morons, Pelosium can be extremely corrosive. Botox seems to distort and smooth its surface, without impeding its ongoing internal decay.Pelosium has a normal half-life of approximately two years, at which time it does not decay, but instead undergoes a transmutation, appearing in a new location but displaying the same properties. In this process, assistant neutrons, vice neutrons, and assistant vice neutrons exchange places.
Some studies have shown that the atomic mass actually increases after each transmutation.Research at other laboratories indicates that Pelosium occurs naturally in the atmosphere. It tends to concentrate at certain points such as deep state government agencies, large corporations, universities, and anywhere there is news coverage occurring. It can usually be found in the newest, best appointed, and best maintained of buildings and/or expensive airplanes.Scientists point out that Pelosium is known to be toxic at any level of concentration and can easily destroy any productive reaction where it is allowed to accumulate. Attempts are being made to determine how Pelosium can be controlled to prevent irreversible damage, but results to date are not promising.  Its corrosive nature corrupts everything it touches.
So beware. This disease is prominent, especially among Democrats. Republicans have built up an immunity to Pelosium by staying as far away from the source as possible.
ANALYZING TODAY’S NEWS FOR TOMORROW’S HISTORY
MilesTones is grateful to the anonymous lab outside D.C.that alerted us to this disease.