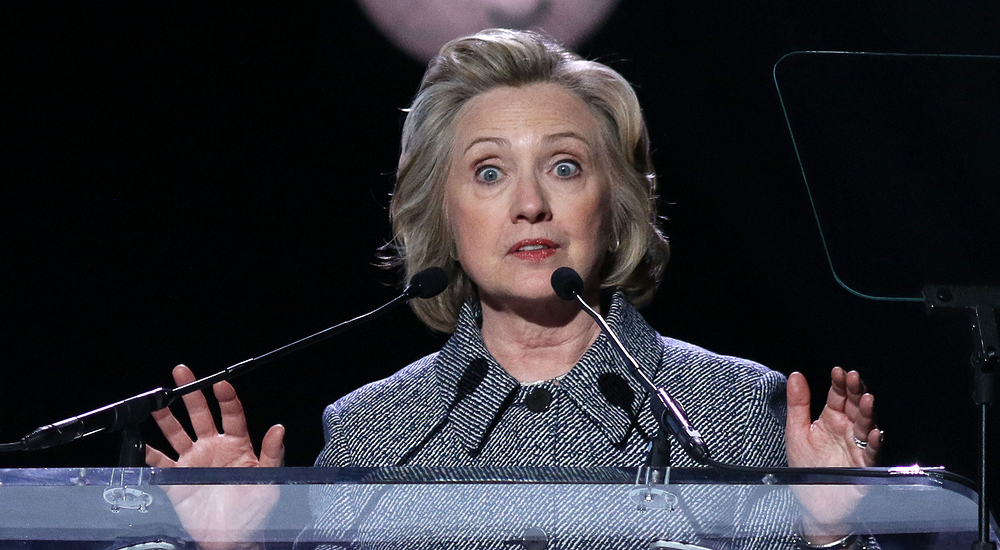 I’ve begun again listening to Rush Limbaugh on the radio, until he starts in with the rah-rah Trump segments – and then I must switch off the radio.

A couple of days ago I tuned in to hear Rush talking about Julian Assange at WikiLeaks. Evidently Assange is busy preparing yet another massive email document dump – this time pertaining to Hillary Clinton and Benghazi. I perked right up – mainly because I do so want her to pay for her crimes involving the Benghazi attack and the subsequent cover-up.

But I’m also extremely interested to find out the truth and if it jibes with what I started writing not 10 days after the attack. My first article on the subject, “Benghazi was no Coincidence,”  was published on Sept. 21, 2012, 10 days after the attack, followed up with another in October – “Benghazi… the Cover Up,” and many more for months after.

Now I hear through Limbaugh that the material Julian Assange has, backs up most of what we posited early on after the attack.

From what Julian Assange has leaked thus far, it appears that Glenn Beck, the Blaze, the Independent UK and I were right about a lot of things – things that at the time caused us to be accused of being crazy, conspiracy nuts and of course fear-mongerers. We were accused of spreading rumors about ambassador Stevens, his purpose in Benghazi and the direct involvement of Obama and his inner circle.

Some said that the cover up was strictly about Obama’s reelection and the eventual election of Hillary this time around. I didn’t believe it then and I still don’t now. Sure, that played a part – but that was far from the only reason.

So now we’re all just waiting for the emails to drop. In the interim, those who were digging in 2012 and beyond have begun recounting the Benghazi saga, filling in the blanks.

Most of what McCarthy writes is quite similar to what others and I recounted after the attack. There is one thing that differs from our original conjecture. I claimed that Ambassador Stevens was in charge of U.S. arms being smuggled from Libya, through Turkey and into Syria.

McCarthy more accurately describes the massive weapons shipments, not of U.S. origin, but Qaddafi stock piles – which were raided after the Libyan leader was toppled, with our help, captured and brutally executed.

It was apparently Stevens’s job, with the CIA’s help, to somehow coordinate the transfer of weapons and help determine who got what. But no matter. As McCarthy confirms, the various jihadist factions in the region were the direct or indirect recipients of the arms – and they knew it.

What I still have been unable to verify from any source thus far, is who was Stevens really – why did he effectively sneak back into Libya on a boat, a freighter and not fly in – why was he in Benghazi – terrorist central, on Sept. 11th of all dates – why did he dine with the Turkish General Council in Benghazi and what was discussed? Earlier that day it was reported that the house was “being watched.,” so he/they must have known something was up.

Why was the Turk allowed to leave unscathed, when between 60 & 90 minutes after, the well-coordinated attack began?

On Feb. 8, 2013, the Blaze reported  that Ambassador Stevens escorted the General Council “out the compound’s main gate at 8:35 p.m. local time. But residents in the neighborhood surrounding the consulate reported that bearded Al Qaeda jihadis in pickup trucks mounted with machine guns were setting up checkpoints at about 8:00 p.m. Because of the checkpoints, “it felt like our neighborhood was occupied, no one could get out or in,” one witness told the Associated Press. But somehow, Akin [the Turk] managed to slip out of the area with no problem before the attack commenced at 9:35 p.m. And even if he passed through the terrorists’ checkpoints, there was obviously no attempt on his part to warn the Americans at the consulate of an impending attack.” And I might add – no attempt from the terrorists to stop him.

I still hold that Stevens was no run-of-the-mill Ambassador, appointed due to his political connections. He too was an operative – he must have been. I concluded early on that the Turk was assigned to stay with and hold Stevens in place while they prepared the attack –and then allowed to leave unharmed.

I also still hold the opinion that this attack was allowed to happen by Obama, Hillary and his inner circle – thus all the stand-down orders. I doubt we’ll ever discover evidence that this attack was predestined and a good way to tie up loose ends. Stevens, Smith, Doherty and Woods were those loose ends, as well as any written evidence or documents from the “compound.” You may recall that American investigators were held out of the hot zone for some time after the attack – while it was picked clean.