Be a Ben Carson Conservative 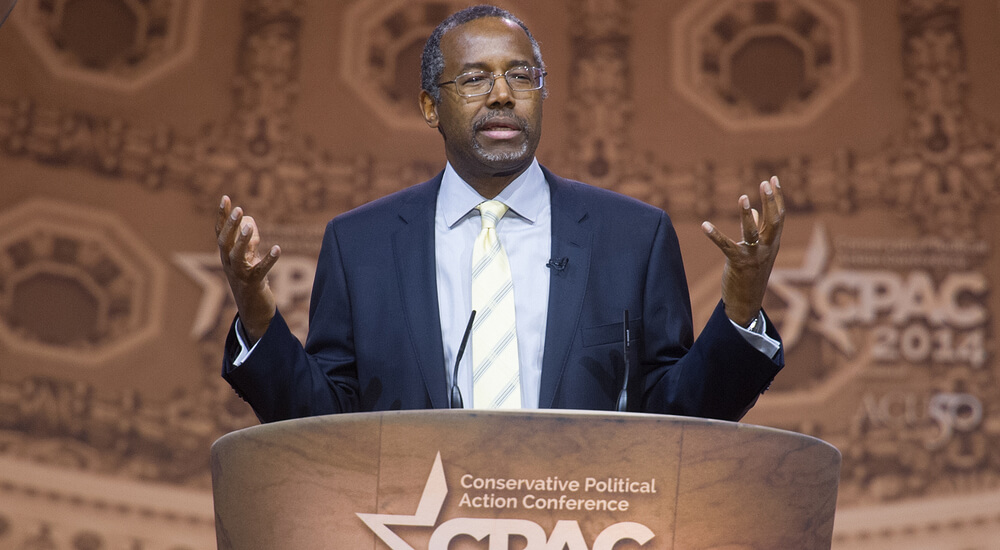 Many Americans are contemplating the current fall out of the 2016 Presidential Republican Primary.  It was a long and grueling primary which has bled over to Convention and the general election.  Many are evaluating their options of supporting the nominee, whether they can stomach the nominee, whether to join in unity, vote for the other side or brandish the zeal of their support for third party and unknown candidates.

During this time of political, even party, upheaval, one must ask themselves where do we go from here.  The cause to fight the establishment, uphold The Constitution and true conservative morals, principles and values remains ever present in our deepest most desires.  These desires are a burning fire within our souls that fill us with pride, patriotism, anger and fear.

You might be pondering where to go or what action to take.  A thorough examination of the awful situation and a look back at the primary will give us the answer.

Dr. Ben Carson is well known to most as a neurosurgeon and Republican candidate for President.  But many dont know that he rose from the depths of poverty, with a single mother, working two jobs living penny to penny.  He rose to become something truly great.  His history is not well know, but can be examined further in a book and movie.  From this inspiring man comes the resolution to our inner most desires.  Be a Carson conservative!

You might be asking, what do you mean?  We dont need to look at his positions, beliefs or solutions because we share most of them as conservatives.  But what we dont share is the decision of what to do next.  He gave us a shining example of behavior.

He supported the nominee.  He didnt support the nominee for simple reasons.  He did it for the future of America.  The real and true most possible way we can help America the most, keep some values, appoint judges to SCOUTS who support The Constitution and dig America from the depths of this fall out is to accept the person with the best chance to win.  Our founding fathers created a two party system.  The parties have changed over time, but the system is the same.  It was formed with research, study, prayer, and inspiration.  It was set up for a wise purpose, because a two party system proved to be the best for this grand experiment.  He did it in order to preserve the very system our country is founded upon.  Unity, support and because the other options is more abhorent are nice, but fail to provide lasting benefit to our wounded minds, hearts and souls.

Ben Carson realizes acknowledges that some action to change things goes beyond voting and campaigning.  “The immediate goal of My Faith Votes is simple — get the 25 million registered Christians who did not vote in 2012 to the polls this November.  We face very serious challenges regarding our growing national debt and First Amendment rights of civil and religious liberty — but we do not have to play defense. When Christians vote, their faith transforms the future.”

Your party is organized on a local level, in nearly every county in this country.  Mobilize yourself to work with the party leaders in your county.  The same people attend those meetings each month and they follow the money, the money that will get who they want elected.  If you want change, it is waiting for you there.  Even on a city level threats to the constitution and our rights are under threat.  Many policies are being adopted that run the coffers dry, take away our freedom, reduce education, raise our taxes and decrease the safety and security of our communities.

During the primary I worked with a group to help the candidate of my choice.  I discovered that the people who ran the party for the county, who are truly conservative as we are, welcomed me with open arms and expressed desires that others would do the same.  They expressed the same frustrations we had.  Join them, tell them what we want and who we want.  Be the candidate.  I remember reading a voter information guide once with a candidate who listed her career as “Soccer Mom” and I simply loved it.  Another as “Project Manager”.  These are the people they need.  They dont need more attorneys and political science majors.  WE need the people!

I plead with you, with urgency and burning patriotic spirit, to motivate yourself to action.  Get to your local party meetings.  Get the vote out because it is essential that we get those people to help!  Be a volunteer or leader for Convention of the States so we can bring an end to the establishment, get term limits back, return constitution amendments to their original design and gain control of all three houses of the government, for the people.  The truly good, inspire, patriotic people who believe was we do are running for office, but need YOU to support the.  Look at Wisconsin’s first district.  A truly wonderful man, who wants to bring the change we desperately need to Washington lost his race against Speaker Paul Ryan.