Belief is not a first step in reasoning 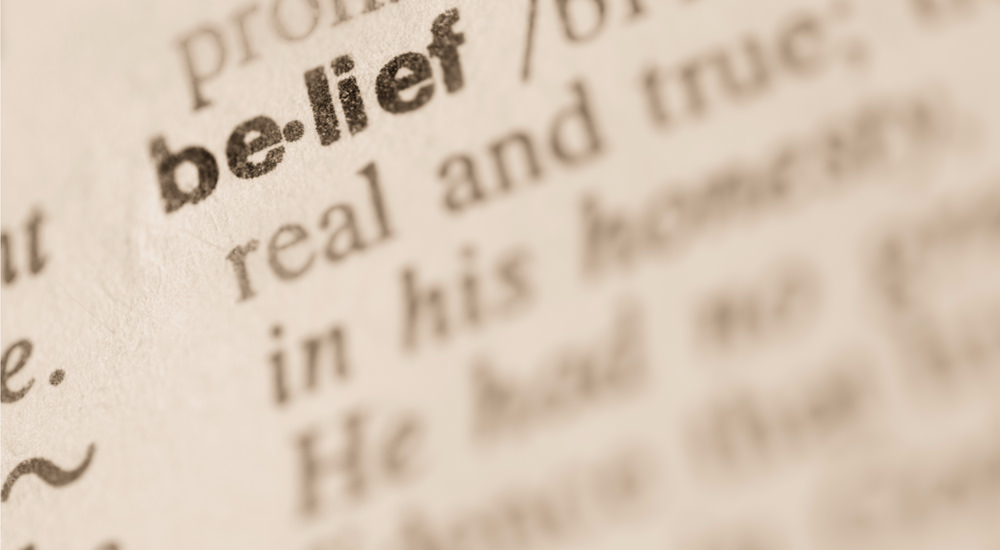 A sane and honest person who want to understand and explain any observation does not first assume that it is caused by angels, demons or gods.

I will not minimize the value of gods and demons for didactic storytelling. Sometimes it even motivates those who have greatness in them to realize their potential. Let us take a popular movie, Moana. In this excellent story, it was seen that the child, Moana, was told stories of gods and demons, and instead of being afraid, as were the other villagers, she continued to be motivated to follow her dreams.

The gods, demigods, and demons lent integrity to her dreams and sea induced  hallucinations, and these were joined together into a wonderful visual story, no less vivid than Hercules and the Argonauts, or other pre biblical tales. It is wonderful fiction, but it is not fact, and if such a person as Moana existed, she may have explained her adventures with Herculean gods, but she found her way back by the logic and reasoning of measuring the stars.

To find causes, the most sacred value for a sane and honest person is truth, to the limit of their current knowledge. And that truth holds only until a more comprehensive proof can be found. Since there is always a possibility of new, verifiable evidence and more inclusive theory, argument, proof, information and example, cause is never absolute.

If one stops questioning, a reasonable causal relationship becomes dogma that cannot be questioned or improved. It becomes determinism which prevents free will and reason.

To claim that free will and reason is invalid is to accept mysticism, and by extension, fear, as a guide to life. Fear is a valid cause for action, but not a valid basis for explanation. If you are unprepared and a thug puts a gun to your head and says your money or your life, a sane and reasonable person will comply, but that same person will later examine the event later and take steps to make sure it doesn’t happen again.

A person who accepts the determinism of tyranny may hope or pray that it doesn’t happen again but does not take steps to prevent such action in the future, because they have abandoned their free will. Those who believe in self determination and free will, do not accept tyranny in thought or action as a way of life — because it is not.

To accept religious or social dogma is to take the word of someone who cannot know the whole truth and is not amenable to more inclusive explanations. What social and religious tyrants try to do is make you accept belief as the first step to reasoning and accept the fallacy of ad verecundiam (belief in power, prestige or money) as a way of life.

Socialism (and religious fanaticism) requires taking the word of “experts” instead of thinking for ourselves. Believing without questioning and accepting a proof we dare not question leads to tyranny, in thought and therefore in society.

If the first requirement to accept someones proof is that they believe, it is an attempt at mind control. It is never honest. Whoever says that others must believe their way is stating a tyrannical absolute. It can only be backed up by force and violence, so there can never be progress toward truth in such discussion or debate. This is now the case with radical islam.

There may be issues in what I say, and I am always willing to debate them, but if I am not permitted to question the principles and axioms upon which the debate is based I would be confronted with dogma, and that requires that I accept the premises with primacy of belief. To do so is to accept the fallacy of argumentum ad verecundiam (reliance on the word of experts).

Dogma is not opinion. It is ignorance. It is personal preference based on arbitrary and capricious whims fraudulently represented as opinion. If the axioms and premises cannot be questioned cannot be questioned there is no debate, because axioms and premises form the basis of your argument. And if these premises are inconsistent, illogical or bunk, the rest of the argument based on those false premises is bunk.

One who points to a “holy book” as “evidence” is pointing to “experts” who have no way of knowing. Dogma is not amenable to reason, it can only be applied with force and violence.

I do not and cannot accept determinism as a basis for religion. One may have a personal god that reflects their own most sacred values, and these may resonate with others. Such is the foundation for most religions. And establishment of such a religion is legitimate and acceptable, but any religion that claims that we are to follow a true one, universal, personal god is dangerous tyranny of thought based on opposing free will. My most sacred values are based on free will, reason, and primacy of existence.

I will, indeed must, continue to oppose belief as a first step in reasoning.