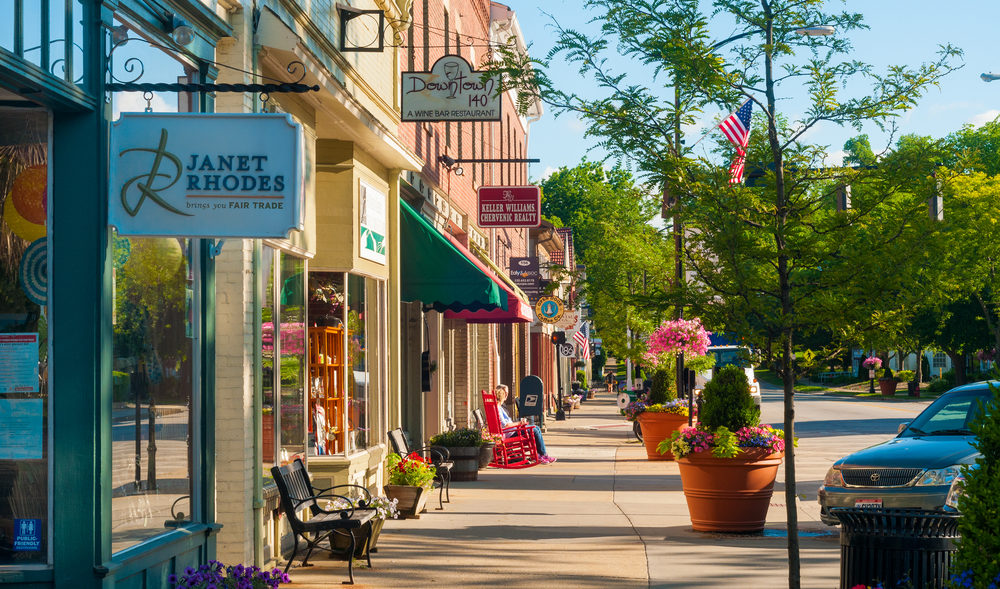 Imagine back in the 80s when you walked into a small haberdashery, or clothing store, and found true customer service, with your best interest at heart by the employees. Imagine when you needed that first business suit at the age of 18 and no idea what looked good, or what was appropriate. You went into a store like my hometown had called “Ayoob Brothers”, where two late 50s brothers owned and operated a small, but very successful clothing store. I walk in, and say, I need a suit for work. While one brother talks and chats with me about my position, the other feverously goes about finding a suit that will look sharp and modern for me. One brother measures my neck, my arms, my inseam, and waist. Before I know it, a sharp gray pinstripe suit appears, with two ties and three shirts, socks and an excited look of accomplishment on the brothers’ faces. I am ushered in to a dressing room. Directed to change into the suit and come out once all is together, I come out to an audience of 4 people who worked in the store. My suit is brushed, I am swirled around several times, asked questions of comfort and feel, and then after much ado about a suit, I am ushered to a mirror. Ta Da. A new Me. Looking all sharp and the best dressed in town.

Where did such a wonderful experience go? Where did hometown pride disappear to? Why does my hometown no longer have a movie hall, a drug store with the soda fountain, or the small family owned jewelry store go? Did the employees at the service station lose the ability to click a gas pump, and forget the easy method of washing the summer bugs off my front window, or how to look at an oil dipstick, or check the air pressure of my new Michelins on my little Nova car? And on a Friday night where did the little car hops go where you turned your lights on and one of you school gal chums came out and took your order as you and all your friends planned on taking the latest James Bond movie with Sean Connery playing 007 on the big screen. No, the big screen was not a movie hall, but the old drive in theaters.

Americans in small towns and rural communities are dramatically less likely to start new businesses than they have been in the past, an unprecedented trend that jeopardizes the economic future of vast swaths of the country.

The recovery from the Great Recession has seen a nationwide slowdown in the creation of new businesses, or start-ups. What growth has occurred has been largely confined to a handful of large and innovative areas, including Silicon Valley in California, New York City and parts of Texas, according to a new analysis of Census Bureau data by the Economic Innovation Group, a bipartisan research and advocacy organization that was founded by the Silicon Valley entrepreneur Sean Parker and small group of investors.

That concentration of start-up activity is unusual, economists say. In the early 1990s recovery, 125 counties combined to generate half the total new business establishments in the country. In this recovery, just 20 counties have generated half the growth.

The data suggest highly populated areas are not adding start-ups faster now than they did in the past; they appear simply to be treading water. But rural areas have seen their business formation fall off a cliff.

Economists say the divergence appears to reflect a combination of trends, all of which have harmed small businesses in rural America. Those include the rise of big-box retailers such as Walmart, the loss of millions of manufacturing and construction jobs across the country and a pullback in business lending that appears to have stung small-town and rural borrowers particularly hard.

The changes also reflect a fundamental shift over the past two decades in which workers and industries power the country’s economic growth. That shift favors highly educated urbanites at the expense of everyone else. Polling suggests it is one of the driving forces in the political unrest among working-class Americans — particularly rural white men.

While America wants to be on the cusp of technology, and in the forefront of the other world’s superpowers in the ability to engage in economic, intellect, and military might, I just want my children to experience memories that can only be gained by a Sunday afternoon game of hide n seek at a cousin’s in-town home, where no one worried about crime or loss of a child due to so many dangers. I want my children to experience that first splashing in a mud puddle where they get all wet, and muddy and giggle the whole time. I want my children to smell the freshly cut green grass, and the early morning singing birds. If America cannot get past the harshness, the hatred, the bigotry, and idealism of self-satisfaction only, I am afraid they will never experience such wonderful experiences. No car hops, no late Friday night drive-ins, no laying on the grass next to a stream on a Saturday afternoon and getting up and swinging wildly from tree to the water and being children.

Vulgarity in words, bullying by Presidential candidates, lies, and possible felony charges placed upon other candidates. The sexualizing of the young, abortions given out like pop-rocks, and sexting by pre-teens have all taken the place of growing up in a real world, building real world friends and memories. The innocence of the young has given way to adult perverts, rapist, ego-maniacs, and worse. Murder with guns going off on a Friday night has replaced the car hop, armed robbers have taken over the cleaning of your windshield, and hide n seek is a way to hide from Adult abuse of a child.

“Capital chases high-growth ideas, and high-growth ideas tend to be concentrated in areas of highly educated and highly skilled workforce,” said Manuel Adelino, an economist at the Fuqua School of Business at Duke University who has published several research papers on entrepreneurship patterns and credit availability. “This suggests that the lack of new business formation in rural America may lead to widening gaps in income and employment” between those areas and big cities.

Other experts warn that the trends could be self-perpetuating and endanger the very life of rural economies in the years to come.

“It’s going to get much worse,” said John Lettieri, a former Republican congressional aide who is a co-founder of the Economic Innovation Group. “As bleak as these numbers are now, these may be the good years.”

From 2010 through 2014, U.S. counties with 100,000 or fewer residents combined to lose more businesses than they created — despite a growing national economy and a falling unemployment rate. In the recovery beginning in 1992, by comparison, those counties created a third of the nation’s new businesses on the net.

We are losing our innocence to cities who believe outdoor urinals and controlling the amount of carbonated beverages you can buy at one time, and women walk the streets naked, and taxes have a larger bite out of some products than the cost of that item. Where country living is slower paced, more family oriented on a whole, and less violence per capita are being bullied into accepting the tide.

The concentration in part reflects the differences in the brand of entrepreneurship historically practiced in rural areas, compared with the higher-tech start-ups that have risen up in recent decades. Recent research suggests there has been no decline in the formation rate for the Silicon Valley-style start-ups that economists generally consider to be “high growth,” which means the sort of companies that could sprout to employ hundreds or thousands of Americans.

The drop has come in the formation rate for other types of businesses, such as small manufacturers, construction firms and service establishments, such as restaurants. Those small businesses have traditionally served as critical vehicles for wealth-building and economic mobility in much of America. The sandwich shops of that world, as Adelino puts it, are struggling; Google-type start-ups are not.

Not surprisingly, then, the 20 counties that combined for half the country’s new business formation are almost entirely pillars of the innovation economy. They include the counties surrounding San Francisco, Los Angeles, New York, Miami, Austin, Dallas, and Chicago.

Those areas contain higher-income, more highly educated workers, who appear to have had a much easier time accessing capital — the infusion of money you need to start a business — in this recovery than workers in the rest of the country.

After the Great Recession, lower-income borrowers were effectively shut out of credit markets, Adelino’s research shows, a finding supported by data from the Federal Reserve Bank of New York. Industry groups and many economists have warned that the Dodd-Frank financial regulation act, passed in 2010, has forced smaller banks that often serve rural communities to tighten their lending.

Previous economic transformations, such as the shift from farms to factories, have drawn Americans from rural areas into cities. Economists worry this case may prove more damaging, though, for workers, rural America, and the country’s overall economic performance.

Where has my hometown main street gone? IT has been taken over by the rich and powerful in the cities that many have no desire to be like. Today the small American town is screaming for help. Who can and who will listen to the silent masses of small town America?