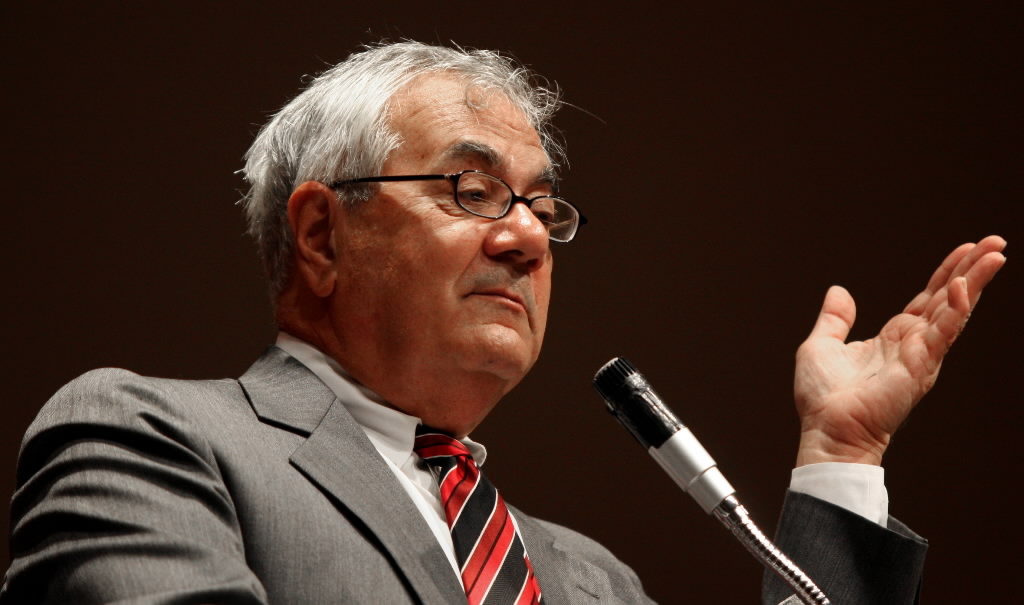 I won’t bore you with the minutia of the Bill or all the ridiculous and sadly necessary legalese of the FADA, H.R. 2802, but in a nutshell, the very first sentence says it all. “To prevent discriminatory treatment of any person on the basis of views held with respect to marriage.” Is it just me, or can that be the entire Bill? In fact it does say it all. There is no need for the minutia – the details of what type of discrimination may take place.

No person can be discriminated against, which also means no organization(like churches as an example), because they are made up of…persons. But still Congress felt the need to fill the page(s) with examples of potential discriminatory actions and findings. After all, they must justify their existence as lawmakers.

Well, needless to say, the left isn’t happy with the prospect of not being able to wantonly attack anyone who chooses not to tow the LGBT line, so they brought out of moth balls a secret weapon – super genius and homosexual, Barney Frank.

For reasons I can’t fathom, Frank is a Washington D.C. icon and has the respect of most of his peers in the House (and Senate). Yet he is just a statist hack who probably earned iconic status for just being there for so long (1981-2013). Meanwhile his signature piece of legislative crap, Dodd-Frank lives on – continuing to wreak havoc on the American economy and the banking system.

Frank began his testimony: “I do not understand why people think I should pay taxes that fund a variety of federal contracts and then be excluded from receiving any benefits from them…” What the $#*^$#! Are you kidding me? Everyday we are forced, basically at gun point, to pay taxes and fees to fund thousands of useless programs which never benefit us! Quite the opposite in fact. He’s got stones – I’ll give him that.

Barney Frank continued, “Just as I would say, if you say you believe in racial discrimination or religious discrimination any time, you are at an agency that is in charge of protecting and enforcing constitutional rights and you express your view that that constitutional right should not exist or is damaging to the country, then you should not be in the enforcement position (government) there.”

Barney continues by explaining that his “marriage” to his husband/wife/spouse/other (pick one) Jim has damaged no one – that “the falsity of which has been long since demonstrated, that Jim and I have in some indefinable way damaged the social fabric by sharing our lives.”

No Barney – not yet, but it takes time to tear down society and rebuild it in the warped image of you and your radical compatriots’ liking. I recall your fellow leftist Ted Kennedy insisting in 1986, that granting amnesty to 3 million illegal aliens would also have no effect on America’s “social fabric.” Now we have to press a button just to choose our own language.

“My objection in no way means that I do not recognize his or her right to any opinion whatsoever,” said Frank. Yes – it absolutely does. It’s been proved in one after another public forum that we have no right to our opinion – and that many have suffered the abuse of this administration for having such.

Frank continues his diatribe, but oddly argues only against the misuse (in his opinion) of government contracts – that those who voluntarily receive government money of any sort cannot therefore deny him or anyone else the benefit of services.

But that is just part of the Bill. It states:

“Notwithstanding any other provision of law, the Federal Government shall not take any discriminatory action against a person, wholly or partially on the basis that such person believes or acts in accordance with a religious belief or moral conviction that marriage is or should be recognized as the union of one man and one woman, or that sexual relations are properly reserved to such a marriage.”

It then goes on to stipulate things like government contracts, etc. But Barney, through his erudite testimony, would have us believe the Bill pertains only to government contracts and contractors, which by the logic of the left means any transaction involving the government. Nice head fake Barney. Evidently, following Frank’s logic, a church, just by being tax-exempt (which is all of them) is a government contractor and should be forced to perform ceremonies they find objectionable.

Barney ends with a soliloquy regarding those who take government money to build public housing, and due to this Bill, will be able to deny same-sex couples one of the posh units.

But really, by his own testimony, he is just making the case against federal government intrusion. Government should not be in the business of marriage, public housing or anything else he cited. Once again, he is demonstrating that problem is, has been and will continue to be government. Take the feds out of the equation and the problem will solve itself.