Ban the Guns, So we Can be like Chicago! 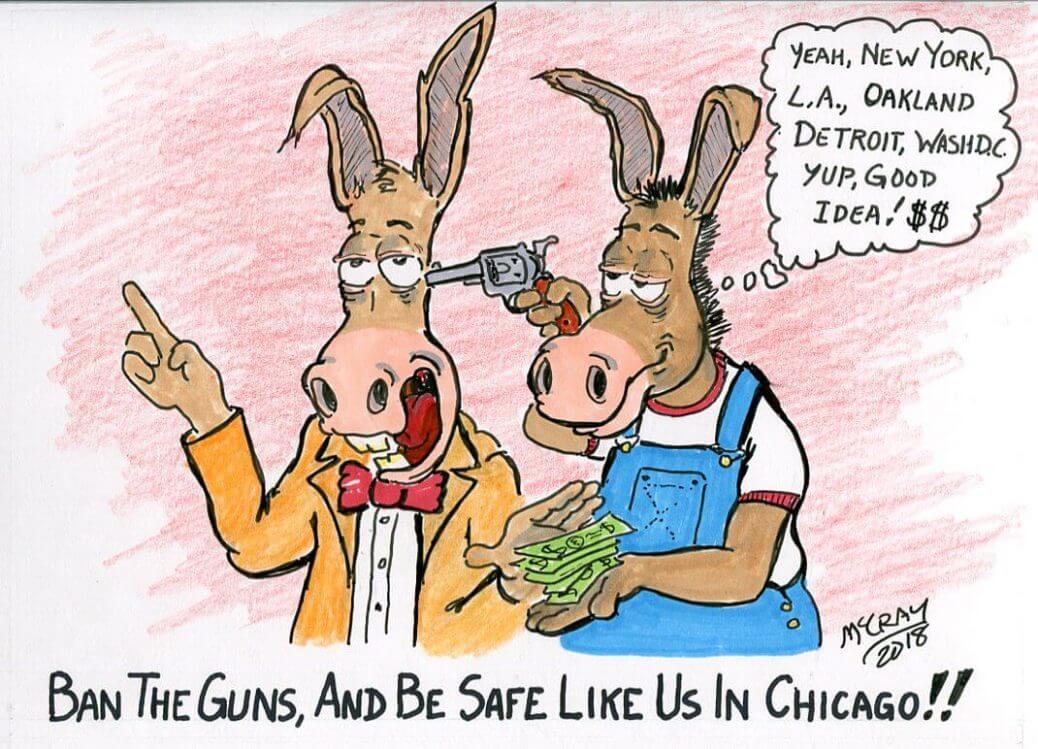 Right on queue, the anti-gun left screams for Gun Control, before the Victims of the Parkland School Shooting are buried.  They are parading out some of the survivors of this shooting, calling for gun bans using the same old tired scripted phrases of the past.  They have taken the terrorist acts of San Bernardino and the Phase Night Club  shooting as additional proof to ban guns.  The Terrorist acts in Europe, where there are strong gun controls, prove that terrorist will have firearms available when they want them.

No one has come up with any law, check or method that would have kept a gun out of the hands of the shooter.  It has been well stated the problem is MENTAL HEALTH, but this being ignored by the left, whose goal is to do away with the Right to bear arms, the 2nd Amendment.  Do away with the Right, key word here, RIGHT, to own firearms, and you have all the power in the hands of the government.  Like we should trust the government, especially now, in light of the abuses of the Obama Administration.