An Atheist Calls Heaven a “Scam” 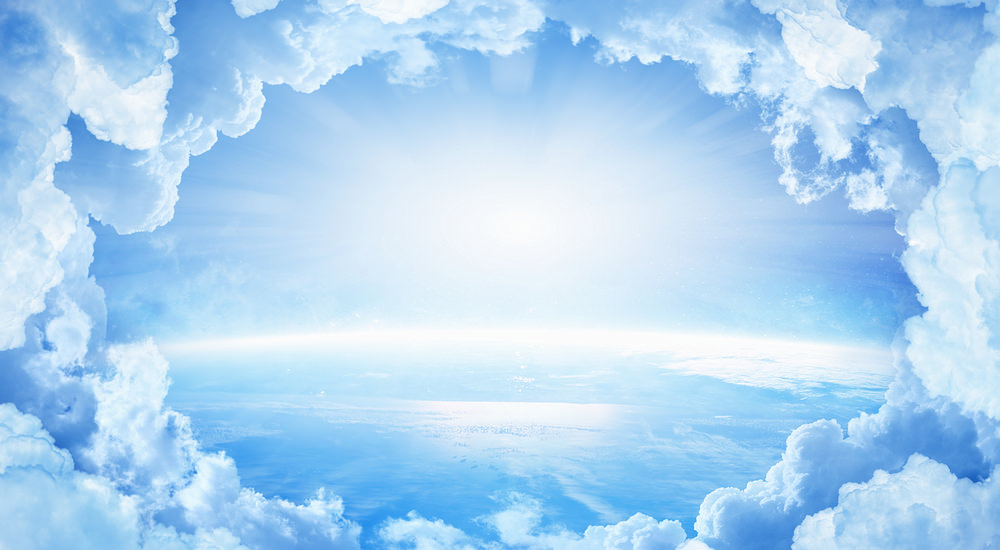 The polygamy investigations in Texas has brought to light a scam that instigates and perpetuates the motivations of people who grasp at the promise of a heaven.  The requirements of life are depicted to include various acts which will translate into approval by a deity for admission to a palace that lasts forever and has attributes that are superior in some respect to actual living on earth.  This can also be observed by the Muslims willing to crash into buildings in the name of obtaining an eternal life in a place where virgins abound and an allotment of 72 is promised.  Promised by whom?  By those who are willing to take ancient scribbling and be the anointed translator and/or spokesperson telling the followers what is the true interpretation of the ancient scribbling.

Promising and projecting is always the method of those who understand how to prey on the fears of the human psych.  There was a “prophet” in the House of David located in Benton Harbor Michigan who promised his followers that by following his teachings they would never die.  When he died the followers finally figured out they had been hoodwinked.  Since there is no way to disprove the promises of what happens beyond the grave this is the prefect venue for the charlatans that capitalize on this approach to instill fear and therefore motivate followers to act in accordance with the wishes of the hoodwinker.  The reason there is no way to prove what happens beyond the grave is because living evidence of the dead is an impossibility.  Addressing this issue the Christians posited that the dead could be brought back to life if they had sufficient standing with the supreme deity.  Since they couldn’t duplicate or even point to the person resurrected as living on earth they needed to posit another place to live and this led to the invention of heaven.

The standard argument to substantiate this special place is the reference to the “inspired” word.  Inspired word requires the utilization of the method of faith.  For when asked how we know the word is inspired we get the circular argument that the written word says so.  Such a logical fallacy requires we believe in spite of the contractions, in spite of the lack of evidence and succumb to the fear that if we don’t believe we will not see this special place that has no known location, has various contradictory attributes and allows only certain dead people to enter ( those who live by the prescribed dictates of the earthly hoodwinkers).

If you look at the descriptions of the place called heaven you find the description contains earthly attributes like golden streets even though what a street is needed for is never questioned.  The notion of virgins that eventually lose their virginity and become “used” certainly makes one wonder what the long term prospect consists of.  Appealing to naive young males thinking only of a prolonged orgy without question and the prospect of a sustained hormonal gratification motivates these vulnerable scamps to promise to do whatever is necessary to get to this place that certainly has no counter part on earth.  All that is required is to get the victim to believe and this is what the religious leaders know and promote.  It is easy for these leaders to promise and profess they believe what they are promoting but how many of these leaders present an example of their “faith’.  How many leaders like Osama Bin Laden show by the example of suicide bombing of their own body the desire to achieve what the young naive followers are promised?  Or consider the opulence of the Pope and his cry for charity and denial of material pleasures.  The obvious ploy of the televangelists with their wealth obtained from guaranteeing eternal life to those who think what they are contributing to is a better world that a deity of all powerful ability cannot see without their paltry contributions placed in the hands of these charlatans living in opulence.  P.T. Barnum at least offered entertainment.  The promise to alleviate fear of death offers nothing but a play on the emotions of the person who is willing to believe anything to not have to face eternity in an adverse environment.  This of course brings up the concept of Hell.  This idea was necessary, for those who in true religious altruistic fashion, were not concerned with seeing what they were required to despise in life ( such as gold ) yet would respond to fear if enough punishment could be attached to the experience.  Thus came the gnashing of teeth , the burning of flesh, the eternal anguish and pain with no hope of ever being alleviated.  This attached to a dead body that somehow wasn’t dead registered in the minds of those willing to believe at any cost just to avoid what could  only be projected.  Since this approach could terrify the believer who really didn’t care about eternal reward but didn’t want eternal adverse consequences, it was included in the message to cover as many followers as possible.  Of course the greatest condemnation was reserved for those who denied the message and the premises of the hoodwinkers.  Eternal damnation was not good enough for these nonbelievers for they threatened the very essence of the scam and were hastened to their death by laws and religious dictates.  Thus the infidel, the non believer, the pagan was expendable as they would never become followers and live in fear so they must be killed and tortured to create an example what consequences were expected by questioning.  This is also the code and method of criminal gangs who offer ‘protection”.

The fear of death has been a real boon for charlatans.  They have lived in opulence, ruled by decree, and never had to worry that someone would come back from the grave and say, “You were wrong.”  Like the Global Warming fanatics the future they talk of is so far removed from their life span that accountability is impossible.  Like Congress who believed their promises would not blow up during their tenure, the promises of fantasy continue and the followers nod and acquiesce hoping the impossible will somehow come true.

Simply put, there is no such place as heaven either on earth or anywhere else you can imagine.  It is the product of a human mind that tried to posit a reward for belief.  You will recognize the requirement of belief is always tied to the “reward” of heaven.  Get people to have faith and believe and you can sell them anything,  This works for quackery, snake oil, religion, diets, supplements, exercise machinery, sun screen, copper bracelets , swamp land and even columns appearing in the New York Times. Look to the gullibility of man to believe without proof.  Ask for belief and keep the mantra going and before you know it there will be a following.  Conspiracy theories erupt, religions arise, and all thrive on the number believing instead of the truth of the contentions.  Rewards geared to a better life abound in the political arena and rewards geared to an afterlife abound in religions.  But both are empty promises of charlatans who cannot deliver.  The socialistic heaven of today’s politicians ignores the costs of creating such an environment and fail to account for the law of deficit spending which always leads to bankruptcy via inflation.  The religious heavens will always be proposed by the advocates willing to promise and project whatever will motivate believers to follow , contribute and never question.  This is the pattern and the consequences of faith, the most destructive mental process that the human mind can cling to.  It is far better to question and learn than to believe and hope for what can never be.  Determining what is possible comes from questioning and concluding on the basis of evidence.  Where no evidence exists, the promises and visions of man cannot be substantiated by blindly believing them.  The argument that they may be right is false.  There is no possibility that the impossible can be.