At the Twilight of Liberty? 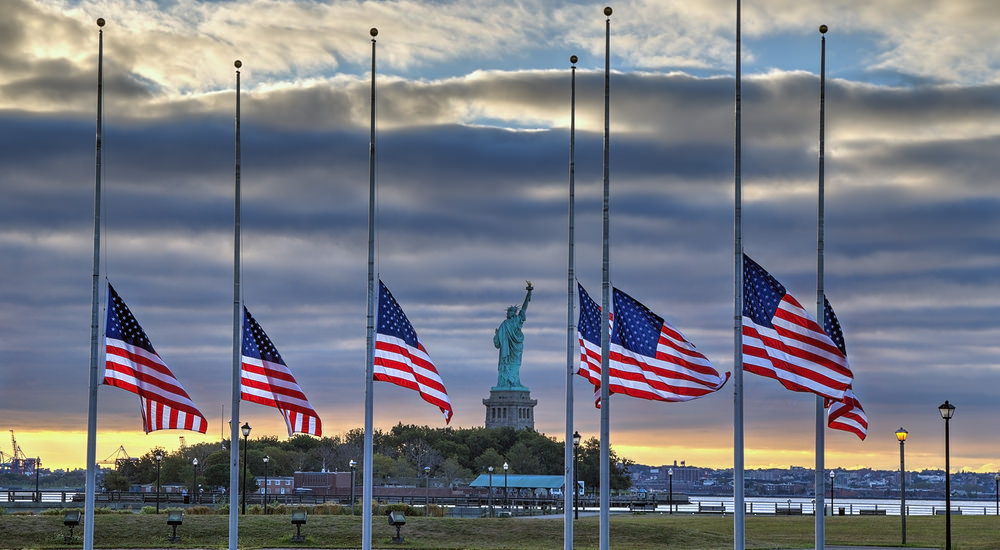 “WE THE PEOPLE of the United States, in Order to form a more perfect Union, establish Justice, insure domestic Tranquility, provide for the common defence, promote the general Welfare and secure the Blessings of Liberty to ourselves and our Posterity, do ordain and establish this Constitution for the United States of America.”

The U. S. Constitution’s Preamble is more than a meaningless introduction to the framework of the Government established by the ratification of the Constitution; it is an enumeration of general guiding principles justifying the Government being proposed. The United States Constitution – to include the Preamble – assumes i.e., takes a number of things for granted; should we reject those assumptions, we – in effect, consciously, or otherwise – reject the Constitution.

At the time of the Founding of our Nation, it was common to hold that humans possessed “natures” (i.e., God-given rational essence) just as it was commonly held that there was a thing called Nature. It was commonly held that God had created an objective intelligently ordered reality, and that man was created in God’s image and likeness. It was commonly held that man was able if given the proper incentive to conform his conduct to principles of morality, and of law. Jefferson’s claim regarding the self-evident truth of the created ‘equality of men,’ was prior to Government, at birth – and “in the jungle” so-to-speak; thus, the equality shared among humans would be that of moral (i.e., no baby is born, is more prone to good and/or evil conduct than any other; all are fallen) and mortality (all humans born, eventually die).

Jefferson in positing the unalienable Rights of “Life, Liberty and the Pursuit of Happiness,” flow from the self-evident truth created equality lays the predicate for and Jefferson’s anticipation of the need for limited an separate branches of Government; since no human is objectively worthy of trust, and although humans – as moral beings in nature – possess the right to everything, their rights are not secure i.e., in the jungle: ‘might makes right.’ Jefferson’s claim regarding inalienable Rights – as axioms (i.e., self-evident truths) – and is the basis of the social-contract to which the signatories of the Declaration of Independence ‘mutually pledged their Lives, Fortunes, and Sacred Honor. A number of those signers – in the course of the War of Independence – had those pledges redeemed by the transpiration of events.

If the disposition’s of the Founding Fathers, and their contemporaries, should have been, as the disposition of the average U. S. Citizen is today, it is unlikely that there would have been a Declaration of Independence, therefore there would not have been a War of Independence, therefore there would be no Articles of Confederation and therefore no United States Constitution, therefore no Bill of Rights and therefore no United States of America. If the Founding Fathers possessed the slothful self-indulgent dispositions possessing the average American citizen today they would refer to King George the 3rd as their Master, and be treated – happily – as his chattel.

This aforementioned should not be construed as a diatribe against the contemporary Culture of the United States; it is meant as a description. Unions require common grounds, common grounds maybe practical – imposed by necessity of the moment, and as soon as the crisis is gone the basis of the Union dissolves (as in the political Right and Left, immediately following September 11, 2001) – or common grounds may be moral – as the common ground that the Founding Fathers stood upon from the signing of the Declaration, the War of Independence and through the ratification of the U. S. Constitution – which endured until the philosophical underpinning i.e., worldview a.k.a. Christendom embraced by the Founders was gradually and unconsciously rejected.

The same common ground necessary to form ‘a more perfect Union,’ is also necessary to establish Justice, insure domestic Tranquility, provide for the common defence, promote the general Welfare and Secure the Blessings of Liberty; thus – apart from the Founders worldview – the Constitution becomes a tenuous proposition. I would argue that the people of the United States – to include the political class – not only had their tyrannical impulses checked by the separated government, but by their worldview as well; within the Founders worldview virtuous conduct would be satisfying in itself and for its own sake; for man (human) comporting himself nobly would be in some sense an actor on the stage of History, his actions of sacrifice being possessed of transcendent meaning. Such worldview, meaning, and action precipitated the abolitionist’s movement. Such a worldview is no longer! As a people, and as a culture, we celebrate values very much like those that animated the denizens of Sodom and Gomorrah… President Obama’s claim: “…we are no longer a Christian Nation…” was not a lament, but a gleeful celebratory proclamation, uttered by an obdurate satyr of filth. Obama’s “fundamental change” was an attempt to codify the perversity as a norm, and We the People largely applauded…

In a column: How Trump has failed to uphold our Creed – published today (5/4/2018) at WND – Dr. Allen Keyes takes the Trump administration to task for not forcefully engaging the culture vis-à-vis sodomy and SCOTUS’s violation of the American moral creed (Judeo-Christian principles). Now – although we greatly admire Dr. Keyes, and agree with his sentiment regarding nihilistic hedonism – we think its political suicide to expect POTUS Trump to undo the effects – on American culture – 70 + years of insidiously ubiquitous social-engineering. The inversion (i.e., the exchange of Christendom for its antithesis) of worldviews dominant in University has gradually altered the citizenry from Christians – struggling to practice virtue – to hedonists seeking licentiousness. If the Trump Administration attempted to repeal laws and practices – which are clearly opposed to Judeo-Christian principles – besides garnering the acrimony of most of the American citizenry, he would likely be labeled a hate-monger by many men-and-women of the “cloth,” to include Pope Francis – who seems to think sodomy is akin to jay-walking… Any repeal of the culture-of-death – short of a chastening calamity (an event, or series of event, much more frightening than the events of Sept. 11, 2001) – will require patient step-by-step undoing the conditions which precipitated cultural immoral integration. Such is – however – a topic for another post – or several…

As things stand – at present – unless WE THE PEOPLE of the United States recover the worldview of the Founder’s, our Nation is in its twilight-of-Liberty.