At the last Trump 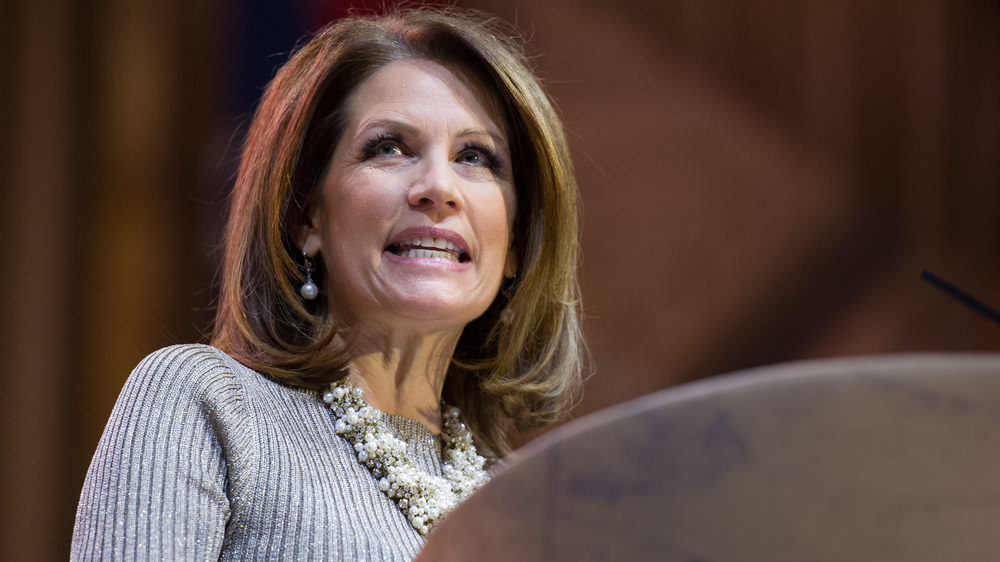 Former Congressional Representative from Minnesota, Michele Bachmann, expressed her views recently regarding Donald Trump. “I, as a Constitutional Conservative, as a believer in Jesus Christ, readily embrace Donald Trump’s agenda.”

Naturally, Leftwing hate exploded onto social media. That is to be expected. What is unseemly, however, is the attitude of some people claiming to be fellow Christians. A majority of voting Evangelicals, beginning with the South Carolina primary, suddenly and (to many) inexplicably changed their preference from Ted Cruz to Donald Trump. Cruz’s hope of using the Bible Belt Christian voters as a firewall against Trump, especially after his victory in New Hampshire, was thwarted by the unexpected defection.

As we all know, Trump won thirty-seven state primary elections. He garnered close to fourteen million votes – the highest total of any GOP candidate in primary history. In the face of an avalanche of Establishment vituperation and threats to steal the nomination, The Donald won a super-majority of delegate votes in Cleveland.

And yet, there is a segment of the Christian community that will stand on their heads and whistle Dixie before they’ll ever cast a vote for the Republican nominee. Trump is thrice married, an admitted adulterer, a sinner of the worst magnitude. So, even if it means the candidate of evil manages to take America down to the level of Venezuela, it’s better than voting for a man who had the bad taste to marry a magazine model that is fluent in five languages.

Pharisees would look to stone King David for adultery and murder. That’s what Pharisees always do. They’re too busy looking for the faults in others to see the faults in themselves.

Jesus said, “Why worry about the speck in your brother’s eye when you have beam in your own? Remove the beam first and you’ll better see the speck.”

Thank God, though, that Jesus Christ is not a Pharisee. He chose to eat with publicans and sinners. He forgave the woman thrown down at his feet and condemned for adultery. “Let them without sin cast the first stone,” He said.

He not only spoke to the Samaritan woman at the well, he asked for water. Samaritans were considered Gentiles and dogs, the wholly undesirable by religious people. Yet, not only did he ask for water, but she was the first human to whom He revealed himself as the Messiah.

If God wanted to do the easy thing, the expected thing, He wouldn’t have told Gideon to cull his troops against the Midianites. Gideon went into battle with 300 when he could have had tens of thousands of soldiers. Why would God so “cripple” Gideon’s army? Because He wanted everyone to know He alone was the reason the Midianites were defeated.

God did not choose a champion of equal size and strength of that uncircumcised Philistine. No, he sent a boy with a sling and five smooth stones to confront the giant. God wanted no one to mistake who was actually responsible for routing the enemy that day. The Philistines certainly knew the God of Israel was behind their defeat, and they ran for their lives.

And if these pious critics of Donald Trump are Christians, people with two birthdays – one we can’t remember, the other we’ll never forget – if we’re truly twice born, then we know there is no such thing as luck or coincidence.

So, that being said, how do critics think a man without political experience managed not to get laughed off the stage? How did this neophyte defeat fifteen political pros blessed with rich donors and a great deal more money?

If there wasn’t a God in heaven, I’d have to believe Donald Trump is the luckiest guy alive. Without donor dollars, with only a shoestring budget, with amateur consultants (his kids), Trump sent the critics fleeing Cleveland in search of their consciences.

And now, he stands less than two months away from being President-elect.

He chose Mike Pence as his VP (a Christian, born again like Michele Bachmann).

He has as one of his trusted advisors, Dr. Ben Carson.

The harvest is ripe but the laborers are few. God is not ready for the United States to disappear. He has intervened and Trump is His choice – obviously.

If Christians do not vote for God’s candidate, they are willing to let Satan’s globalist, Left-hand candidate to win by default. Yet, the God of Israel will take measures He deems fit to destroy the Left, the Globalists, and the Socialist cabal – and He’s not confining His efforts to America, either.

God is not mocked. The globalist Leftwing Cabal is reaping the whirlwind this Year of Jubilee. God’s judgement is falling on them, not on America’s remnant. Over thirty years ago, many Christians refused to vote for Ronald Reagan because he’d been divorced. He wasn’t a Christian like them, so they voted for the professed born-again Christian, James Earl Carter.

But, the God of Israel had other plans, and the Hollywood actor was elected. For eight years, he presided over an amazing American renaissance. Then, the global elite shunted him off to California and took over the reins of government. We Christians owe it to our children and our children’s children to support Donald Trump, warts and all.

Our future depends on the globalists being defeated; otherwise, our children will grow up in a third-world nation. That is why I stand with Michele Bachmann and others who have decided to publicly support Donald Trump, and do so in the face of calumny from both the Left and Right-handers.