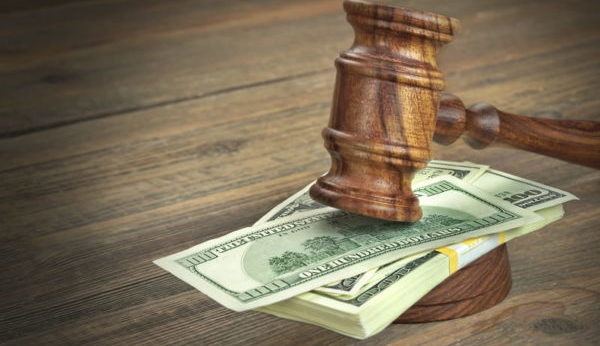 A few days ago, I was directed to a YouTube video that prompted me to recall the danger, the un-constitutionality, and the uncivil nature of the practice called “civil asset forfeiture.” The first four minutes of the video featured President Trump and representatives of the National Sheriffs’ Association discussing the topic of asset forfeiture. The remaining six minutes consisted of dashcam footage showing the real life implementation of this practice of seizing assets without a court conviction, trial, arrest, or even having charges brought against the person whose assets were being seized.

For those unfamiliar with the concept of civil asset forfeiture, it goes something like this: Police pull a vehicle over, search it, find an unusual amount of cash, guns, or other items that they “suspect” of being obtained, or used, illegally. They then seize the cash, guns, or maybe even the vehicle, whether or not actual contraband was found, evidence of a crime was discovered, or the person driving the vehicle was charged with a crime. This also applies to depositing too much cash into a bank account, or depositing large sums of cash too often. The government can simply confiscate your money because they “suspect” you are engaging in something illegal. It is then up to you to hire an attorney, go to court, and prove you are innocent in order to get your money back.

Before anyone accuses me of coddling criminals, or hating cops, let me say that I fully support the confiscating of contraband and the long-held practice of “criminal” (versus “civil”) asset forfeiture in which assets are retained by the state only if guilt of criminal activity is proven in a court of law beyond a reasonable doubt. I also fully support, and am grateful for, our servants in law enforcement who, in the spirit of Romans 13:3, make themselves a terror to evil works. I’m also persuaded that, 99% of the time, cops get it right and use civil asset forfeiture on actual “bad guys.”

My concern is not for criminals, but for the willingness of “we the people” to turn our backs on hundreds of years of English common law heritage that presumed a person to be “innocence until proven guilty,” and our choice to forfeit 225 years of Constitutional protection under the Fourth and Fifth Amendments which state that:

The right of the people to be secure in their persons, houses, papers, and effects, against unreasonable searches and seizures, shall not be violated, and no warrants shall issue, but upon probable cause, supported by oath or affirmation, and particularly describing the place to be searched, and the persons or things to be seized.

No person shall be… deprived of life, liberty, or property, without due process of law…

Despite the plain text of the supreme law of our land, judges and lawyers have engaged in legal gymnastics, and constitutional contortions, to justify (at least in their own minds) the seizing of personal property for the public treasury merely on the basis of the suspicion of criminal activity and without the need for arrest, criminal charges, a trial, or conviction.

“Notice the term ‘civil.’ That means it’s ‘not criminal’ – no crime has been committed.

“The application of criminal forfeiture to civil cases has become so egregious that Congress enacted the Civil Forfeiture Reform Act of 2000. This act requires the government to take certain steps in order to keep seized assets. However, the process for the target of forfeiture to appeal these seizures is so onerous, and expensive, that for many innocent people, they simply walk away, because it is also a due-process nightmare.”

Wikipedia describes civil forfeiture in the U. S. as, “a dispute between law enforcement and property such as a pile of cash or a house or a boat, such that the thing is suspected of being involved in a crime. To get back the seized property, owners must prove it was not involved in criminal activity.”

Frankly, the only role the President properly has in this matter is his duty to instruct the federal law enforcement agencies under his charge to abide by the Constitutional restraints of the Fourth and Fifth Amendments of the U. S. Constitution. He is also obligated to appoint federal judges who understand the plain text of the Constitution, and who respect the original intent of its framers.

The primary place for reform is at the state and local level. Asset forfeiture laws vary greatly by state, with some states requiring a conviction before forfeiture and others requiring only a preponderance of evidence. As with most things, the responsibility properly falls to “we the people” to elect state legislators who will repeal preponderance-based forfeiture laws and protect our constitutionally guaranteed right to be secure in our persons, houses, papers and effects and not to be deprived of life, liberty, or property, without due process of law.

Perhaps the greatest thing we can do is to elect county sheriffs who understand, and respect, the plain text of the U. S. Constitution and who possess the moral character necessary to resist the temptation to enrich the public treasury at the expense of the Fourth and Fifth Amendment due process.

The fact that most who currently wield the power to seize our assets are using it against actual bad guys, with only the occasional innocent citizen being wrongly divested of their assets, doesn’t excuse the horrific folly of placing such power into the hands of government without forethought as to what new administration might next come along to wield it unconstitutionally.

Acceptance of the seizing of assets without a burden on the state to prove guilt, plunges a dagger through the heart of the American tradition of “innocent until proven guilty,” and opens the door for the frightening prospect of future regimes to take whatever they want, from whomever they want, whenever they want.