The Assault on Western Civilization 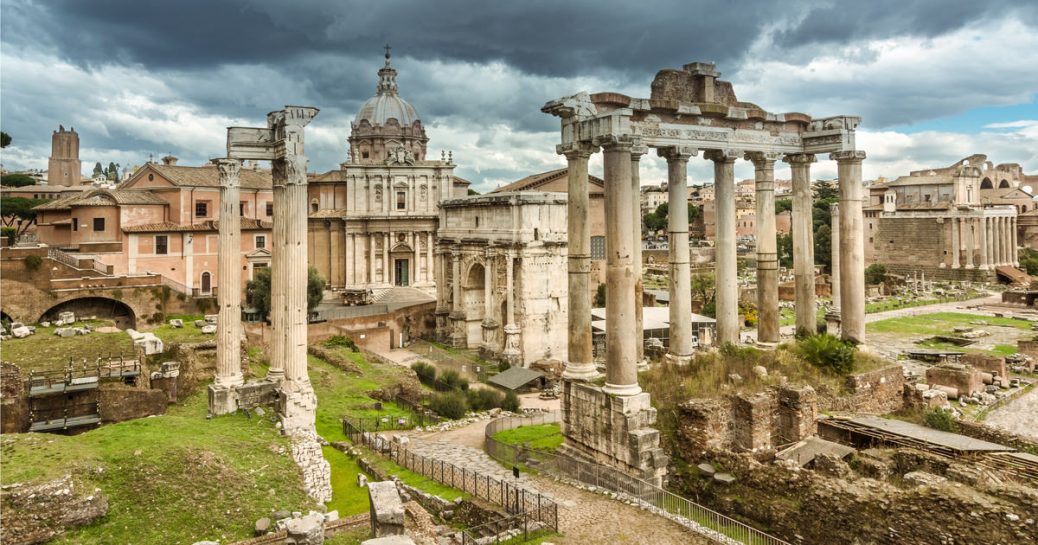 Yale University recently made a decision to rename its residential college campus. John C. Calhoun, former senator and slaveholder, is now considered after many years to be unworthy of the honor. Princeton has also come under fire for any of its institutions named after Woodrow Wilson, considered by some a white supremacist. The Charlottesville, Virginia City Council is considering the removal of a statue dedicated to the Confederate General Robert E. Lee, a hero too many Virginians and a part of their historical heritage.

Let’s be clear here, and expose to the light of day the real truth; these are just some of many efforts by the grievance industry; part of a misplaced radical agenda by a politically correct multicultural rogues gallery of liberal progressive malcontents, to remove from the public square all vestiges of Western Civilization, and to relegate all those ‘angry white men’, this would include the Founding Fathers, and their successors, to the trash heap of history, a history they seek to rewrite.

In what was thought to be a private and personal conversation, a New York Times reporter referred to First Lady Melania Trump as a hooker. Jacob Bernstein later apologized on Twitter, only after Times editors denounced his behavior “as not in keeping with the standards of the Times”. That’s absurd on its face; of course it’s in keeping with their standards. When you consider the quantitative and qualitative value of the Times standards, your only recourse would be to measure and compare them to what you consider to be morally and ethically righteous. This would include reporting accurately, objectively, and unbiased, and striving to maintain and uphold these qualities. As far as I’m concerned, the Times has revealed that it long ago lost any measure of journalistic excellence and integrity.

CULTURAL CHANGE: IS IT GOOD OR BAD

There was a recent controversial issue that arose in the town of Kenilworth, New Jersey. It involved a 13 girl, a seventh grader, who attended St. Theresa Catholic School. It seems the school disbanded its girls’ basketball team due to a lack of participation. This young girl, Sydney, requested that she play on the boy’s team, but school policy forbid that. Her parents sued the school, but the case was thrown out, due to it being a private religious school. Her parents appealed the ruling, and the court found in favor of Sydney and her parent’s, she is now on the boy’s team.

The concern here is will Sydney receive special treatment. There’s a good possibility that most of the boys on the team are bigger and stronger. Will they hold back, or will some resent her participation and rough her up, let’s hope not. Also, will Sydney use the boy’s locker room?

We’re talking about a young girl here, so we should all wish Sydney well and hope that things work out for her, one way or another. But, situations like this are not unique. Over the last decade or so, we have witnessed efforts made on behalf of a liberal progressive agenda to impose manipulation of the sexes, for want of a better term. We have seen girls and homosexual leaders in the Boy Scouts, boys in girls rest and locker rooms, girls on boys basketball teams, the LGBT agenda, transgender in the military, same-sex marriage, “Don’t ask, don’t tell”, photographers, bakers, artists being sued and losing their livelihoods for practicing their faith; all are manifestations of a moral and ethically confused culture that defy nature and natures God, and all played a major role in the Trump victory.

In a February 12 article in the New York Post, the author expressed dismay with her fellow liberals. It seems they have lost their patriotic zeal; when assembled together there is a noticeable absence of American flags. I believe the author Claudia Santino is a lone voice crying out in the wilderness. There may have been a time when liberals were proud of their country and displayed that pride for all to see, and waved Old Glory. But those days are long gone, faded into the mists of history and ideological idiocy. Post modern liberals and progressives are a new breed, a different species with little, if any, pride in America. They’re reckless, hate-filled, contemptuous, disrespectful, and border-line deranged. However, liberals will on occasion briefly wave the flag, just before they toss it as it burns.

The election of Donald Trump has not only brought out the very worst in liberals and progressives, it has also revealed how selfish and vindictive they can be.

Most of you are probably familiar with the incident on a commercial airliner with Ivanka Trump and her family and a loudmouth fool shouting invective and insults. Recently, Tiffany Trump the 23 years old daughter of the President attended a fashion show in New York City. This created a rather embarrassing situation for this beautiful young woman. It seems the industry has revealed itself to be nothing more than an elitist, snob filled bunch of rich repulsive deadbeats, who would rather not sit near her because of their hatred for her father. There was a glimmer of hope however, designer Phillip Klein welcomed Tiffany, and from someone you would have never thought capable of such magnanimity; Whoopi Goldberg decided to defy the status quo and sat with Tiffany.

The Dalton School is an elite private institution on the Upper East Side in New York City that serves grades K-3 through 12. The school holds an annual ice skating celebration for the students, its proximity to a rink allows easy access. This year the celebration has been canceled, it’s the Wollman Trump Ice Skating Rink. Some of the parents, who in the past had not had any problem with this, now complained and refused to have their children  participate, and even threatened the school with their removal. Some parents thought this absurd and mean-spirited, and criticized this politically correct turn of events. The saddest part of this regrettable scenario is that the students will suffer for the foolish, selfish, and the pettiness of their parents who have proven to be less mature than their children.