An Assault Rifle is just too Scary to Own 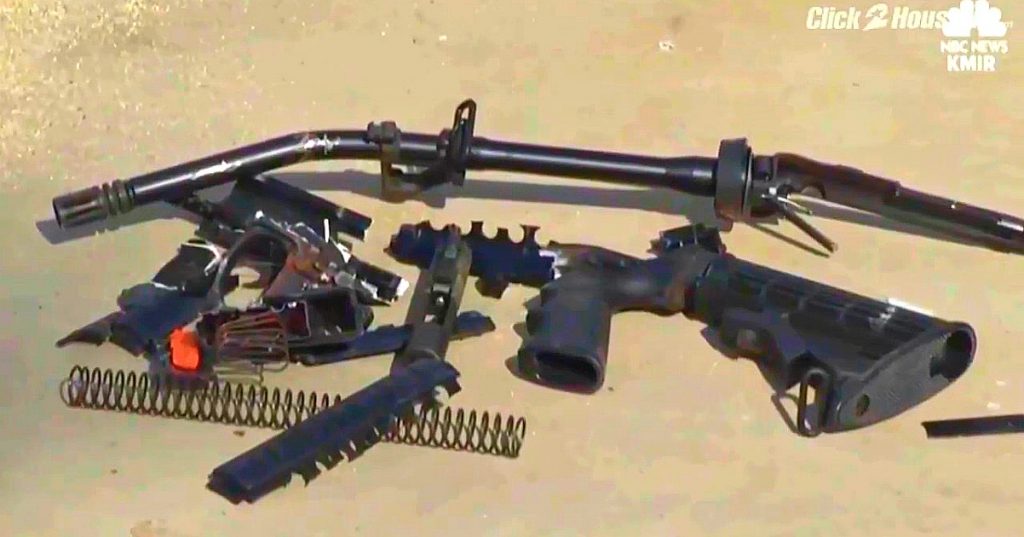 A report out of Southern California describes a “gun enthusiast” who purposely destroyed his AR-15 rifle. It is further explained that he did so, “to do his part to put a stop to mass shootings.”

He took a sledge hammer to it.

“I can’t do it,” Chad Vachter said. “I can’t have something in my house that so easily could become a part of another situation like that, and I’m not going to be desensitized to it. I refuse to.”

“Vachter, of Riverside County, first noticed his feelings toward the weapon changing after the San Bernardino, Calif., attack that killed 14 people at the Inland Regional Center in 2015. His son was being treated for autism there,” KMIR reports.

While I understand why he feels a connection toward the Center and likely some of the slain staff there – what does he mean? Has Vachter become unstable? Is he on the verge of a mental break-down, to the point that he fears becoming the next mass-shooter?

He continued by stating that, “When my son is old enough to realize that someone went in there and shot up that place, and he sees that gun in my possession and asks me, ‘Why do you have that, Daddy?’ I don’t have a good answer,” Vachter told KMIR.

And you know what? If he doesn’t have an answer for young junior, he probably shouldn’t “have that.” Not everyone should.

Sure, we all have the right to, but frankly, the vast majority of Americans should not. Most don’t possess the right mind-set to operate a firearm properly – especially under duress. And notice I said operate. I did so purposely, because I want people to equate a firearm to a tool.

A nail isn’t going to be struck without someone first picking up and operating a hammer. Nor would wood be sawed without a saw operator. And a gun won’t fire without someone pulling the trigger. But the hammer, the saw and the gun are all inanimate. They can’t distinguish between someone using them for good or ill.

Should all our lifeless possessions then be destroyed because someone else misused them? Where would it end? It would be like destroying your pots and pans because a neighbor left theirs on the stove too long and burned down their house.

Vachter claims that, “The final straw was the Rancho Tehama, Calif., shooting last week that killed five. It hit too close to home.” This was the straw that broke the camels back, driving him to destroy his rifle. He said that it now makes him feel like he was a small man to think that he ever needed an assault weapon.

“Vachter made it clear that he still supports the Second Amendment and owns a shotgun and pistol. But he hopes to inspire other gun owners to get rid of their assault weapons, and has even come up with a hashtag: #NotWithThisGun.”

I guess a logical question to Mr. Vachter would be – what will he do when his son asks him why he still owns a pistol and shotgun? Will he then destroy those weapons?

I’m going to go out on a limb and say yes.