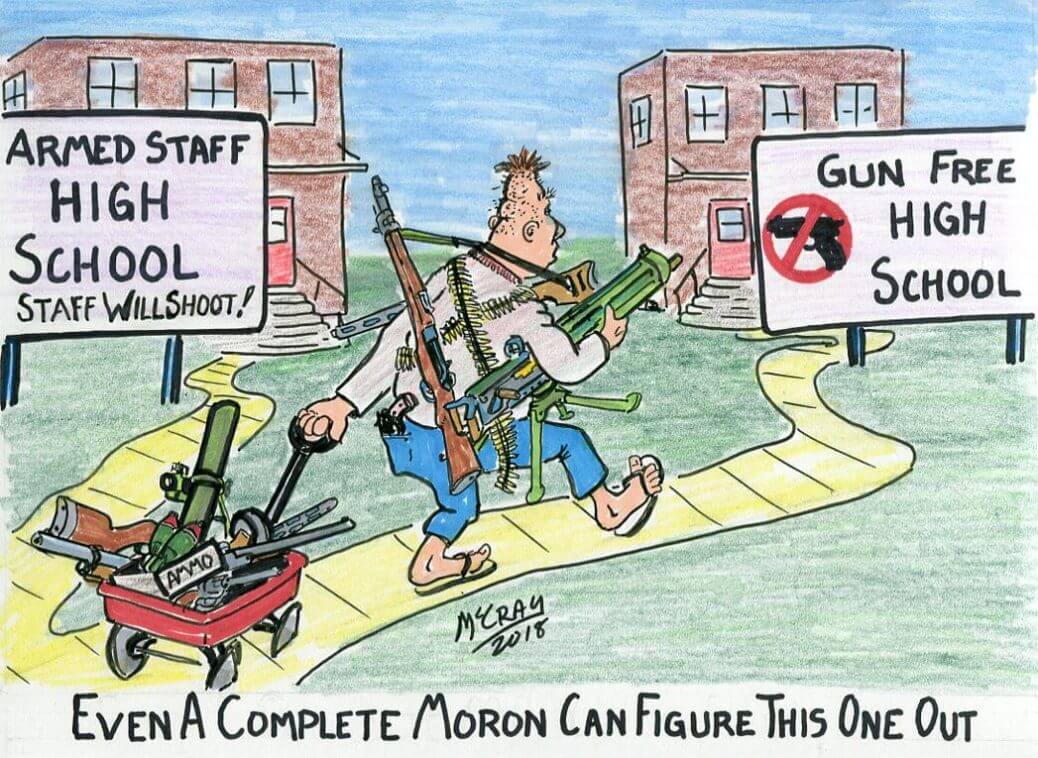 In the physical world the path that is most utilized is the path of least resistance.  In the case of mass shooters they will pick the soft target, the advertised gun free zones are a magnet for nut jobs hell bent of murder.

In the Parkland School shooting, the socialist left are all jumping up and down on their ‘ban the gun’ soap boxes, totally disregarding the real problems of mental health and dereliction of duty by law enforcement.

Their entire focus is on gun control, and their idea of  gun control is no private ownership of firearms.  The left as usual cherry pick the laws that suit them for the moment and disregard others, such as the Right To Bear Arms.

They are not interested in solving the real and underlying problems, just achieving the goal of total control and then a single party government.

The 2nd Amendment was put in place specifically to protect the population from out of controlled governments, which is why we can never give an inch on the ownership of firearms.