Armed Militia Standoff in Oregon is All About You 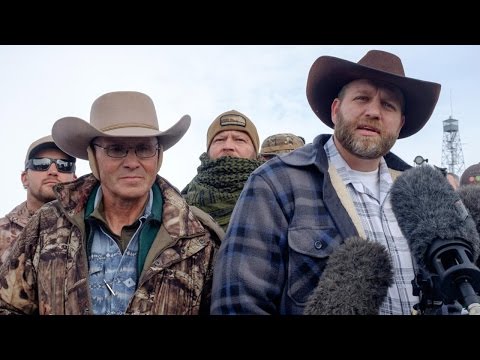 To understand why “a heavily armed militia has occupied a federal building in rural Oregon” (which constitutes a questionable descriptive stretch at best), one must understand not only the plight of Dwight and Steven Hammond, but also recognize that the egregious actions toward them at the hands of the Bureau of Land Management is not altogether unique.

The Steens Mountain Cooperative Management and Protection Act of 2000 (aka the Steens Act). Among other things, the Steens Act was created:
– “To provide for and expand cooperative management activities between public and private landowners in the vicinity of the Wilderness Area and surrounding lands.”
– “To maintain and enhance cooperative and innovative management practices between the public and private land managers in the Cooperative Management and Protection Area.””

Part of how this is achieved is explained in Section 113(c): “JUNIPER MANAGEMENT. The Secretary shall emphasize the restoration of the historic fire regime in the Cooperative Management and Protection Area and the resulting native vegetation communities through active management of Western Juniper on a landscape level. Management measures shall include the use of natural and prescribed burning.”

Enter Title V, Section 501(b): “Special management practices shall be adopted for the Wildlands Juniper Management Area for the purposes of experimentation, education, interpretation, and demonstration of active and passive management intended to restore the historic fire regime and native vegetation communities on Steens Mountain.”

BLM dedicates a lot of time in official publications delineating the need for the use of prescribed burns to keep the invasiveness of juniper in check.

The 2001 Hardie-Hammond fire was the result of private land owners using prescribed burns to both eradicate juniper and increase the feed output of their privately held acreage. This particular fire crossed into land managed by BLM, but leased to the Hammonds for grazing. BLM had been notified of the fire and gave approval. It inadvertently consumed 139 acres of public land. A land management expert would testify that the burn was necessary anyway and that land value actually increased where the burn occurred.

The 2006 Krumbo Butte Fire started by lightning strike and rapidly grew to thousands of acres in size. It threatened to consume an area on private property needed for winter feed as well as possibly destroying structures. A backfire was set on private land that saved the ranch. It burned 1 acre into land managed by BLM.

At this point, The Harney County Sheriff arrested both Dwight and Steven Hammond, charging them with several criminal counts, including one of criminal mischief for allegedly poaching a deer and using fire to cover the evidence. Their property was thoroughly searched. No evidence was ever found to substantiate the charge, and it was allowed to pass into statutory expiration.

In Late 2010, just days before the statute of limitations would expire the 2001 burn, Dwight and Steven Hammond were charged (among others) under 18 USC 844(f) which was amended by the Anti-Terrorism And Effective Death Penalty Act Of 1996 to include the malicious or intentional destruction of government property by explosive devices or fire which would carry a mandatory minimum 5 year sentence. The litany of charges levied against them included 19 counts of criminal activity over a 20+ year period. A revised indictment brought the number of charges down to under 10 each.

The trial was scheduled for 8 days. The prosecution used 6 days, the defense got 1, and the jury used the last for deliberation. The defense motioned for an extension to include the Steens Act to help, among other things, exonerate them of any wrongdoing but the motion was denied. The posecution had 6 days to prove they started the fires (which they never denied), the defense did not have enough time to explain why. The presiding Federal judge conceded that the men, while negligent, were not domestic terrorists. He concluded that the 5 year minimum sentence constituted cruel and unusual punishment under the 8th amendment.

The Hammonds received reduced sentences. They were sentenced to $400K in restitution even though no BLM resources were utilized to fight either fire and testimony provided indicated that the value of the land increased. BLM, as part of the agreement, obtained right of first refusal on the ranch until the restitution was paid in full. In 2014, while waiting for full payment of restitution, BLM did not renew a 10 year grazing permit which substantially reduced the value of the land.

Both men reported to prison and served their sentences. Both men paid, in full, the assigned amount of restitution. Still, the Federal Government saw it necessary to appeal the sentences to have the men remanded back to prison to serve the minimum sentence.

The Hammonds would contend that BLM has been aggressively pursuing land acquisitions for decades. The Steens Act provides for land swaps to consolidate land around the Steens Wilderness Area, which would seem to corroborate this line of reasoning. BLM is also alleged to have blocked road access to private acreage, diverted water that flooded range land, required fences on large ranches when Oregon is open/free range, and revoked or denied renewal for grazing permits. When these actions caused ranches to fall into insolvency, they were acquired by BLM at reduced rates.

Maybe the misapplication of 18 USC 844(f) was an anomaly. Add to it an unreasonable judgement for restitution, right of first refusal, and a denial of grazing permits… now you have what looks an awful lot like a land grab.

This brings us full circle to why Ammon Bundy has a group of men occupying a public land administration facility. The case afflicting Dwight and Steven Hammond is not unique. It is more commonplace than one might imagine. The Government engages in heavy-handed application of the law with near impunity. Ammon Bundy is taking this approach, I think, because it worked for his family. They successfully fended off a roundup of their cattle with an armed standoff. The issue was decades-long in the making. From his perspective, the only way these injustices get attention is when someone makes what he calls “a hard stand”.

Ammon Bundy, and thousands of other concerned individuals, asked the local Sheriff to at least “pause” their return to prison but ideally to create for them a sanctuary in Harney County. Sheriff Ward refused. A group of individuals next drafted a formal Redress of Grievance asking for some indication that justice would be pursued for the Hammonds. This action was ignored. In the minds of the men and women occupying this building in rural Oregon, they have exhausted all resources to assist the Hammonds, and by extension others who have been victimized.

When you see media attention about a rural Oregon standoff, you should first give thought to Dwight and Steven Hammond. If it can happen to them, it can happen to anyone. Next, you need to wonder who else this has happened to and under what circumstances. The Hammonds are not alone in this. Finally, filter what is coming from the mainstream through the lens of decades-long acts of aggression on the part of BLM. No one at the Malheur National Wildlife Refuge wants an armed standoff with the Government. No one there showed up because they are bored and had nothing better to do. They believe that inalienable rights to life and liberty are not only being egregiously violated, but being done so with complete consent of the governed because they are not aware.

Now that people are aware, they have a choice to make.