As one with eight years teaching Chemistry in high schools, with 1200 student years in schools ranging from a small town in Illinois to two in Los Angeles City Schools, and bearing a California Life Diploma Certification, which qualifies me to teach in any classroom in the state for the term of my life, I feel entitled to speak with authority on this matter. 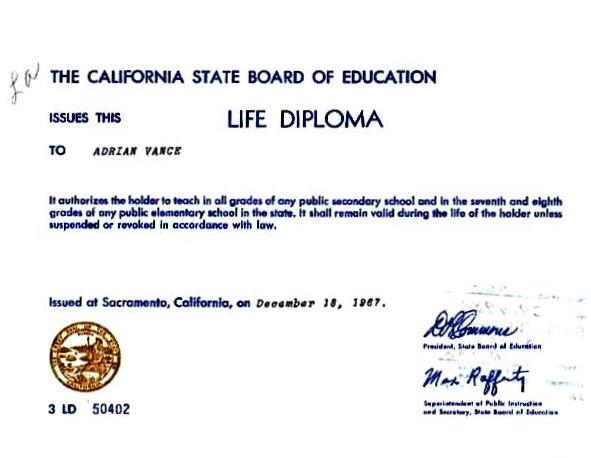 My solution to the problem of school shootings is very simple:  Arm every teacher.

I cannot imagine any experienced teacher, male or female, with three years experience refusing to be armed for the purpose of protecting their students.  The most anti-gun person will turn into one wanting nothing more in life than to protect his, or her, students.  As one who has been there:  You do get that involved.

Long have teachers been charged with the responsibility expressed in the Latin canon as. “En loco parentis,” “In the stead of parents,” and believe me, you do get that involved, but it takes a few years, usually three, before that maturity, or responsibility is realized and the reason the Life Diploma was not awarded until you had served successfully for more than three years.

Where that is the mind of we who got chalk on our clothes I feel we not only deserve to be armed, and would welcome it, but have every right to feel we are equipped to fulfill our destiny be it challenged in this way. Where being licensed as a teacher is so rigorous there should be no reason for not using that process simultaneously for a concealed carry permit.  Add an NRA pistol safety and shooting course and what more can you do.  The combination is at least as rigorous as that for police officers and teacher’s responsibility is just as great.

The psychology of the prototype school shooter is that of a person who seeks targets than cannot shoot back, escape and “get away with it.”  If the next one of these shooters is killed the insane who contemplate such crimes will take schools off their target lists and perhaps we may gain enough knowledge to deal with them directly.