Are Women worse than Nazi’s? 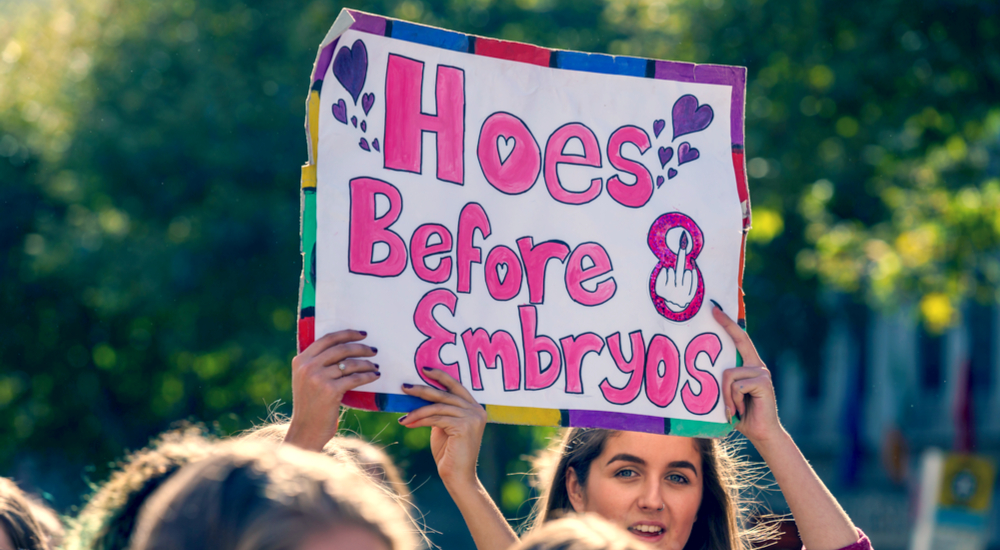 It seems as if the Democrat platform on children is that right up until the moment of birth, a child can be chopped up into little pieces and sold in parts for whatever the market will bear. Women believe it is their right to end the life of their own children as long as that child is still inside them and they have absolute dominance over them. At least that is how far they are willing to go right now. Some have even implied that a child isn’t human during the first couple of years outside of the womb.

Today is January 31st the last day of the first month of the year and to date slightly after 12:45 est,  3,513,728 babies have been aborted by their mothers (worldmeters.info). At this rate, women of the world will surpass the most outrageous claims against the Hitler government in less than 2 months in murders. These “fetuses” are also often tortured to death through saline solution or just by tearing them apart though as the babies parts have become marketable, there has been an effort to preserve parts that may have otherwise been crushed.

For a man all of this seems absolutely horrendous yet for a significant number of women, not only are they fine with abortion many even brag about it and celebrate it.

Maybe that is why Islam is being allowed to infiltrate the West. To right this wrong. In Islamic countries not only can a devout Muslim man find a way to get a permanent abortion from his wife, but since he can have more than one wife he doesn’t have to go through the burden of loneliness post-abortion. In fact aborting a problematic wife may actually have a positive effect on the remaining wives and of course opens up a slot for a new, younger wife.

It is claimed that Hitler’s Germany killed over 6 million people during a several year period and this is promoted as the greatest tragedy in this history of mankind (Stalin doesn’t count). Yet by the time this year is over the baby death count will be well over 36 million children who will never be given even the smallest chance of life and women are celebrated for doing so and have parades with them wearing pink hats with cat ears.

I gotta be honest here. I’d rather be called a Nazi than a pro-abortionist. A bit less blood on my hands.