Are We Legislating Ourselves into Anarchy? 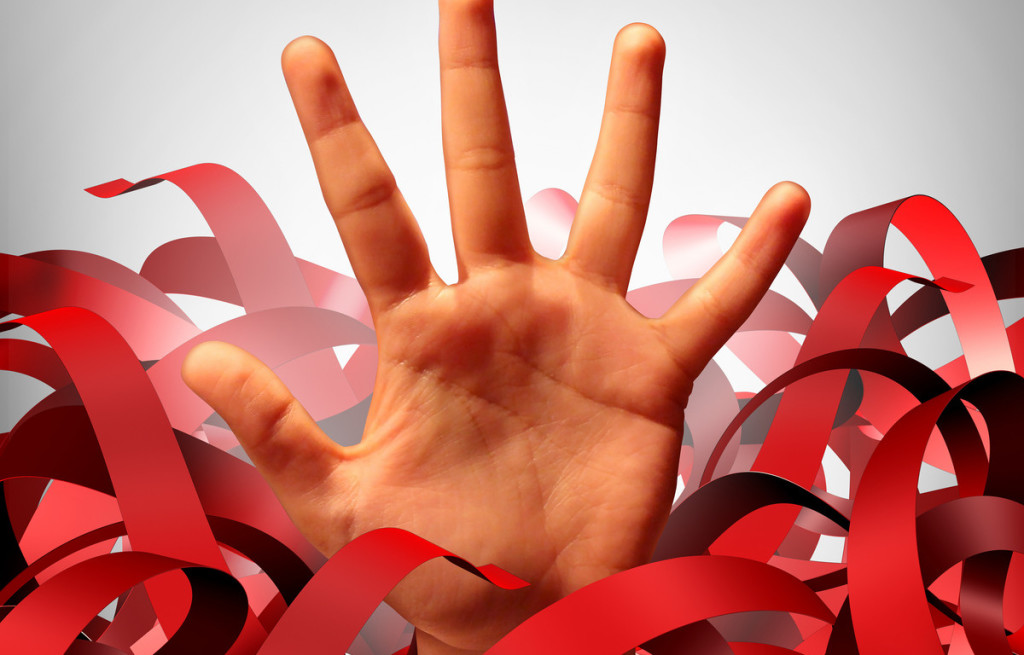 America, the land of the free, is rapidly becoming the land of the restricted.  A man was arrested for skinning a dead alligator in Florida, a woman had her van inspected for cleanliness and appropriateness for goat habitation in Wyoming.  What used to be a simple pleasure, like going fishing, has become a mass of regulations and restrictions that requires the reading studying and hopefully correct interpretation of legalese wrapped up in a bound volume of fishing laws and directives. It has become apparent that the only people than can decide how things should be done ( if they follow their own dictates ) are those with political power.  Many of these people actually don’t do anything, they only tell others how things should be done.

Passing laws to control human behavior is as old as the first dictatorial tribal chief who demanded that things be done his way.  This discouraged the innovation of the thinkers and doers who fought the dominance of physical force imposed by the dominators.  Thus progress was slowed at every expression of will by those who thought their imposition of their whim should reign supreme.  As a side note this phenomena also occurs daily on a mini scale when one individual seeks dominance over another based on a desire for the implementation of servitude. The net result of this behavior of seeking dominance is that nothing gets done in the innovative realm.  What good does it do to squelch the mind of those who can make life longer and better for individuals?  To rationalize this method of dominance the dominators say “its for your own good” as if your own good was theirs to determine and enforce.

Currently we must either pay a tax or a fine or simply refrain, seek permission, risk imprisonment for a multitude of laws that a century ago didn’t exist.  The most blatant and restrictive is the income tax law that requires everyone who does anything productive to forfeit part of their earnings to a bunch of redistribution moguls who claim to know where better to place other people’s money.  They send it overseas to countries that hate us.  They give it to near do wells that refuse to work and perpetuate generations of free loaders.  They fund wars that they refuse to win.  They file lawsuits against businessmen that cost businesses millions to defend against.  They give themselves perks that would make the most well compensated CEO blush.  They ignore the fact that they are responsible for the greatest national debt the world has ever seen. And when they find they are exceeding their budget ( which they constantly do ) do they reduce their expenditures?  No, they talk of rescinding tax cuts and increasing revenues as if the working class is a load of serfs waiting for the tax collector to demand more. Every business they dominate runs at a loss and requires more revenue periodically to keep it going.  The Post office is an obvious example of a monopoly that raises its rates on a whim and is ignored by another Federal agency established to enforce competition ( The FTC ) which is funded in the same manner by public tax dollars.

There are multitudes of examples of the ever growing expansion of government with no end in sight except the looming image of a police state where permission by a government agent is the norm and arbitrary enforcement based on bribery and corruption replaces the voluntary exchange of goods and services.

You don’t see on CSPAN or any network that televises the doings and sayings of any governmental body, a concern that they are on the road to  destroying the country and themselves with it.  They keep fantasizing about “issues” that translates into more welfare spending,ignoring that laws require enforcement and the money and personnel to execute.  And no platform is presented that says, “Wait a minute.  If restriction is necessary for all activities what exempts the government from the same consideration?  What is our role and where should we draw the line?”  Look at any Congressman’s website and examine the endless number of issues you can contact them about as if they had some special expertise that made it possible for them to be knowledgeable in everything from baby formula to defensive weaponry.  Without the title, we have a cadre of miniature wannabe gods that sit on their thrones and decide freely without interference what they can introduce to be voted on while the working class must beg for a permit to construct a fence.

The kings of old had the same attitude toward the serfs.  “You pay and we’ll decide without limitation what we can do and you can’t. What is wrong with this picture?  Damn near everything.  For civilization to take the next leap forward this archaic attitude must be converted into a respect for individual freedom and a vigilance to halt government expansion beyond its well defined nature.  The world does not need a trend toward democracy but a recognition that the individual ( not the family, the group, the collective or some abstract notion like the environment or society ) is the primary entity that needs protection from the initiation of force.  For if the individual is safe, the world is safe.

When laws become so numerous and arbitrarily enforced that citizens are faced with contradictory dictates the net result is not a nation of laws but a nation engaged in anarchy.  There can be such a thing as too many laws.  There can be laws that are not enforced and laws that require being ignored ( such as the black market for goods and services that the government has created shortages for, such as the long lines waiting for health care in Canada).  A nation of laws must be by necessity a nation of understandable objective laws that are enforceable and affordable.  History has proven that governments cannot successfully run any business on a monopoly format and succeed.

The Soviet Union, Nazi Germany, Communist China, Imperial Japan ,Fascist Italy, The Roman Empire, The Dynasties of China, The British Empire, etc, etc. all tried to load their   nations with irrational numerous laws and failed to survive.  Yet our history ignorant politicians dream of a nation that can somehow make this nonsensical notion prevail.  They continue to pass what they cannot afford or enforce.  They continue to ignore the trend and refuse to rescind one iota of their power to act without limitation.  They  attack the only vehicle that can restrain them ( the Constitution ) and the courts mindlessly follow this descent by inventing rulings that give the government more power to suppress the individual.  This suicidal behavior may not have the drama of bombs but it is in essence the way to create a society of desperation and desperate measures.

A recognition that government is an agency that must be limited to avoid its overbearing propensity to create unlimited laws is the beginning of a rebirth of sanity.  When will there arise a politician that can be heard and endorsed not because he wants to expand the reach of government but reduce it to its essential function?

All humans can exert discipline.  It requires a vision for motivation. A short sighted campaign promising the unaffordable is not a vision.  A vision is a view of what could be with the proper policies including the reining in of a runaway government.  There will be no need to pontificate about a warm climate if the United States is in a state of over-legislated anarchy. Of what good will universal healthcare be to a nation in the chaos of gang warfare.  Law and order requires only enough law to prevent and punish the initiators of physical force.  When the initiation of force is coming from the agency that is charged with preventing this atrocity the government has stepped outside its basic function and turned into the monster it was created to destroy.  This is the legacy of failed governments of the past and all had the brand of politician we are seeing today in America.

The old saw about “ There ought to be a law” has never been effectively applied to that which makes law but it applies equally well to those who  cannot restrain themselves to their fundamental charge.  It is the government that needs to act by permission and be restrained from using up the labor and capital of the nation for vast redistribution schemes that can only fail.  A restriction on the type of laws and the number of laws is a place to begin to stop the avalanche that is upon us. The current one world movement of redistribution of wealth and negotiation with thugs for harmony has proven to be self destructive and proceeds with unquestioning fervor.  Voices need to arise to question this rush to oblivion but instead we see a crop of politicians that are mirroring the ghosts of the past that created “Great Societies” and “New Deals” that have produced a dependency population , an unimaginable debt and oblivious lawmakers trying to patch what cannot be repaired by the premises blindly pursued.

Consider how many laws have been implemented in the last 100 years and ask yourself if that rate of coercion can possibly continue to proceed without a land of too many laws turning into a land where law is no longer respected or viciously enforced by mobs of anarchists intent on living by their own brand of justice. This is the Middle East today and the United States tomorrow under the current trend.  Giving Iraq democracy while we shoulder ourselves with chaos is not a noble deed but a strapped on bomb we are detonating on our own citizenry.  Meanwhile we watch a “debate” where all candidates echo their “colleagues” with a common short term idea that all is well but can be made better by passing more laws, redistributing more wealth, sending more aid and spending ourselves silly. Law is good but too much law like any dose of medicine is deadly in excess.  The prescription must be followed to be effective.