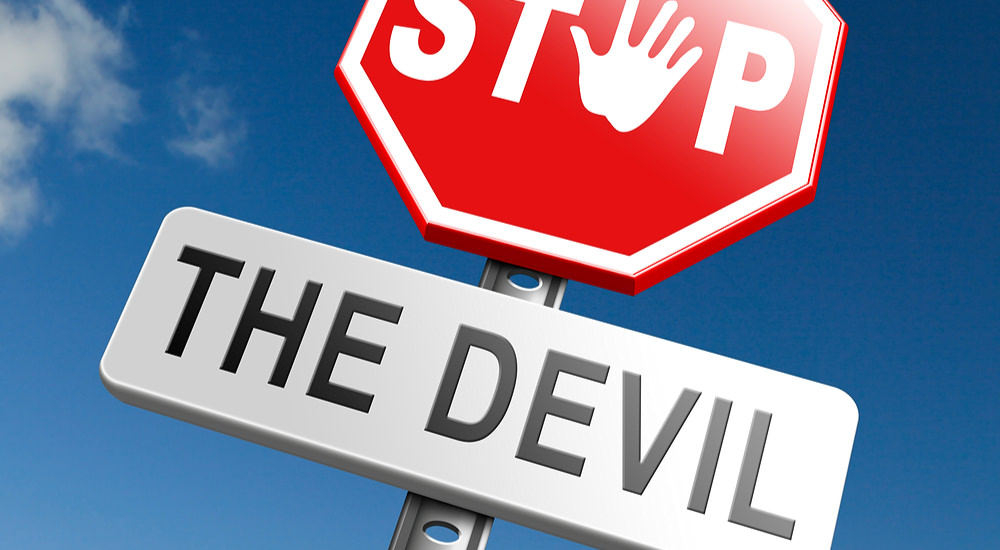 It is an undeniable fact that most Christians take their values and beliefs from other people. When listening to preachers they like, they will retain some of their teachings; when listening to preachers they don’t like, they ignore just about everything being said, whether or not it is truth.  They will read certain authors and underline the bits they like.  They will listen to secular leaders on TV and radio and imbibe whatever is current thinking.  In this way, the majority of Believers build up a formidable store of haphazard knowledge. (See my book: ‘Patchwork Quilt Theology’).

The trouble with this store of knowledge is that it is mostly useless! Information is only valuable if it is true, and we use it. There can be only one type of useful, valuable, Christian knowledge… knowledge that enhances our spiritual lives, given by God, and which points to God and His Truth.  Everything else is worthless.  It does not matter how ‘academic’ a topic is, or how important it is in the eyes of others; if it does not agree with God’s view of things, then, bluntly, it is nothing but rubbish!

Along with this magpie-collecting of odd bits of knowledge, comes a growing interest in New Age ideas, concerning everything from incense and soothing oils, to yoga and spiritualism. Oh, how evil loves to hide its true self behind many guises!  Weird ideas from occultists, New Agers, unbelieving scientists and plain sceptics, have tended to shape popular Christian culture.  So, when it comes to demons, there is a wide diversity of opinion concerning their presence, their ways and their aims. Especially as countless TV programmes feature supposed ghosts.

Many think demons are spirits of the dead – commonly called ghosts and sub-divided into many different types, such as ‘poltergeists’, etc.  Some are thought to be benevolent and others are thought to be malevolent.  This idea that ghosts are spirits of the dead (who cannot find rest) is reinforced by the many claimed sightings of ghosts, which are described as ‘grey ladies’ or ‘headless horsemen’ and so on.  Children are seen and heard, some singing.  Favourite aunts, uncles, or even parents, are seen; usually they have come to ‘comfort’ those they leave behind.  It is assumed, even by Believers, that this ‘proves’ ghosts are spirits of dead people and that most of them mean no harm.

This is a great error, for all ghosts, without exception, are demons: wicked angels, followers of Satan whose only task on this earth is to deceive and to harm.  We are told this in scripture.  We are also told that no man has ever returned from the dead, except for Jesus Christ and those He raised from the dead as special miracles.  Ghosts are never friendly.  They are always wicked, even if they appear to be kind.  Their purpose is to make us believe they are spirits of the dead.  Once they manage to delude us, they continue to hold our attention, so that any belief we may have in God as He is presented in scripture, is eroded to nothing.

Demons are angels who were thrown out of God’s presence (heaven) along with Lucifer (Satan). Satan was the chief of all angels, of incredible beauty and power.  But, he sinned, even before Man sinned.  When he was cast out of heaven, those angels who followed him were also cast out.  All of this is found in scripture.  They were bound to this earth and they have lived here since the world was formed.  They devote their sleepless, evil lives to harming God’s people, deluding and harming others and generally wreaking havoc in the lives of all humankind.  They will persuade and nurture Hitlers and Neros; they will make great preachers fall; they will cause governments to oppress and individuals to rebel. And they begin false religions – Hinduism, for example, is filled with demonic activities (See the long article on my website).

Evolution, much of psychiatry and psychology, many scientific ideas, social practices, are formulated and initiated by demons, through humans. Whole churches can be brought down by hatred, bitterness, envy, backbiting, by evil angels.  Often, they will work through just one person: have you ever come across someone whose very presence makes your skin crawl and whose every word is tinged with malice?  It is highly likely that the person is ‘led by the nose’ by demons. What about those in society whose perversions spill over, often dramatically, so that many in society are at danger (most psychopaths/sociopaths are of this kind)?  It is likely they are the pawns of demons.  Demons are like stalking lions, watching for easy prey.  And when they find someone, they pounce with a boundless, totally vicious ferocity. I have witnessed this personally.

Demons are not just ‘forces’; they are real creatures.  They are spirits, just as God is spirit.  Under normal circumstances they cannot be seen, but they can assume human or any other likeness whenever they wish.  This is how Dad or a favourite aunt can suddenly appear to you.  Demons know what they look like, what they sound like, and everything about their histories, right down to their pet names for you.  How? Because they’ve been around since Creation and observe. So, they mimic loved ones.  And people listen!  They are hooked on an ungodly spirituality!

Demons can speak, too. Witness Jesus talking to Satan, and the demoniac on the sea-shore filled with countless demons?  Here one voice was used to represent possibly thousands of demons in one body… hence he called himself “Legion”.  At times, they can be heard talking through human beings, usually with a different voice.  They can make people howl like rabid dogs, scream like pigs, utter vile curses and so on (which makes actions by some charismatics very dubious).  In other words, demons are powerful, far more powerful than human beings.  But they are not invincible; they are subject to Jesus Christ their Lord!

Christians should treat demons warily, but not with sanctity. They are evil, not holy.  Their power was demolished by Jesus Christ on the cross!  In ordinary language that means Christians cannot be ruled by Satan or demons (but can be influenced, if they give them willing credence).  People can certainly have dirty tricks played on them, or can be made to suffer; but demons know that the Lord is their Maker and their Judge.  They know that one day soon they will be cast into hell along with those who deny Christ.  Our protection is not in ourselves, but in the Lord.  Today is Satan’s ‘day’, before God stops him altogether, so beware.

There is far more we can say, but perhaps the reader is now convinced of the reality of demons. Not to be convinced is to become prey to them.  Demons are a reality of life, but we must not lay awake every night worrying about it.  Rather, we should simply put our lives into the hands of God; He will warn us when necessary and He will keep us, sometimes even when we are being rebellious.  Remember, too, that Christians can become oppressed by demons, usually when they are doing something they should not be doing.  Sometimes, however, demons are allowed by God to attack us, so that we may gain strength spiritually as we fight in Christ’s Name (note the attacks on Job).

As for so-called ‘exorcism’… forget about it! Full-time exorcists are not being Biblical and there are no ‘rites’ of exorcism.  Christians who are always on the look-out for demons to exorcise are heading for big trouble!  Indeed, they are being deluded and used by the very demons they wish to find.

(Note: The above facts are now an inherent part of charismatic practices – especially in the so-called ‘Toronto Blessing’ and its many sub-practices.  I have no doubt whatever that demons are the root, stem and flower of this godless movement.  That explains the appalling rejection of Biblical teaching and the inability of leaders to think along Biblical lines.  We also see demon activity in sexual and violent actions, lies and twisting of scripture.  All the signs are there, for those who are faithful).