Who is AR-15 and Why Does the Media Hate Him? 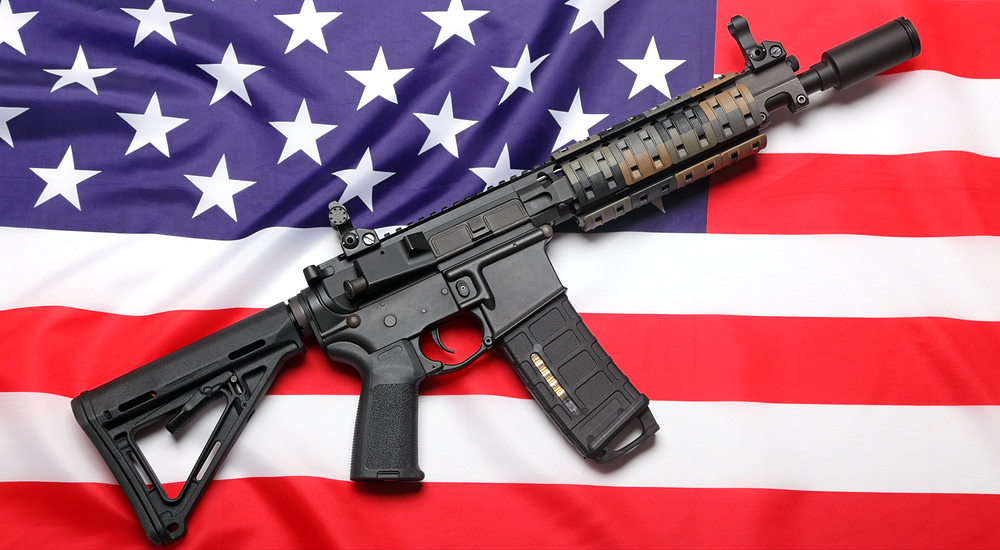 Have you noticed that every-time there is a shooting, the Liberal pundits and haters of the Constitution use the AR-15 as their gun to hate? The problem is the AR-15 is the civilian semi-automatic version of the fully automatic military model M16. Now, why would the ideology of Liberals try to convince you that this gun is bad? Well, let us look at the manufacturer.

Colt manufacturers the AR15 and M16. The AR15 is made so it cannot become automatic and meets all necessary legal obligations for safety. The colt gun manufacturer is one of the oldest gun manufacturers in the country, and with that, Liberals believe that if they hit Colt, then it will start the backdoor approach to taking away all American’s rights to owning guns.

Semi-automatic AR-15s for sale to civilians are internally different from the fully automatic M16, although nearly identical in external appearance. The hammer and trigger mechanisms are of a different design. The bolt carrier and internal lower receiver of semi-automatic versions are milled differently so that the firing mechanisms are not interchangeable. The design changes were done to satisfy United States Bureau of Alcohol, Tobacco, Firearms and Explosives (ATF) requirements that civilian weapons may not be easily convertible to full-automatic.

IT is not the gun that fires on its own, nor is it that it can automatically spread a wild strip of bullets like one sees on television and the movie halls today. Those weapons are make believe and are shown for impact. Automatic variants have a three-position rotating selective fire switch, allowing the operator to select between three modes: safe, semi-automatic, and either automatic or three-round burst, depending on the model, generally a military version that would be better known as the M16. Civilian Colt AR-15 models do not have three-round burst or automatic settings; they can only be fired as a semi-automatic, and are therefore not selective fire weapons. In semi-automatic-only variants, the switch only selects between safe and fire modes.

So let us all get this straight. The semi-automatic version-the civilian version can only be switched from two modes, either safe or to the fire mode. There is no choice with any type of burst, or three round, or automatic shooting. So why do they discuss the AR15? It is easy for the layman not to see the difference, and see an M16, and watch a video showing its capabilities, and a layman would believe it is the AR15.

IF you are a true Constitutionalist and a gun enthusiast, then it would behoove you to support Colt and purchase an AR15 gun for civilian use.

Many other countries believe the AR15 is ok.

In Austria, semi-automatic centerfire rifles have to be classified as sporting or hunting firearms in order to obtain civilian-legal status

Semi-automatic firearms and thus AR-15 type rifles are legal to own, if in possession of the correct license.

The Government of Canada classifies the AR-15 (and its variants) as a restricted firearm. For anyone wanting to lawfully own an AR-15, they must obtain a Possession and Acquisition License (PAL) valid for restricted firearms (RPAL) and then each acquisition of a restricted class firearm is subject to approval by the Chief Firearms Officer (CFO) of the would-be buyer’s province of residence. Better known as a license to own.

The Czech Firearms Act categorizes semi-automatic rifles as “Class B” firearm. Class B firearms are available to anyone with a firearm license, which is shall issue (i.e. cannot be denied) subject to fulfillment of the act’s conditions

In France, any semi-automatic firearms using military calibers (9mm, 5.56 NATO, 7.62×39, 7.62 NATO, .45 ACP, .50 BMG, and .50 AE.) are authorized as ‘B category’ weapons. While fully automatic ‘A category’ weapons are highly restricted, semi-automatic ones are legal for civilian possession. A hunting or sports shooting license is required to possess and purchase any firearm, as well as ammunition, in France.

Now I could continue with country after country, but as you can see, this is not a gun to fear, when we have the Constitutional right to bear arms. The information of the countries above are accurate at the time of publishing and was supplied by countries and Wikipedia.

So the question again, is why do Liberals always cry wolf and use the AR15 as their display when they demand we lose our Constitutional Right to own guns?

Ask your Liberal politicians to explain why, and ask them to tell you why they want to really ban guns from civilians? Tell them that they are perverting the Constitution, and the 2nd amendment of the Constitution. Ask them if they think you sent them to pervert the Constitution or to make America safer?