Apparently Everything Needs a Social Justice Cause 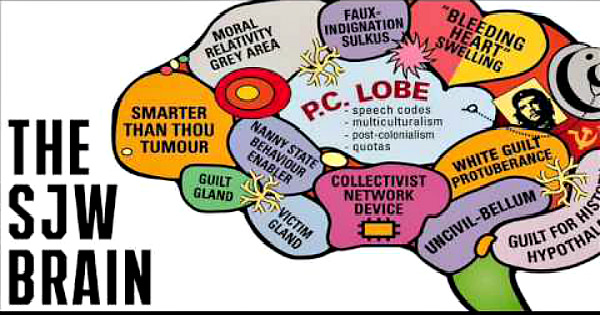 Albert Einstein once said, “Logic will get you from A to B. Imagination will take you everywhere.” Unfortunately, the imagination of the Left compels the masses to comply with whatever it dictates, no matter how implausible the idea may be. There are countless examples of this, among them, the definition of marriage, the classification of gender, and the cause of climate change.

Arguably the most prominent example is the need for “social justice,” which often works in tandem with the idea of “globalism,” translating into redistribution of wealth and goods from richer to poorer nations and equalizing the world as a whole. And, according to The College Fix, the Leftist academia has a new idea of how to “bring students’ attention to the ‘key social inequalities’ involved in the production and consumption of food in the modern world,” a course at Cal State Fullerton solely dedicated to “food justice.”

The course is entitled “The Social Life of Food.” It is taught by sociology associate professor Dr. Dana Collins, who stated in an email interview with The College Fix that “the course’s objectives are three-fold: to help students ‘bring their sociological curiosity to food;’ to allow them to ‘understand how all food has a social life, which includes its production within a global food system that rests upon and reproduces global social inequalities;’ and to motivate them to ‘learn about, imagine, and act upon the possibilities of food justice!’” Collins added that the course would consist of food documentaries, instruction from other food justice activists, and composing a decolonized recipe.

Of course, no left-wing experiment would be complete without an anti-President Trump sentiment. One of the final assignments includes choosing and analyzing a “build strategy” from an apparently anti-Trump website, ungovernable2017.com. The site is a center for resistance to Trump and his administration and includes a pledge to “create a resistance movement that makes Trump unable to govern.” The pledge continues on to call for refusal to “give hatred a chance to govern” and “a chance to roll back civil and human rights.” The site also claims that “the United States has always been a problematic project,” and wants to push for white supremacy, fascism and patriarchy.

Is anyone surprised that a college degree doesn’t mean what it used to to employers, that many students cannot find a job after graduation, and are left with massive amounts of tuition debt? Our society has ingrained Leftist values so deeply into our nation’s youth that instead of majoring in useful areas, we now encourage majors in women’s and transgender studies, which, in essence, teach nothing relevant to the job market.

The Left claims it wants to help students relieve their debts by making college tuition free. However, the notion of free tuition to develop an unmarketable skill is ludicrous. Here’s a better idea- why not encourage students to major in something actually useful?