Antifa is Absolutely Not What They Claim to Be! 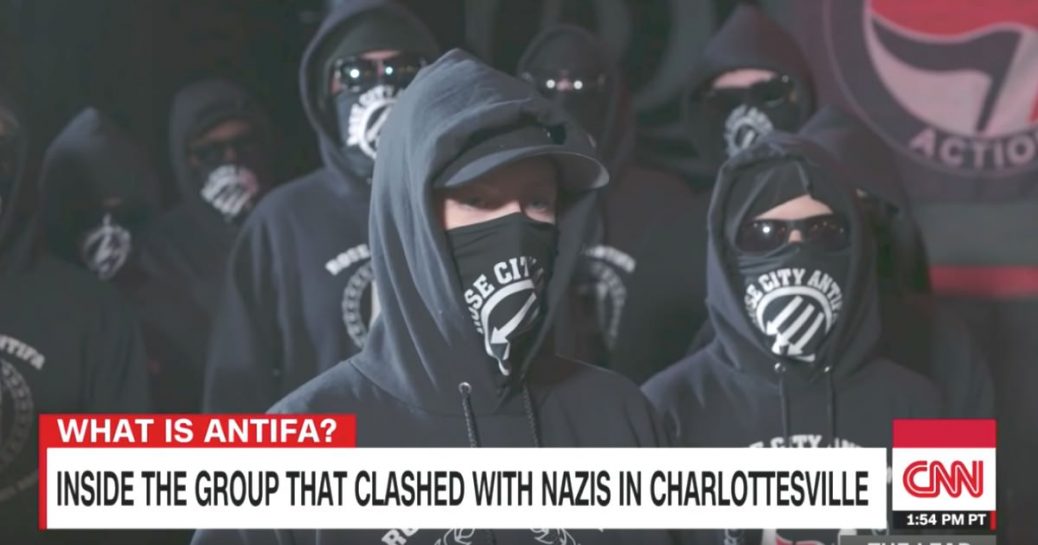 The Anti-Fascism movement has been in existence since the 1920’s in various forms. It originated as a loosely organized movement to fight the spread of Fascism in Europe.

Antifa is NOT actually true Anti-Fascism! Antifa is a well-organized and well-funded group with the expressed purpose of fighting against “White Supremacy”, which they claim is Fascist. But this is NOT WHAT Antifa is either! Antifa is a new and uniquely American group of professional (organized and paid) violent anarchist with one objective. That objective is to destroy America’s current, Constitutional Republic form of government so it can be replaced with a Fascist form of government and become part of the “New World Order”. ULTIMATELY ANTIFA  ITSELF IS AN ORGANIZED FASCIST GROUP!

If you watch any video footage of Antifa “anti-rally” or “anti-protest” activity you will see that they show up in large numbers wearing mask and protective gear and carrying weapons. These weapons include clubs, bottles, balloons filled with urine and feces, and sling shots to use to launch projectiles, including the urine and feces projectiles, at the police and legal rally or protest participants.

The Antifa thugs were not only allowed to gain strength during the Obama Administration, they were allowed  and even encouraged to become openly violent with the knowledge that they would not be arrested or charged with any crimes regardless of what they did.

The good news is that police departments, including Berkeley recently began to stand up to violent protesters, including Antifa. The police are actually forcing the violent protesters to disperse, making arrest and charging people with crimes. Some are being charged with felonies!  The people arrested are also being prosecuted, not simply being released to walk away!  Tim Kane’s son was recently found guilty of charges of public violence at a protest in Minnesota late last year.

More important, some of the “leaders” of previous violent protest have recently been arrested and charged with crimes. One example is the middle school teacher in Southern California that was one of the leaders in the violent Berkeley protest earlier this year. After the violent protest she went on shows like FOX NEWS’ Tucker Carlson show to loudly claim that she was within her rights and was fighting Fascism.

Here is another great example of the difference in how things were under the Obama Administration and how they are during the first months of the Trump Administration. Far Left college professors are actually losing their jobs for disgusting public statements supporting violence against Conservatives, Right Wing groups and police. Here is a recent example. Michael Issacson, a professor at a well-known college of Criminal Justice in New York actually went on Tucker Carlson’s show to claim that he was an original organizer of Antifa. He then tweeted this, “Some of y’all might think it sucks being an anti-fascist teacher at John Jay College but I think it’s a privilege to teach future dead cop”.  Social media exploded with outrage against this professor’s tweet and he was immediately suspended.

It is unarguable that Antifa should be on the “Domestic Terrorist List” Congress asked the President to create in the resolution they passed on September 11 and 12 condemning all hate groups!

Things are not changing fast enough for most of us but they are changing for the good of America!