Anti-Trump Instigators and other Dissenters in Our Republic 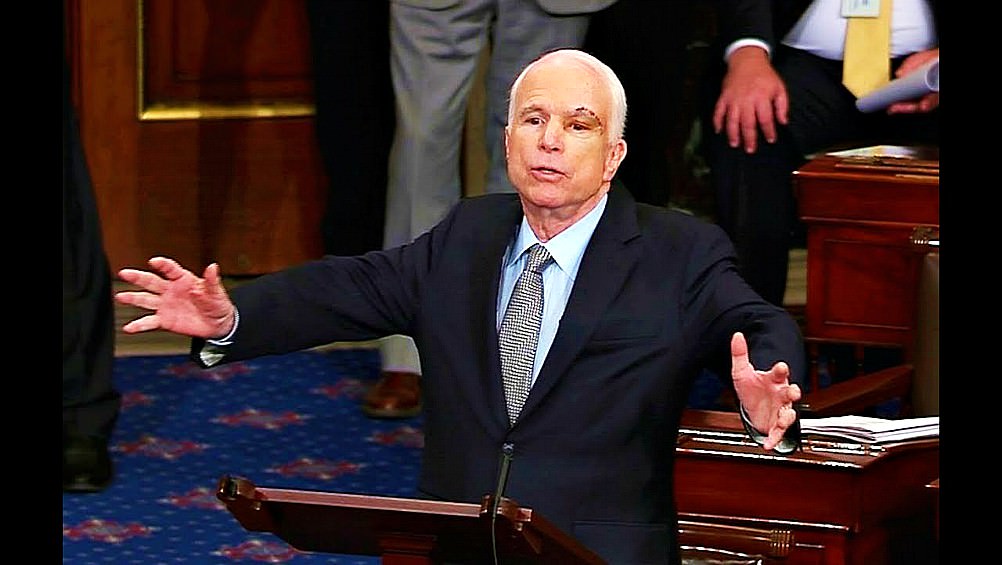 [THE FOLLOWING EXCERPTS ARE FROM NOTES FOR A FUTURE PUBLICATION. OPINIONS ARE WELCOME IF PROPERLY PUT FORWARD. (J.F.C.) ]

The first one coming to mind would be Sen. John McCain; one of the first to have the nickname ‘RINO’.

The family of the late Senator McCain, especially his daughter Meghan, are delusional about his true self. I will refer to Meghan as I only read and hear what she has to say, and her inappropriate words at his Funeral service still resonate in my mind, As a member of THE VIEW with Whoopie Goldberg and Joy Behar, her views are questionable, even relating to her father.

John McCain, the infamous pilot whose plane was downed, and subsequently was taken prisoner; in the photo of him laying in a bed during his incarceration as a prisoner of war, one is led to believe he was tortured. I believe this was not the case. As I understand it, these injuries, as depicted in the photo, were sustained when he ejected from his plane. Supposedly he did not follow the proper protocols of ejection and therefore sustained injury. Is that not indicative of John McCain? (Follow his own rule and the rest be damned)

I understand that President Trump made disparaging remarks alluding to McCain not being a hero. And this may very well be close to the truth.

Supposedly he was offered release in lieu of his family’s background, but it has been proffered that he refused.

His Father and Grandfather both served in the Military admirably, reaching high echelon status as officers; and obviously this information was put forth in an attempt to gain freedom for John McCain.

One can take what they will from this information, and I, well I have formed the opinion that John McCain did not live the picture painted by his supporters. I do not believe him to have been a hero. On the contrary. I find my opinion of him to be rather discouraging.

Senator McCain, in my opinion, presented as a Sociopath. Very much for himself and his public persona, and the devil with anyone else.

Now I don’t make a habit of speaking ill of those that have passed on; but considering that Sen. McCain was a popular public figure, I feel, as a public opinion contributor, I must put forth all sides of a story.

Now, moving on to newly elected Senator Romney: The Senator’s record of public service is a two-sided narrative. His run for the Presidency against Obama was a weak endeavor. It was like a Nerd debating the professional orator. (the Nerd being Romney as Obama is quite the public speaker).
Romney looks Presidential, and that is all he has going for him. Senator Romney’s comments on Trump, referring to his lack of Presidential behavior and speaking, reflect badly on the American people who put him (Trump) in office. And in my opinion, his tirades against Trump have been fostered by his not getting a sit on the infamous Cabinet.

Once again, I say that I believe our Nation should consider and embrace the idea that a Businessman, with his brash, knowledgeable, honest manner of speaking, is something perhaps we should get used to. I prefer such an attitude much more than the soft, smooth, phony smiles of our Politicians, their hypocrisy, and manipulation of facts. The epitome of this, I feel, was President Lyndon Johnson.

He exhibited a forced smile as he added a great deal of Socialism to our policies; and moved the Social Security accounts to a flexible spending fund. Such a stark difference from JFK and Pres. Johnson campaigned against JFK for the nomination. Johnson was never happy about taking a back seat to this young and popular newcomer; an anger that I believe, motivated his behavior as President. Those among us that thrive on conspiracy have alluded to President Johnson affecting the assassination of JFK!