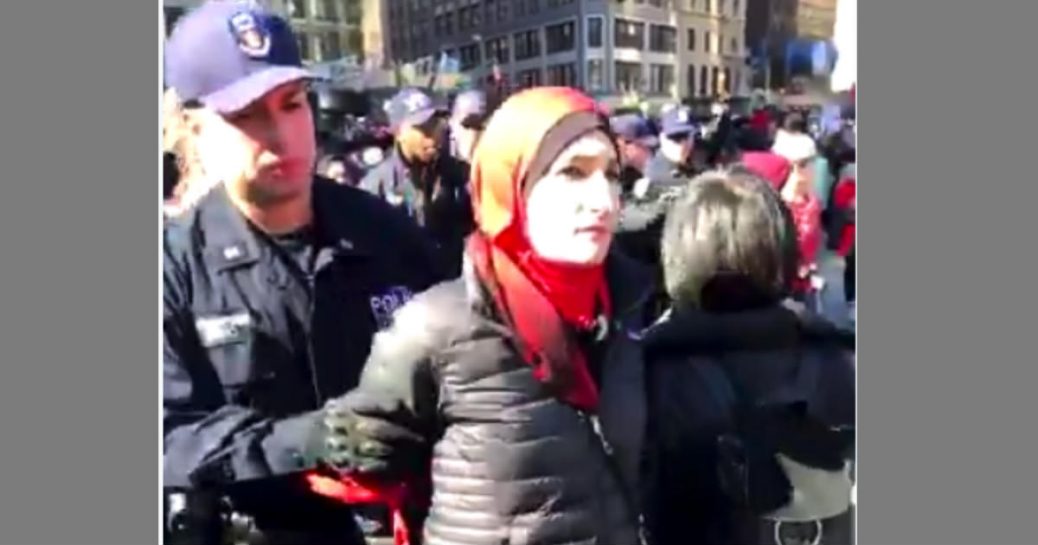 Sarsour is one of the leader’s of the “Women’s March” movement and has been unmasked as a belligerent anti-Semite and Muslim terrorist supporter.

Event organizer, Linda Sarsour, took the stage as well.  Sarsour is a strong advocate for Sharia Law, which commands “honor” killings.  Male family members may legally execute female relatives to restore “honor” if she disgraces the family.  These offenses include not wearing a hijab, talking to a non-family male, engaging in homosexuality, or having premarital sex.  Birth control is forbidden and women obtaining an abortion are themselves killed.  But what about rape victims?  Sharia Law allows her execution for having sex outside of marriage.  It also permits the murder of all homosexuals and LGBT members.  Sharia Law denounces everything the protesters marched for.  Yet they cheered Sarsour, who praises Sharia Law, the antitheses of “Women’s Rights.”