Another Plea for Mike Lee 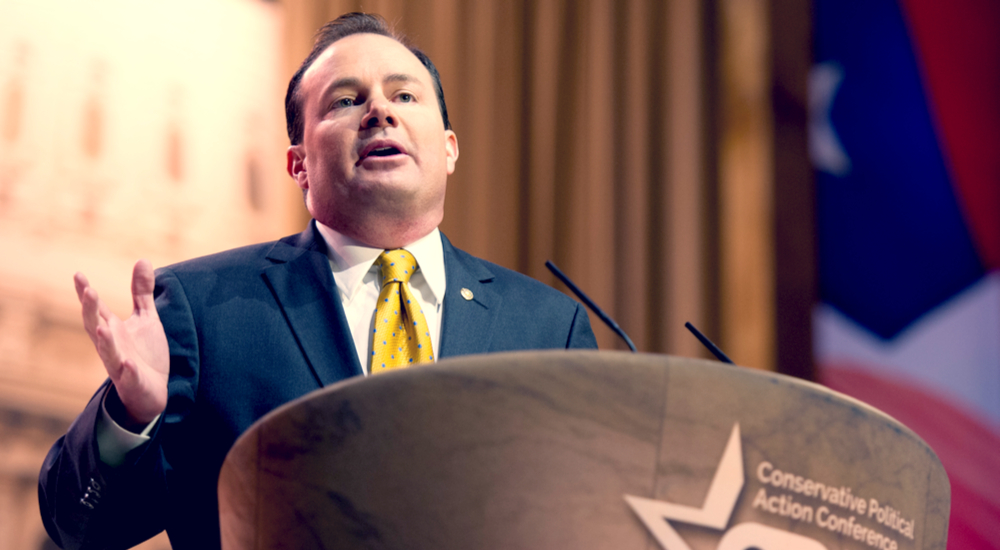 Justice Ruth Bader Ginsburg had another health scare recently. After surgery and treatment, she has apparently been given a clean

But this latest scare has once again prompted many to speculate just when Ginsburg will decide to hang it up, or that her failing health might decide.

This will mean that Trump will get a third bite at the Supreme Court apple.

Many thought that the Kavanaugh confirmation would flip the court from progressive to constitutionalist, but that may not end up being the case. This one, however, could put the final nail in the coffin of leftist court activism.

But recent history is replete with Republican “wrong” choices for Supreme Court, from David Souter to John Paul Stevens, Sandra Day O’Connor and, of course, Mr. swing-vote, Anthony Kennedy. Chief Justice John Roberts has turned out be anything but a constitutionalist. Thanks to Roberts, we have ObamaCare.

The problem a president has with any court nominee is transparency. Litmus test questions can’t or won’t be asked or answered. So how does one really know where these nominees stand?

Until your choice actually begins ruling on cases, you can never be sure he or she is what you imagined them to be. By that time, as we know, it’s too late. As these are lifetime appointments, Americans are stuck with them, many times suffering the disastrous consequences of multiple wrong choices.

Conservatives mistakenly rallied to Justice Kavanaugh because of the pounding he got at the hands of the Democrats. He was sold as a rock-solid conservative and pro-life advocate, yet in his first time on the bench, both Kavanaugh and Chief Justice John Roberts sided with their liberal colleagues and declined to hear two cases involving Planned Parenthood.

Well, it’s time to stop repeating the mistakes of the past and have a nomination ready to go should Justice Ginsburg fall ill or retire.

There is only one candidate right for this job, and that is Utah Senator Mike Lee. There is no more transparent choice than Mike Lee.

If he picks an originalist constitutionalist like Lee, he will surely surpass Reagan as the greatest conservative president in modern history. And as Lee would be the only provable constitutionalist on any short list, the choice should be undeniable.

How do I know Lee is the only proven constitutionalist?

Unlike others who’ve made Trump’s “list,” Lee is the only politician.

Normally, this is said to be a problem. Politicians are public figures and it’s easy for the opposition to find dirt – an old article, speech, or campaign faux pas.

Not this time. This time transparency is an advantage.

Lee has been in the Senate for eight years. Every Senator on the Judiciary Committee knows Lee. Anyone can look at his stances on every issue and how he has voted. He would be the only candidate of which this can be said.

As I stated, most agree that there should be no litmus test for a nominee, so if questions won’t or can’t be asked of prospective non-politician choices, where they stand or how they may rule on a given issue, how does one otherwise determine?

The short answer is that it can’t. Without a “paper trail” of sorts, there is no way to be sure. It’s a crap shoot.

However, there is no question where Sen. Lee stands on every issue under the sun. He is an open book of constitutional fealty and courage. There is no one smarter or more well-versed on the Constitution and original intent. And he, more than any other candidate, has suffered the slings and arrows of both the left and establishment right, who sought to unseat him in Utah.

He has been absolutely unwavering in his commitment to protect and defend the Constitution. Lee has a 100 percent conservative rating on the CR Liberty Scorecard. As Conservative Review does not take into account “extra credit,” 100 percent is the highest score achievable.

President Trump says he wants a justice who will uphold the Constitution. If this is truly so, his only option is to nominate Mike Lee. The nomination and subsequent confirmation of Mike Lee could make Trump’s presidency for all time. By make it, I mean Mount Rushmore make it.