Another Kelly on Network Television 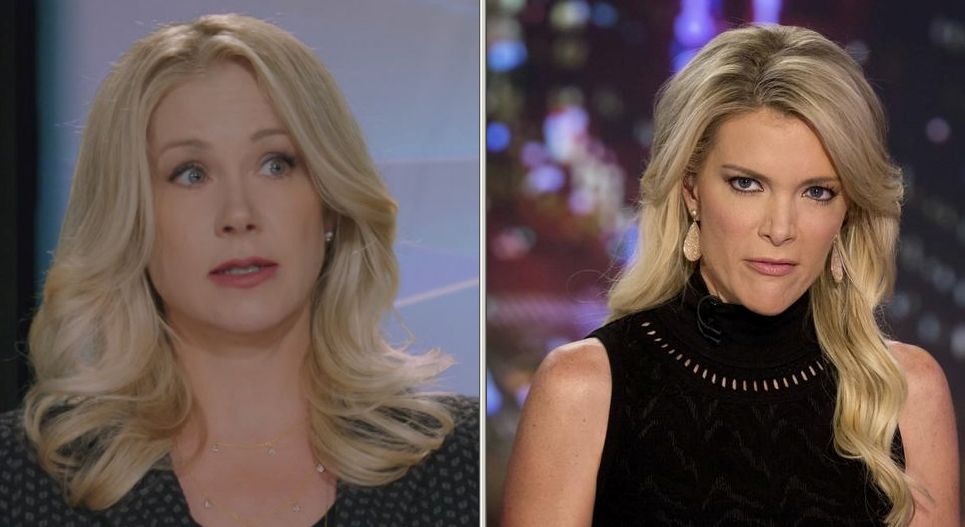 You will recall with glee the television comedy show “Married with Children.” It featured a beautiful, dumb, blonde girl named Kelly. Today, we find ourselves in a similar situation. The attractive Megyn Kelly is now on television every Sunday night, the same night as the other Kelly had. Just like the other Kelly, Megyn says the darndest things.

In her premiere episode of “Sunday Night with Megyn Kelly,” she interviewed Russian President Vladimir Putin. She asked Kelly Bundy quality questions and Putin sighed, rolled his eyes, and tried not to be too insulting in his answers. Below are excerpts of the interview. I shorten Kelly’s questions for brevity. I shorten Putin’s answers to provide just the funny parts.

Kelly: “… 17 intelligence agencies concluded …that Russia was behind the interference with our American presidential election …”

Putin: “… I have not once seen any direct proof of Russia’s interference … no interference from the outside … can influence the final outcome of the elections.”

Kelly: “A special counsel has been appointed to investigate contacts between your government and the Trump campaign.”

Putin: “There were no sessions.”

Kelly: “No meetings between Ambassador Kislyak and anybody from the Trump campaign?”

Putin: “It’s just absurd. Do you even understand what you are asking me?”

Putin: “Do you think I have the time to talk to our ambassadors all over the world every day? This is nonsense.”

Putin: “… these are your domestic political squabbles. So you deal with them. … You know, you’re just very resourceful people there, well done, probably your lives there are boring.”

Kelly: “… General Michael Flynn … What was the nature of your relationship with him?”

Putin: “… I said hello, we sat next to each other, then I said goodbye and left. … you and I, we have spent an entire day together, and Mr. Flynn was fired from his job, you then should be arrested and put in jail.”

Kelly: “… Vladimir Putin … He runs a country full of corruption …”

Putin: “Why do you believe you are entitled to put such questions to us and, mind you, do it all the time, to moralize and to teach us how we should live?”

Kelly: “Do you have something damaging on our president?”

Putin: “Well, this is just another piece of nonsense. … Have you lost your minds there or something? … Are you all right in the head, all of you there?”

Only someone named Kelly could make the head of Russia appear sympathetic and even funny. It is good to know that network television has an entertaining comedy show on Sunday once again.