Another Black History Month Exploited by the Left 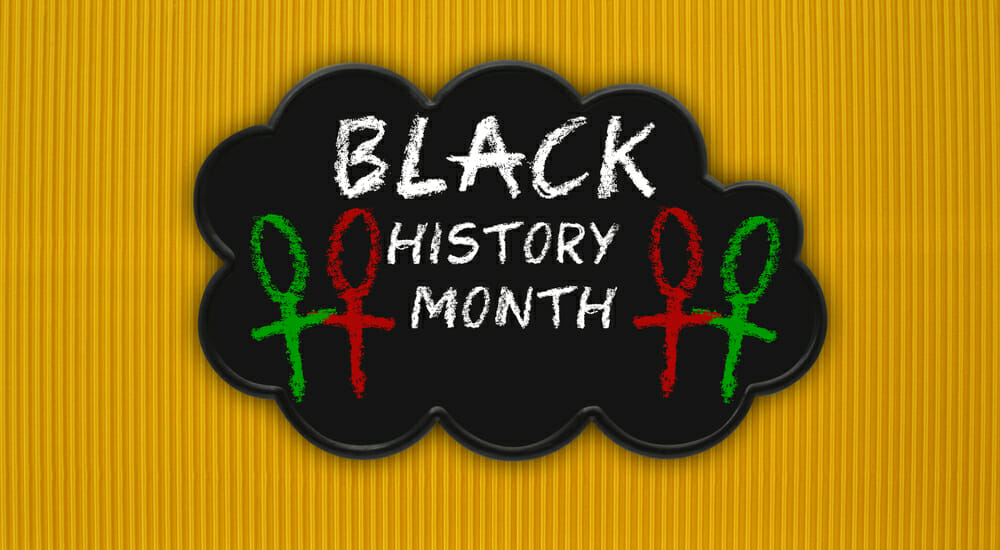 I am a 69 year old proud American who happens to be black. The American Left (Democrats, Hollywood and fake news media) exploit Black History Month as an opportunity to further their lie that America is eternally racist and a hellhole for blacks. BHM should feature the truth that America is the greatest land of opportunity on the planet for all who choose to go for it; regardless of race, color, creed or gender. Blacks are only 12% of the U.S. population. Therefore, black millionaires and billionaires like Oprah, Samuel L Jackson, Colin Kaepernick and countless others confirm my point; white America made these blacks extremely wealthy.

And yet, sadly, most millennial blacks believe the Left’s lie that their opportunities for success are limited. They believe white cops murder black men on sight. They believe white America is obsessed with conceiving dirty tricks to keep blacks down.

It is interesting that the American Left which includes the NAACP and Congressional Black Caucus despises and seeks to destroy successful blacks who bear witness to the greatness of America. I am talking about blacks like world renowned retired neurosurgeon Dr Ben Carson, businessman extraordinaire Herman Cain and Supreme Court Justice Clarence Thomas. Without lowered standards or special concessions due to their skin-color, these blacks achieved success the old fashion way. They earned it.

Imagine driving down a dusty country road on a spring day in the 1950s. You see a dirty little black boy in a field picking cotton. Only in America could that black boy grow up to become one of the most powerful men in the world, Supreme Court Justice Clarence Thomas. You will never see the American Left using Justice Thomas’ remarkable American story during BHM to inspire black youths. Leftist only feature blacks whom they claim achieved success in spite of America’s rabid racism or sexism.

The American Left strives to convince all Americans that they are victims of either Christians, conservatives, Republicans, the rich or straight white men. Individuality and self-reliance are as repulsive to Leftists as crossing Dracula the cross. Leftists’ dream is for all Americans to be dependent upon and thereby controlled by big tyrannical government. Leftists want government to force their agenda items down our throats that would never be approved by voters.

A glaring example of Leftists not really giving a rat’s derriere about blacks is the Congressional Black Caucus’ response to Trump announcing in his SOTU that black unemployment is at a record low. http://bit.ly/2FFD426 Wouldn’t that good news be cause for applause from people who supposedly represent blacks? And yet, the CBC sat stone-faced refusing to applaud with others in the capital hall. It was stomach turning seeing Leftist operative CBC members wearing their little African clothes draped over their shoulders. These clothes are suppose to show CBC members’ super commitment to black Americans. These people (CBC members) are shameless traitors to their fellow black Americans. http://bit.ly/2E7vJLD

Despite Trump reaching out and implementing policies helpful to blacks http://fxn.ws/2CNsoAV the evil CBC is hellbent on deceiving black Americans into believing their lie that Trump is racist. One of my brothers is an outspoken black Christian conservative Republican. In his mostly black community and church, my brother boldly challenges blacks to tell him one thing Trump has said or done to prove Trump is racist. They can not. Like Sheep-ple, blacks in my brother’s church and community believe Trump is racist solely because Democrats, Hollywood and fake news media have told them Trump is racist.

Democrats must keep blacks believing America is a hellhole for blacks; believing their lie that Trump and all conservatives/republicans are racist. Democrats must keep their lie alive that blacks’ only hope is to continue monolith voting for Democrats. The problem is blacks’ brain-dead loyalty to Democrats has reaped direr consequences. Blacks murder each other in record numbers in cities controlled by Democrats for decades. http://bit.ly/2DVMCpo Blacks are engaged in self genocide due to disproportionate high numbers of abortions. http://bit.ly/2nx4D7j High numbers of fatherless households births epidemic numbers of blacks joining gangs, school dropouts, black on black crime, incarcerations and poverty.

Democrats are insidious enablers; nurturing problems in black communities by lowering cultural, moral and intellectual standards for us in the name of compassion. After all, according to Leftists, we black folks ain’t too bright. Democrats relieve blacks of any accountability or responsibility for their failure or success; claiming our fate rest solely in the hands of white America. Notice how Democrats/Leftists are always advocating lowering the bar and giving us free stuff; addicting us to government freebies.

I am applauded by the Democrats’ bigotry of lowered expectations regarding my fellow black Americans. As a black man I can say this. Our problem is not whitey persecuting us. Our problems are rooted in blacks allowing their loyalty to Democrats to morally bankrupt our communities. http://bit.ly/2FHhZVb It was amazing seeing many black clergy abandoning the Bible’s view of sex same marriage because Obama was for same sex marriage.

If Leftists were honest, they would really call BHM their “America Still Sucks for Blacks Month”. Every February, Leftists use BHM to guilt-trip a new generation of whites and convince blacks to continue sleeping with their enemies by voting for Democrats.

Blacks like me who love their country and realize the obvious blessing of being born an American are excoriated by Leftists. Leftists call us Uncle Toms suffering with Stockholm Syndrome.

But here is the truth.

American is the greatest land of opportunity on the planet for all who choose to go for it. To my fellow blacks, reject the American Lefts’ daily-you-are-a-victim excrement. Pursue your American dream via education, hard work and right choices. Pure and simple.